"For our attacking players, we want to create an environment in which they can flourish."

Stephen Kenny has promised that his Republic of Ireland Under-21 team will be positive and confident and will take an attacking approach as they begin their qualification campaign for the 2021 Under-21 European Championships.

Kenny's first competitive game as manager of the underage team is on Sunday evening in Tallaght Stadium, when the side host Luxembourg.

With Italy, Sweden, Armenia and Iceland also in the group, Ireland will need to get off to a positive start. 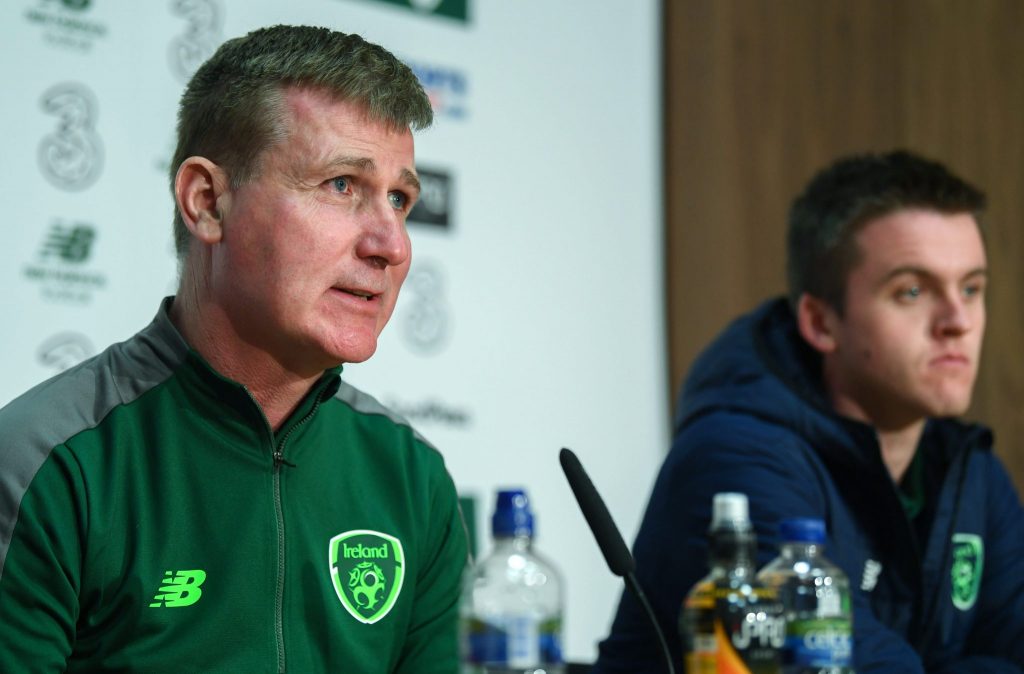 But Kenny has vowed that his team will play on the front foot and take a "very positive approach" to the campaign.

"For our attacking players, we want to create an environment in which they can flourish. That’s the important part of it for me," Kenny told reporters on Tuesday at FAI HQ in Abbottstown.

"A lot of the players haven’t played together before. We promoted five players from the Under-19s and some from the Under-18s. We also have some players in the squad who have never been capped at any level.

"So, we are working to formulate a team and make sure we are absolutely ready for Sunday." 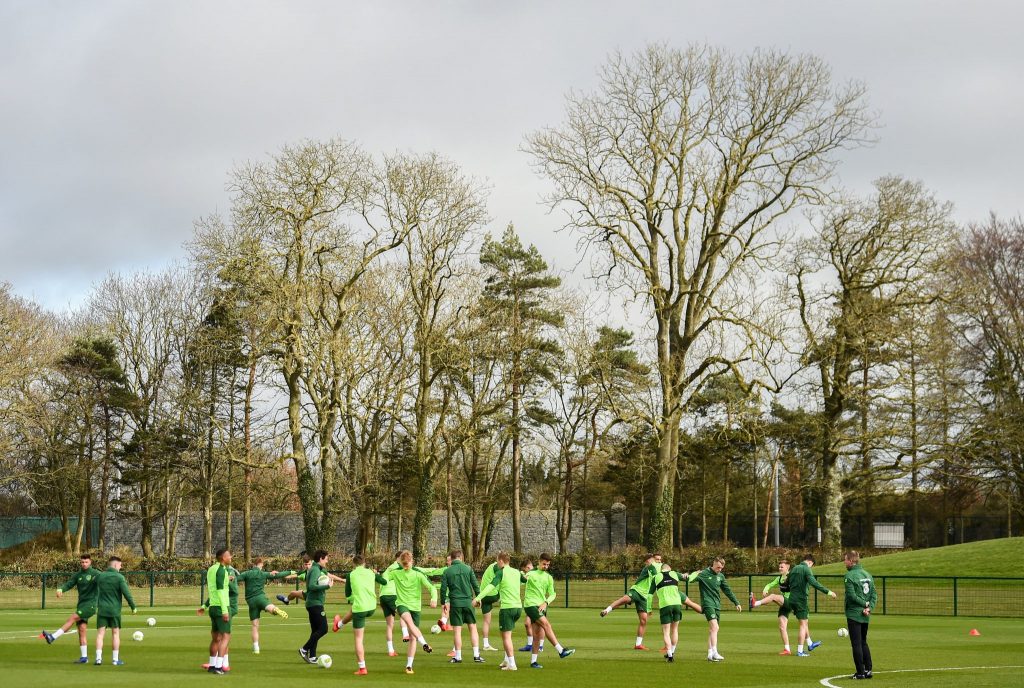 "We want every player comfortable in possession," the former Dundalk manager continued.

"We want maximum width in our passing. (We want) our back four to make the pitch as big as we can. The rotation of the midfield is very important, we want our midfield to be fluid and to switch positions.

"These are important aspects of how we play. And it's about finding combinations between full-backs and wingers, midfield players and forwards.

"Just to have that connection, to practice that in training and bring it into the game on Sunday."

Kenny will become Ireland senior team manager in August 2020 and will not complete the under-21 campaign. However, that doesn't appear to have caused any issue with his new players. 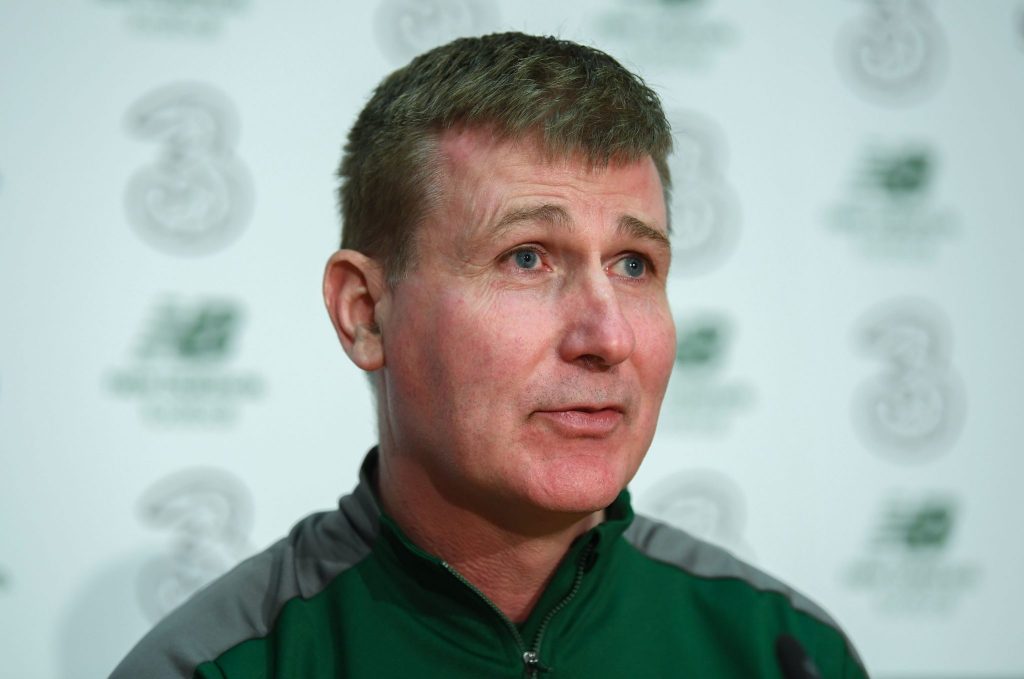 According to Jayson Molumby, Kenny has wasted no time in getting his message across to the squad and they are looking forward to playing in such an expansive way.

"He has just drilled into us early. We all know already what he wants from us and I think the boys have already taken to what he wants," the Brighton and Hove Albion midfielder said.

"He wants us to be confident on the ball, wants everyone to be free and play with freedom and we’re all happy enough to go ahead and do that.

"I think we all really happy with that. Because you get managers who are really intense on the structural side of the game, want us to defend deep or drop off.

"Stephen has just given us the freedom to do what we feel is right and manage our own situations, and we’re delighted with that." 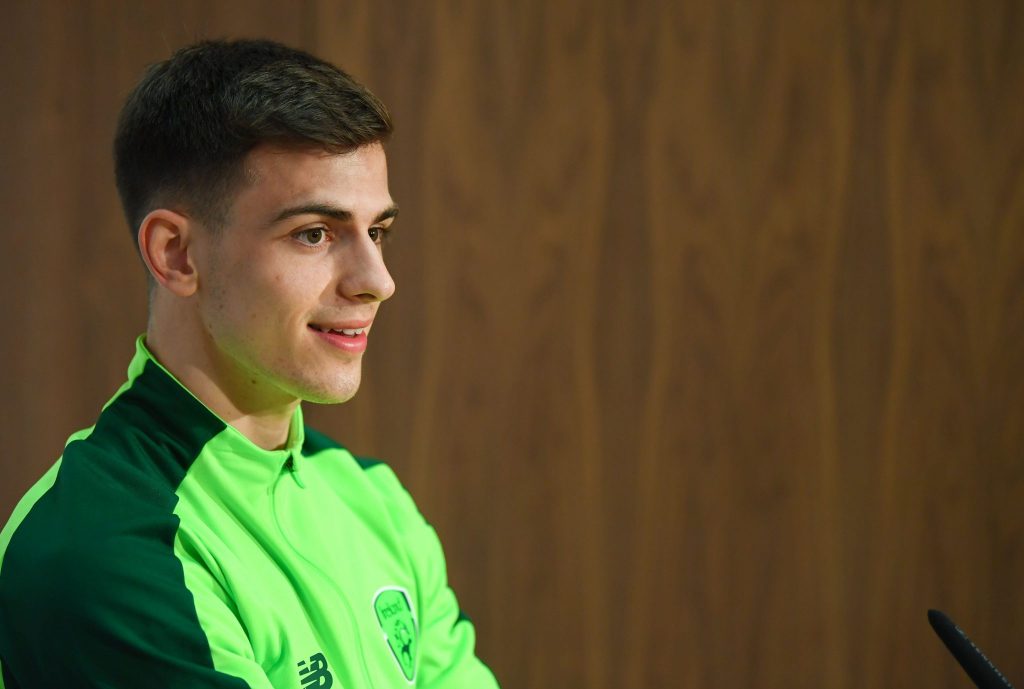 In Noel King's last squad as Ireland Under-21 manager last October, there were just three League of Ireland players in the selection. Kenny, by contrast, has named nine domestically-based players in his squad, which also includes players from clubs such as Liverpool, Manchester City and Manchester United.

The Dundalk manager spoke about the importance of the League of Ireland as a pathway to the national teams.

"There are different ways players can develop. Some can go away at 15 and have an amazing experience in their academies and become international players - that’s happening less and less now, and we have to acknowledge that as a nation and as a federation.

"It has been well documented that a number of players have come through the league to become senior internationals in recent years. And I'm sure there will be more in years to come.

"There's not a one-way pathway to become a senior international, and it's important that the eight, nine players are there on merit, on the skill levels they have and the potential that they have."

Ireland Under-21s take on Luxembourg at Tallaght Stadium on Sunday evening at 5 pm. Tickets are €5.


popular
James Haskell on text exchange with Peter O'Mahony after Ireland's victory over Scotland
The SportsJOE 12 o'clock quiz | Day 103
Fines and suspensions in Tipperary after stewards enquiry
"The academy boys have turned into small monsters over the past few weeks" - Peter O'Mahony
Can you name the first clubs these players went to after leaving Celtic?
SportsJOE 2000s Football Quiz | Round 8
"I have more work done than any player in Ireland" - The Trevor Giles tribute show
You may also like
2 months ago
How Stephen Kenny talks about Egan and Brady is most exciting thing he brings
2 months ago
"I don't want to manage the Irish team based on who has the number of appearances for a certain club"
2 months ago
Ireland hopeful of November playoff date against Slovakia
2 months ago
Ireland set for dramatically new look as Stephen Kenny takes charge
7 months ago
Kenny plays down half-time speech as Sweden stunned by Irish comeback
7 months ago
Elbouzedi strike the difference as u21s secure away win
Next Page