"I'm glad we won the game, but disappointed with how it went."

Dara O'Shea was not shirking the tough questions, at Aviva Stadium, last night but he was a lot more open to hard truths than his manager, Stephen Kenny.

Ireland went into their final Nations League game knowing that victory or a draw would secure them Group B status until the next swing around the block. Defeat to the world no.92 Armenians was never supposed to be on the cards... until it was.

END_OF_DOCUMENT_TOKEN_TO_BE_REPLACED

The home side had looked steady but slow in trying to break down Armenia, until Michael Obafemi's well-struck goal made it 2-0. Armenia had not shown much attacking intent, but they were awarded the freedom of Lansdowne Road on a rare counter-attack and were right back in it when Dashyan pummelled one past Gavin Bazunu.

Two minutes later and it was 2-2 after a Conor Hourihane error that he will rue for some time yet, and another long-range pinger.

In the final stages, it was Armenia that were pushing hardest for the winner, knowing they would avoid relegation if they could do an unlikely double over Stephen Kenny's men. Ireland looked shaky as hell, around the same time as word was coming through from Tel Aviv that the U21s had missed three of four penalties to lose a shootout and miss out on the European Championships.

It felt like Ireland's footballing world was caving in but, instead, it was Armenia left screaming bloody murder, and ending the game with nine men, after Robbie Brady converted a late penalty to win it.

Stephen Kenny was not having a Tony O'Donoghue suggestion, after his Ireland side beat Armenia 3-2, that "leaders" did not stand up after his team squandered that 2-0 lead. "That's easy to say. I don't accept this," he declared.

"We went chasing the third goal when we didn’t need to do it. We had centre halves overlapping at 2-0 up. We lost a bit of structure. You must maintain your structure, some protection for that, as well, when you’re winning. It's a few minutes of madness and I think we can learn from that. We needed to get the third goal then and we got it."

"We played very well. Very pleased with how we played... we could have been four up, by that stage," Kenny added. "We were much the better team. We could have won by a few goals, but there's learnings there for us."

END_OF_DOCUMENT_TOKEN_TO_BE_REPLACED

The Ireland boss also claimed that his team had played been 'exceptional, at times'. Even the most ardent of Kenny backers would find it a stretch to go that far, aside from that lovely Obafemi goal.

"It's not like a club situation where I have them in tomorrow, and I can go through them," Kenny replied when he was asked if he had read the riot act to any of his players in the post-match changing room.

After being told for most of his time in charge that he is in a results business, Stephen Kenny was left pointing at the final score and telling us that his team are making progress. 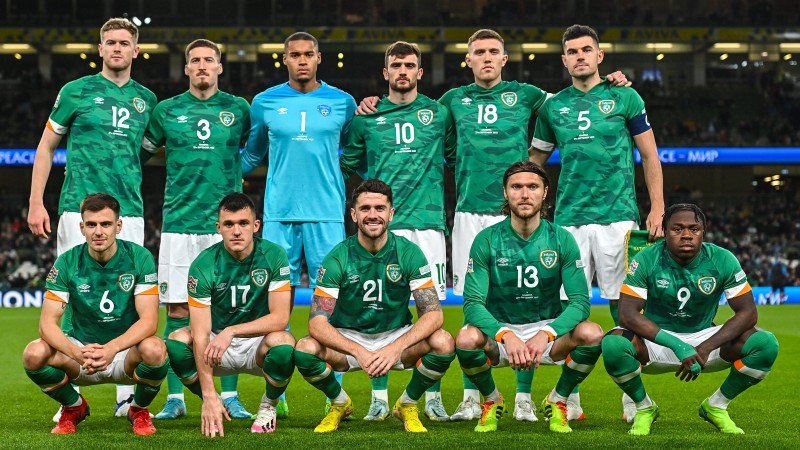 In the bowels of Lansdowne Road, Dara O'Shea was happy to get another Ireland win but admitted it had not all gone as planned, or hoped.

"We should be expecting more of ourselves," he told Off The Ball.

The West Brom defender then spoke with more reporters in the mixed zone and was not backing away from tough questions. He commented:

"I’m glad we won the game, but disappointed with how it went. There was a spell there for 15 minutes where we just completely lost our way and they got two goals back, which is really disappointing because we want to keep clean sheets.

"Playing against a better opposition and to compete against them, we’ve got to keep clean sheets. To concede two goals like that against the run of play, it was disappointing that we weren’t set up in the right way and we kind of just lost our way for a bit."

"I don’t think we can look at it as a downer," O'Shea added. "We won the game, which was the main thing. It’s just us, as ourselves, as professional as we want to be, we want to win more comfortably than that."

Stephen Kenny has his seventh win as Ireland manager but he leaves behind a second Nations League campaign that most fans would rather forget.