Ireland U21 missed out on qualifying for the European Championships after losing a playoff shoot-out to Israel and their inspired goalkeeper.

Daniel Peretz saved three Irish penalties and scored one himself as Israel won the shootout 3-1, following a scoreless game played out over 120 minutes at Bloomfield Stadium in Tel Aviv. The result denies this Ireland side a chance to make history by making their first ever European Championship finals.

END_OF_DOCUMENT_TOKEN_TO_BE_REPLACED

Jim Crawford opted for the same 3-5-1-1 formation that started in the home leg, at Tallaght Stadium. Andy Lyons came in at left wing-back, in place of Tyreik Wright, and Ross Tierney started in place of Brighton's Evan Ferguson.

Israel had a scheduled senior game with Russia cancelled, several months back, so their U21 side had several players available from that senior set-up, including Doron Leidner and Liel Abada of Celtic.

The first half was light on chances, but Israel fashioned the two best looks on goal. Idan Gorno drew a brilliant save from Maher, who dived low to his right to tip a goal-bound effort wide. Soon after Ido Shahar shot straight at the Derry City goalkeeper, who had an eventful half. Maher had earlier been booked for handling the ball outside his box, and received treatment for a calf injury. 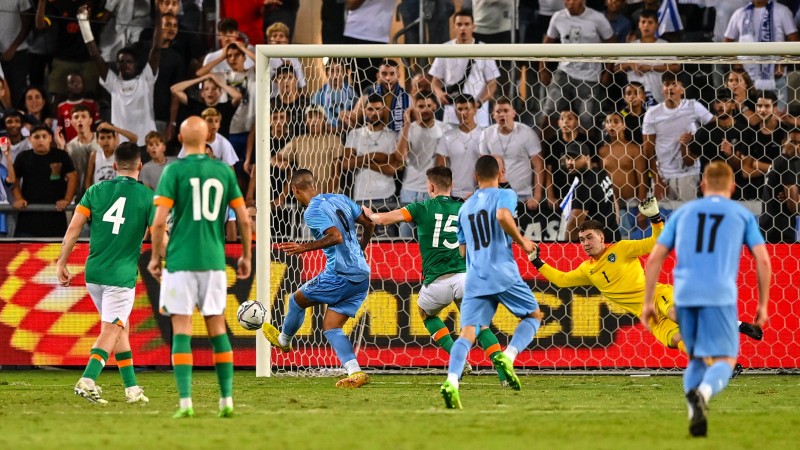 Finn Azaz impresses off the bench

END_OF_DOCUMENT_TOKEN_TO_BE_REPLACED

The second half saw Idan Gorno spurn a golden goalscoring opportunity. Eiran Cashin had put his side in trouble by trying to chest a cross down, at the edge of his box. Maher saved an initial strike but parried straight to Gorno.

The Maccabi Petah Tikva striker, who scored at Tallaght Stadium, somehow struck the base of the post when it was altogether simpler to score. Both Cashin and Maher breathed sighs of relief.

Oh my word, what a let off. Ronny Rosenthal may have competition for the greatest miss by an Israeli footballer from the unfortunate Gorno.#rtesoccer
📺 Watch - https://t.co/QGOhiL7AsI

END_OF_DOCUMENT_TOKEN_TO_BE_REPLACED

Crawford and his Israeli counterpart made some changes but, heading into the final 20 minutes, Ireland struggled to impose their attacking game while Joe Redmond blocked an Abada shot.

Dawson Deavoy was one of Crawford's second half changes, and his arrowed ball into the box set up Aaron Connolly with a header from 10 yards out that he should have at least hit the target with.

With eight minutes to go, sub Finn Azaz and Will Smallbone crafted out a great chance for Andy Lyons but he curled over the bar from 15 yards out. Two minutes later, Maher was down smartly to deny Abada as the game was pinging end-to-end.

Azaz was the next player to be denied as he took a touch to set himself at the edge of the Israeli box and drew a fine, low save from Daniel Peretz. Mohammad Kanaan then tried his luck from long-range but Maher was there to smother the shot. Lee O'Connor was required to make a vital clearance in injury time as the match went to extra-time.

Finn Azaz with the best chance of the game for Ireland U21s and it draws a fine save pic.twitter.com/vBgEzZoVMJ

The first period of extra time was flat enough, as both sides started to flag and there were a couple of injury hold-ups. Crawford brought on Ollie O'Neill and Evan Ferguson as fresh legs and with one eye on a possible penalty shoot-out. The second half of extra time was devoid of clear-cut chances - Redmond and O'Connor great in defence again - and we were off to penalties.

Conor Coventry started the shoot-out well for Ireland by sending the Israeli goalkeeper the wrong way. Maher got both hands to Eden Karzev's effort but it squirmed in.

Wright looked as if he would prefer to be anywhere else, and his tame spot-kick was saved. Daniel Peretz then turned around and slotted past Maher, and it was advantage to the hosts. It certainly was when Peretz saved as Evan Ferguson sent one straight and hard down the middle.

Israel captain Gil Cohen gave Ireland hope by hitting the post before Dawson Deavoy had his kick saved by Peretz. Israel scored their next penalty and the Irish dream was dashed. 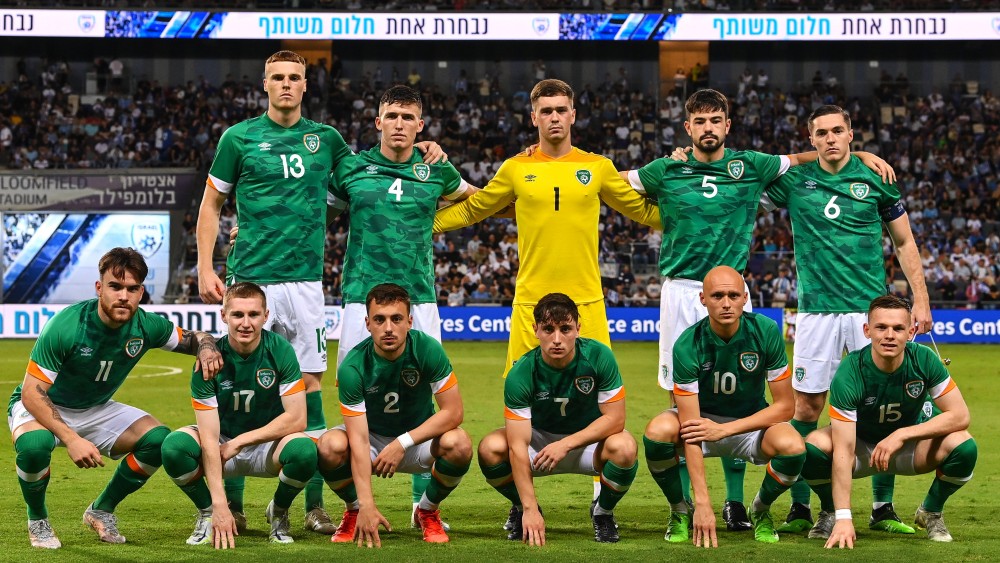