'When it happens twice, you have to think about it' - Armenia manager furious over penalty call in Ireland defeat

"I don’t know why things like this always happens against Ireland."

Armenia manager Joaquin Caparros hit out at the decision to award a late penalty against his side in the 3-2 defeat to the Republic of Ireland.

Ireland were leading 2-0 in the Uefa Nations League game thanks to goals from John Egan and Michael Obafemi.

END_OF_DOCUMENT_TOKEN_TO_BE_REPLACED

Stephen Kenny's side were cruising until Armenia, who are ranked 92nd in the world, mounted a dramatic comeback. The visitors netted in the 71st and 73rd minutes to bring the score level.

If Armenia had scored a winner, Ireland would have been relegated from their Uefa Nations League group. 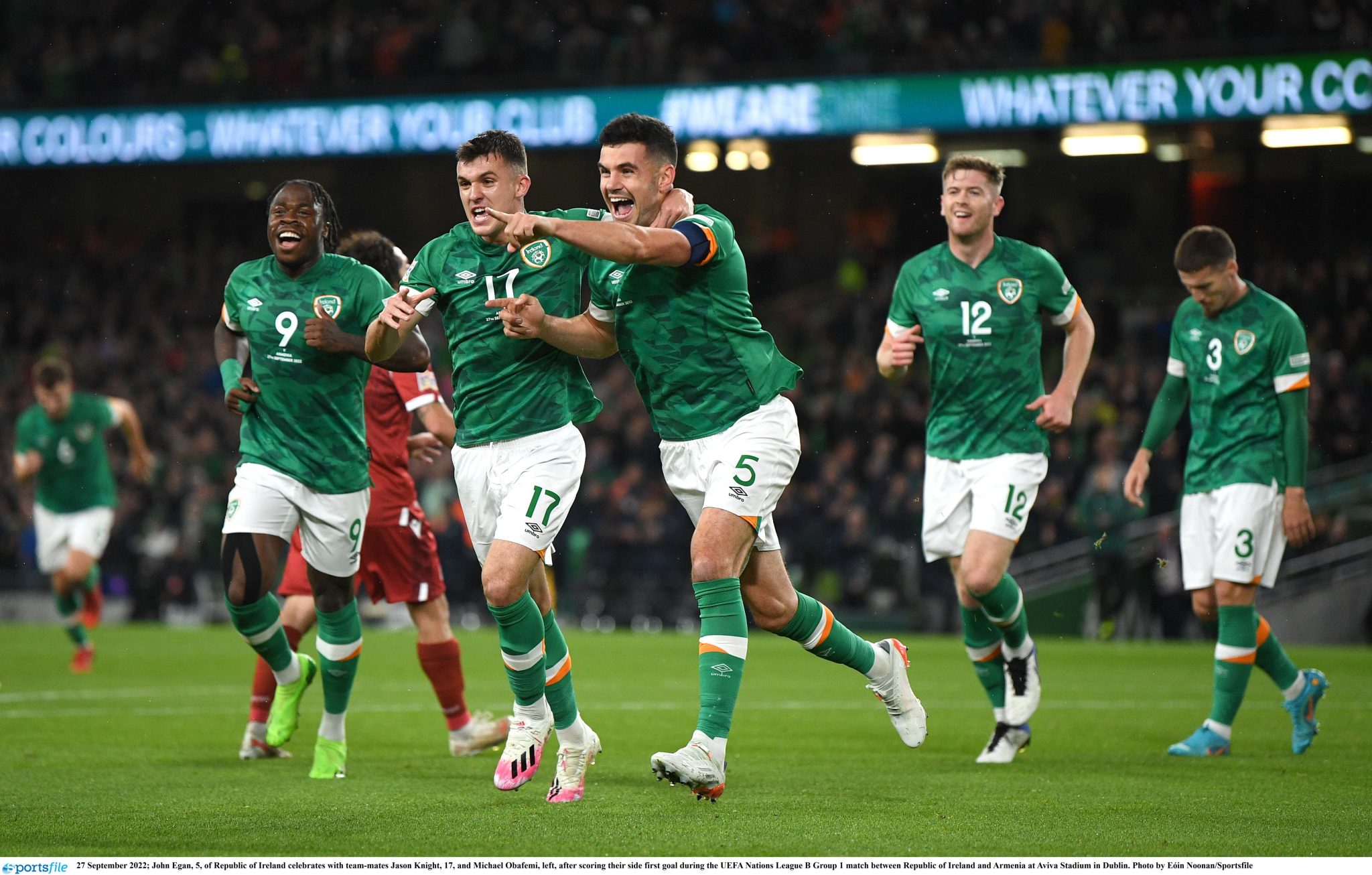 END_OF_DOCUMENT_TOKEN_TO_BE_REPLACED

Kenny's side, however, were awarded a late penalty for handball, and Armenia had two players sent off protesting the decision.

Robbie Brady, on his first start for the national team in 18 months, scored from the spot to spare Ireland from an embarrassing result.

Following the match, Armenia manager Caparros fumed over the referee's decision to give the home side a penalty.

The Spanish coach argued that the penalty should never have happened as Ireland were wrongly awarded a corner kick minutes beforehand. 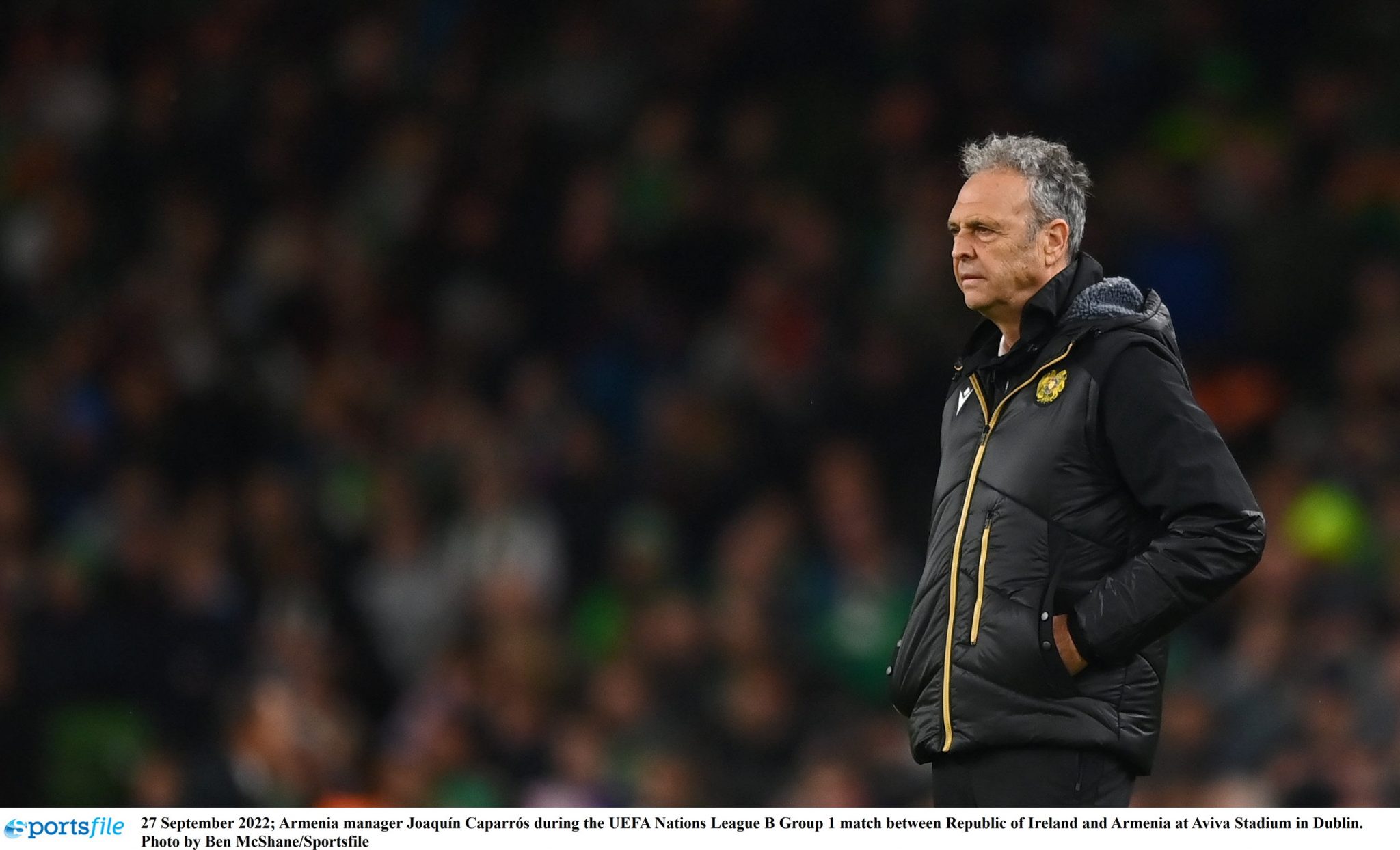 END_OF_DOCUMENT_TOKEN_TO_BE_REPLACED

"We are very upset because of this result," Caparros told reporters.

"I don’t know why things like this always happens against Ireland," the Armenia manager said, referencing another controversial call that went against them when they played Ireland at the Aviva Stadium in 2011.

On that occasion, Armenia had goalkeeper Roman Berezovsky sent off for handling the ball outside of the penalty area. Yet, replays showed that the ball did not hit his hand.

Ireland went on to win the game 2-1 and secure a place in the Euro 2012 playoffs. The Boys in Green qualified for the tournament, where they lost every game. 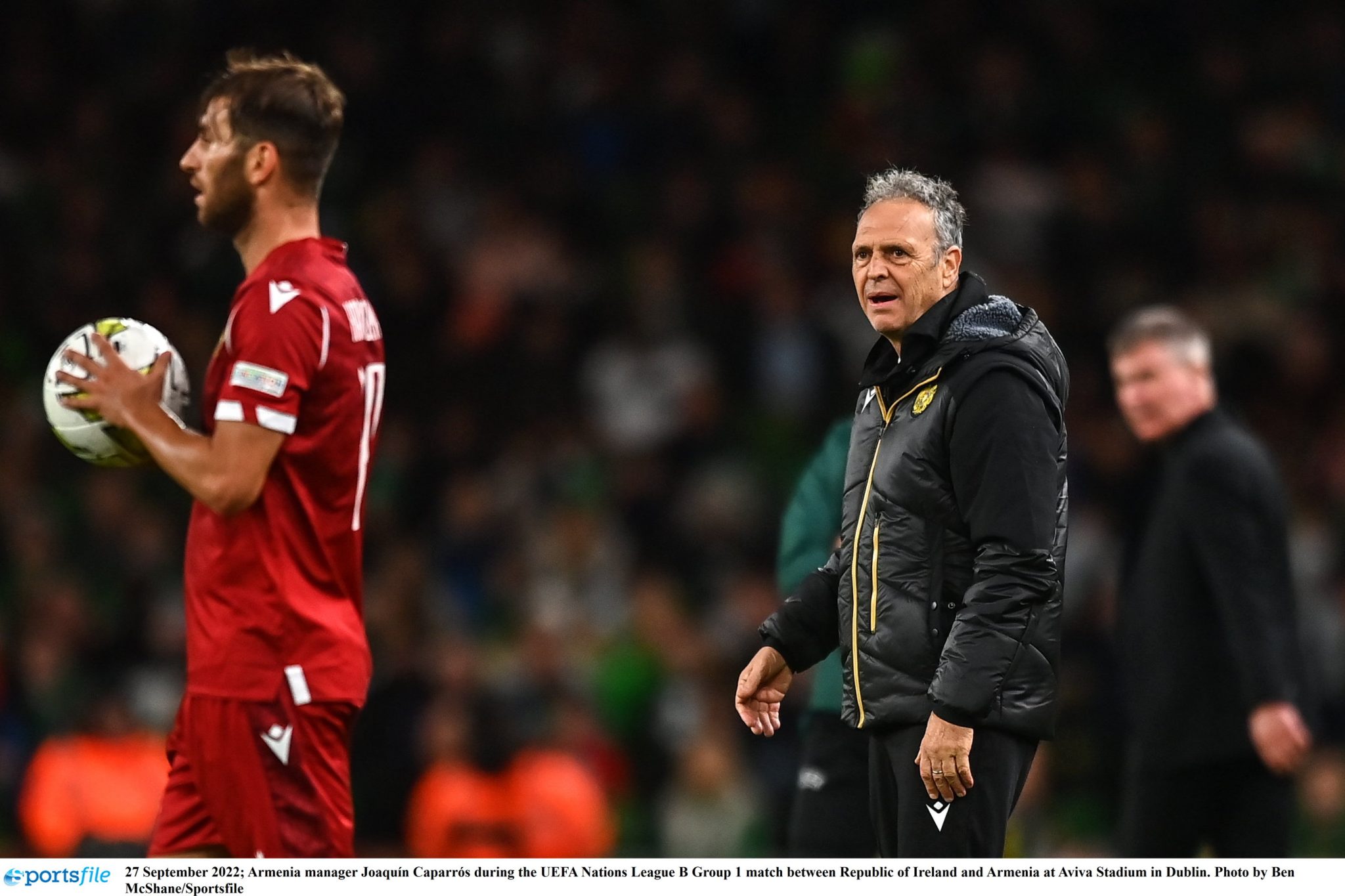 "As a man responsible for Armenian history, I know what happened before. Roman Berezovsky is now our goalkeeping coach... When it happens twice, you have to think about it.

"It was clear there was no corner before leading to the penalty. The referee didn’t look at the repeat of the corner he only looked at the penalty."


popular
Ballyhale's Colin Fennelly felt Ballygunner's victory speech was disrespectful
Brazil star responds after Roy Keane slates dancing celebrations
Eniola Aluko responds to criticism after on-air mistake on ITV
Roy Keane reacts to Brazil's jubilant celebrations in first half demolition job
Rory McIlroy explains 'falling out' with Shane Lowry that lasted a few years
Samuel Eto'o involved in an ugly confrontation with fan outside World Cup match
World Cup 2022 Day 16: All the major action and talking points
You may also like
4 weeks ago
"I race over to stop him from falling off his chair" - Delaney's shock when he heard O'Neill wanted Keane
4 weeks ago
"I was called ‘the Northerner'" - Martin O'Neill opens up on his time as Ireland manager
4 weeks ago
James McClean gets straight on to Graeme Souness after being told 'to get on with it'
1 month ago
Stephen Ireland explains why his Ireland career ended after only six caps
1 month ago
Stephen Kenny responds to Brian Kerr's criticism of his performance as Ireland manager
1 month ago
"Nobody could touch him that day" - When Roy Keane reigned in Spain
Next Page