We've got an extra special photoshop edit to celebrate Chrristmas Day. The place we drew inspiration for this edit wouldn't be on any maps. It's not exactly New York! No, the best way to find it is to head out from Galway and go slightly north until you see the English boats with the nuclear symbol. They go very close to the island when dumping the old 'glow-in-the-dark'.

Today's edit comes fresh from the mind of that lovably dim-witted clergyman from Craggy Island, Dougal. While he failed to guess what was behind the final window of the parochial house's advent calender, he somehow managed to predict our last photoshop of the year correctly. An achievement such as that is surely worthy of a Golden Cleric.

Without further ado, here's Ruud Gullit sitting on a shed. Merry Christmas everybody! 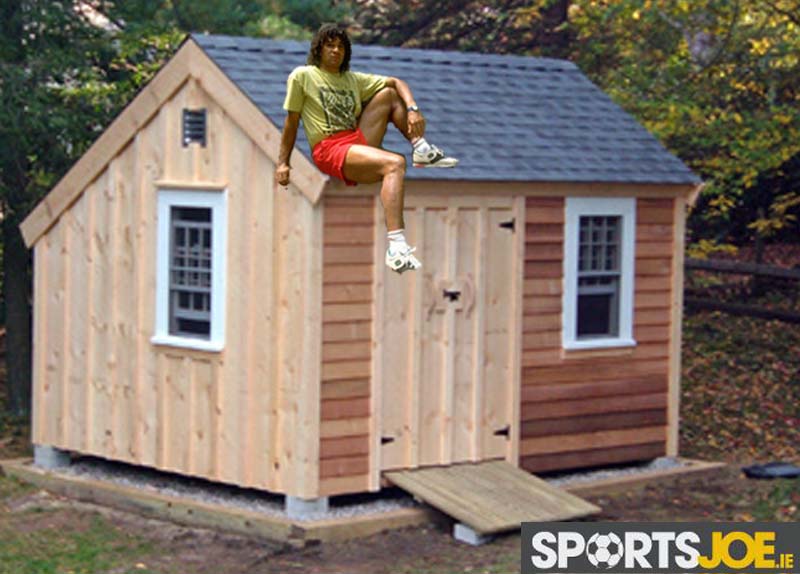 God, Dougal, where do you get these ideas from?


popular
The four stone-cold certainties for All-Stars even as early as this
Kylian Mbappe reportedly wants PSG to sell Neymar
Eamon McGee just couldn't help himself with Armagh-melee tweet
Former England Under-21 captain open to playing for Ireland
"He's actually smiling putting the ball over the bar. He should nearly be fainting." - Ryall on Limerick's legacy
Anthony Joshua admits that he was 'let down by his corner' during Oleksandr Usyk bout
"The economy was one of the big reasons" - Cadogan's move from an electrician to personal training
You may also like
4 years ago
David Pocock shares class post-match dressing room picture with Conor Murray
4 years ago
Ian Madigan brilliantly shuts down Twitter user who was complaining about female referees
4 years ago
Sean O'Brien plays very funny prank on shop assistant in Kilkenny
4 years ago
Sean O'Brien not impressed with Kearney brothers being referred to as 'famous farm boys'
4 years ago
Limerick manager receives best excuse to miss training we've seen in a long time
4 years ago
Galway youngster scores one hell of an overhead volley against Leicester City
Next Page