Around one in 12 abusive tweets targeted a victim's protected characteristic

Manchester United duo Cristiano Ronaldo and Harry Maguire received the most Twitter abuse of any Premier League players, a report by Ofcom and the Alan Turing Institute has found.

The report also discovered that a Premier League footballer is abused every four minutes on Twitter, with eight of the 10 most abused players playing for the Red Devils during the study period.

END_OF_DOCUMENT_TOKEN_TO_BE_REPLACED

Following the Euro 2020 final - which saw Marcus Rashford, Jadon Sancho and Bukayo Saka abused online after missing penalties for England in the final against Italy - a study of 2.3m tweets sent in the aftermath found that, on average, 362 abusive tweets were sent daily, with seven in 10 Premier League players on Twitter abused.

Moreover, around one in 12 abusive tweets targeted a victim's protected characteristic, for example, their gender or race.

A new report from Ofcom shows Cristiano Ronaldo and Harry Maguire as the most abused Premier League players on Twitter #mulive [bbc] pic.twitter.com/HKSedz9FSc

END_OF_DOCUMENT_TOKEN_TO_BE_REPLACED

Ronaldo's teammate Maguire was second in the list, with the England international receiving 8,954 abusive messages - many of which came after he sent an apology tweet following United's defeat to Manchester City. In total, 14.90 per cent of the tweets Maguire received were abusive.

END_OF_DOCUMENT_TOKEN_TO_BE_REPLACED

England duo Harry Kane and Jack Grealish also featured in the top 10, while the player who received the most abuse as a percentage of all of the messages directed at him was Newcastle United defender Ciaran Clark. Now on loan with Sheffield United, 34.1 per cent of the tweets Clark received were abusive. 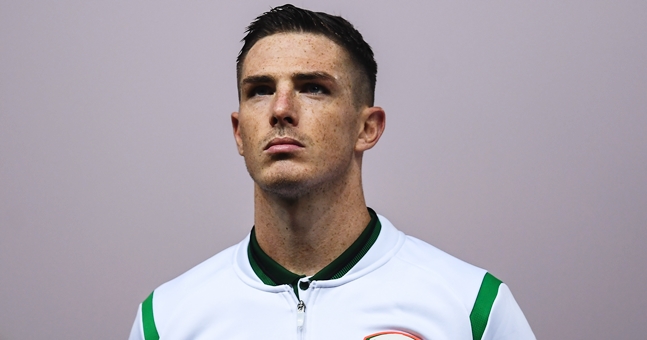 The next most abused player was Crystal Palace's James McArthur, who was given a yellow card after stepping on the leg of Saka.

"Users who appear to be Arsenal fans used insults to refer to James McArthur," the report found.


popular
Erling Haaland registers strange statistic on home debut as Mark Travers keeps the City score down
"He can add something to our attacking line up" - Jamie Clarke signs for Northern Irish soccer club
Antonio Conte 'banishes' four Tottenham players from first-team
Ranking the best county GAA songs of all-time (32-1)
"It was unfair on the Galway backs” - Tomás Ó Sé admits that Kerry benefitted from unfair rule
"I’ve never heard someone say something as stupid” - Katie Taylor blasts Jake Paul's rematch comments
Barcelona allowed to register four new signings, but Jules Kounde misses out
You may also like
1 day ago
Man United 'relaxed' about PSG's pursuit of Marcus Rashford
1 day ago
Adrien Rabiot's mother has put Man Utd move at risk of collapse
2 days ago
Gary Neville's Man United transfer rant in 2014 proves nothing has changed in recent years
3 days ago
Manchester United 2022/23 third kit 'leaked' online ahead of unveiling
3 days ago
Javier Hernandez offers to play for Manchester United for free
3 days ago
Man United target two new forwards as desperate search for a striker goes on
Next Page