"It's a shocking result... That's on us. We should be embarrassed" - Seamus Coleman

A shocking indictment of a team that are supposed to be trying to be brave on the ball.

Seamus Coleman did not have his finest game in a green jersey, this evening, but he was a hell of a lot better than most.

Handing out Man of the Match awards is becoming increasingly tough for Ireland games, especially when you have to select a player from the home side.

END_OF_DOCUMENT_TOKEN_TO_BE_REPLACED

Coleman, Callum Robinson, sub Robbie Brady and teenage goalkeeper Gavin Bazunu were the bright sparks on an otherwise pitch-black night for Irish football. Luxembourg gave as good as they got and left the Aviva Stadium with all three points after a late Gerson Rodriguez strike.

Following the game, which has scuttled Ireland's World Cup 2022 dreams, captain Seamus Coleman spoke from the heart on one of his toughest night's leading his country.

"A shocking result," Coleman told RTE's Tony O'Donoghue, after he was presented with the man of the match award.

"An embarrassing result... Let's not hide behind anyone for that one, that's on us as players, yeah, we should be embarrassed.

"Listen, Tony I got to come out here and do an interview, but there are no words for that there. That's embarrassing. On behalf of everyone at home watching... As players, we take that on the chin, but it's nowhere near what we wanted."

"Listen, there's anger embarrassment, a bit of everything. It's not good enough. There are no words that I can say to you, or to people at home, to make it better, or anything like that."

The Ireland captain admitting that teammates were not demanding the ball and being brave, or loud, enough to seek it out is a real indictment of a squad that are supposed to be evolving from a kick and chase outfit. 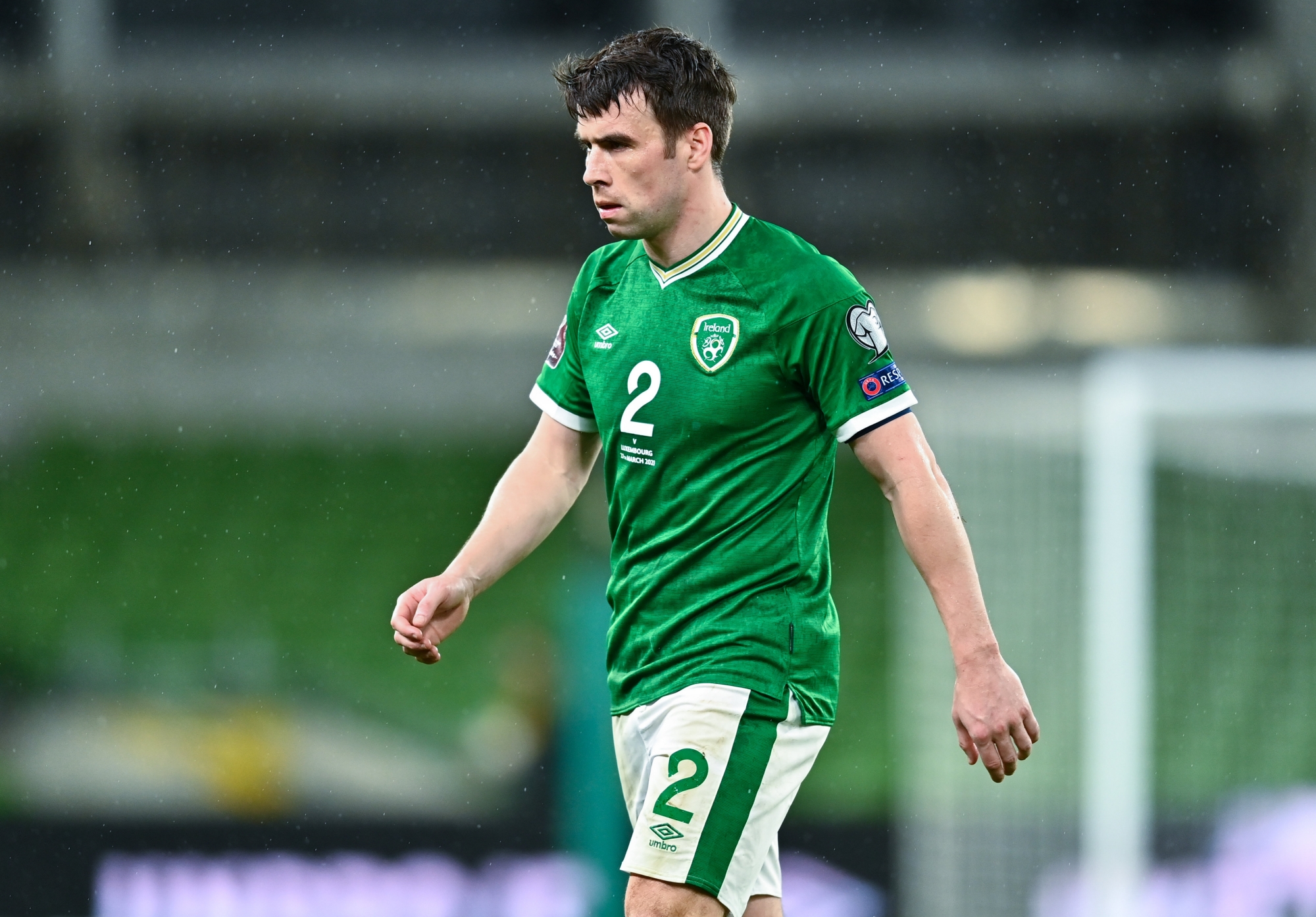 END_OF_DOCUMENT_TOKEN_TO_BE_REPLACED

"As players," Coleman continued, "we should be disappointed that Gavin's debut should be tainted like that. a great young lad and a fantastic player and, as senior players out there, we should be taking that on the chin for the younger lads."

Asked if the Ireland players may be faltering in trying to stick to the demands of manager Stephen Kenny and the Irish coaching staff, Coleman replied:

"Listen, Tony, I've no words for that and I can't speak for every other player. Was trying to get on the ball, trying to demand it, and they got the goal. Sucker punch, but you can't say we deserved anything out of the game either."

"The only way you can go is keep your head down and go through the storm, as players," the Ireland captain continued.

"You've got to be resilient in this game and you've got to take what's coming. But you've got to keep going, as professionals, and make sure the younger lads aren't tainted by that. As senior players, you take it on the chin, take the deserved criticism and keep going forward. It's a tough start for the World Cup campaign, but you've got to show some pride in the shirt, and I didn't think we did that tonight.

"It's a tough start and not the start we wanted. As players, the only thing we can do is look to respond in some way, but that will take a while to get over, that one, because it's embarrassing."

The player of the match accolade has never been more meaningless, but Ireland captain Seamus Coleman is as honest as always.

Stephen Kenny came out, soon after, and called the performance of his side in their 1-0 defeat as "totally unacceptable".

Anyone thinking we have reached rock bottom, may need to brace themselves for tougher falls ahead.


popular
"Some of the generals wanted me executed" - Irish rugby legend on flag caper that went wrong
"Johnno went, 'We’re not moving! You're trying to mess us about!'" - Ben Kay recalls red carpet controversy
Rio Ferdinand claims that Cristiano Ronaldo should have been told to 'sit down' against Young Boys
Michael Schumacher paralyzed and suffering from memory and speech problems
"I am a very nervous person" - Morgan's pre-game routine shows that nerves are part of the journey
Andrew Trimble has to put his puke in his pocket as Mulcahy struggles with heavy handed leadership
It won't mean much but Pat Spillane's compliment to Mayo and to Lee Keegan says it all

You may also like
1 day ago
"Some of the generals wanted me executed" - Irish rugby legend on flag caper that went wrong
1 day ago
"Johnno went, 'We’re not moving! You're trying to mess us about!'" - Ben Kay recalls red carpet controversy
3 days ago
Full Ireland player ratings as underdogs Spain put World Cup hopes in danger
1 week ago
Serbian media react to 'True Football Tragedy' and hail "amazing" Gavin Bazunu
1 week ago
"I was already taking my jersey off!" - Andrew Omobamidele's post-match interview was so pure
1 week ago
Gavin Bazunu, Andrew Omobamidele and a glimpse of better days ahead
Next Page