Romero may finally be close to sealing a move away from United.

The writing may have been on the wall for some time for Sergio Romero and his Manchester United career, but it now seems the Argentine goalkeeper is finally set to leave the club.

Romero has been understudy to David De Gea for the majority of his near-six-year stint at Old Trafford, but seemed certain to be sold when it was decided that Dean Henderson would be brought back from his loan at Sheffield United in the summer.

Despite interest from within the Premier League - and an angry deadline day Instagram post from his partner - a move failed to materialise, with Romero left in limbo until the January window opened.

A move now seems imminent, with the Manchester Evening News amongst those reporting that Romero bid farewell to his United teammates and club staff at the AON Training Complex in December.

Reports from his homeland claim he is back in Buenos Aires and could finalise a move to Boca Juniors before Argentina contest the Copa America in the summer. 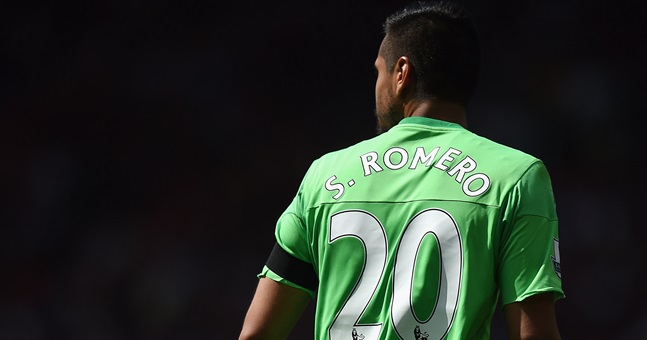 END_OF_DOCUMENT_TOKEN_TO_BE_REPLACED

Romero's contract with United expires at the end of the current season, but the club have given him permission to train in Argentina while he pursues a transfer. Should he fail to secure a move this month, however, he will be expected to reported back to training in Manchester at the end of the month.

Romero started his career at Racing Club in the Argentine capital but moved to Europe with AZ Alkmaar after only a few first team appearances. After moving to Italy with Sampdoria and a season spent on loan at Monaco, Louis van Gaal signed him for United.

The MEN also report that Marcos Rojo is also back in Argentina amidst talk of a possible transfer of his own.

popular
Roy Keane's first impression of Cristiano Ronaldo proved to be very accurate
The SportsJOE 12 o'clock quiz | Day 290
The 14 Irish players Down Under as TG4 come up with the goods once again
The SportsJOE 12 o'clock quiz | Day 289
Jurgen Klopp chases Sean Dyche down Anfield tunnel after half-time fracas
"I kind of decided on Hill 16, 'you're either going to do this or you're not going to do this.'"
Lady Gaga will perform Satanic ritual during Super Bowl halftime show, according to conspiracy theorist
You may also like
4 days ago
Redemption for Victor Lindelof gives United supporters another reason to believe
4 days ago
Jurgen Klopp calls Man Utd style 'the worst thing you can face in the world' after draw
4 days ago
Jordan Henderson says Liverpool were frustrated by "strange" half-time whistle call
5 days ago
Liverpool fans complain at timing of half-time whistle in Man Utd draw
5 days ago
Scapegoats stand up for United as Liverpool's profligacy continues
6 days ago
Alex Ferguson's dismissive comments confirm truth about Jordan Henderson
Next Page