Aguero expects to be in Qatar later this year

Former Manchester City striker Sergio Aguero has said he expects to be given a role as part of Argentina's backroom staff at the Qatar World Cup later this year.

The 33-year-old joined Barcelona after leaving City last summer but was unexpectedly forced to call time on his playing career soon after due to the diagnosis of a heart condition.

END_OF_DOCUMENT_TOKEN_TO_BE_REPLACED

Having moved back to his native Argentina, Aguero has since held discussions Claudio Tapia, president of his country's football association (AFA), about joining the national team setup in some capacity.

Although the finer details of his role are to yet to be decided, Aguero told TyC Sports that he expects to be on the plane to Doha along with the Argentina squad later in the year.

"We still need to figure out the role but I’ll be with the team at the World Cup," he said.

"It was a nice talk with Chiqui [Tapia]. I want to spend time with the players. I’ll be there with the team, I get along very well with them. I want to be close to them and try to have fun. I want to find a way I can help the national team." 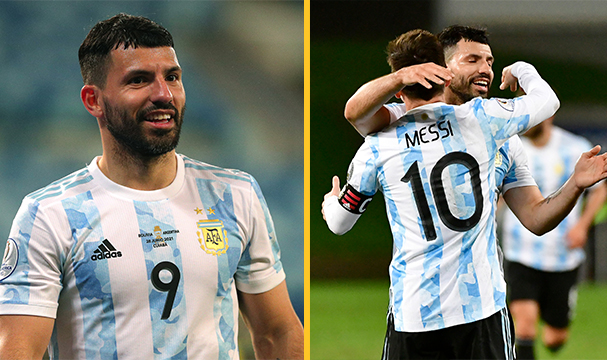 END_OF_DOCUMENT_TOKEN_TO_BE_REPLACED

Aguero made a total of 101 appearances for La Albiceleste, scoring 41 goals. What proved to be his final appearance for his national side came in last summer's Copa America, a tournament which Argentina won to end their 28-year wait for a major title.

Since retiring at the end of last year, Aguero has admitted he fears he will never be able to sprint again.

Speaking about his general health on a Twitch stream recently, the 33-year-old admitted that he is unable to sprint without running out of breath, adding that he believes his heart 'doesn't work properly'.

He said: "If I try to play football now, I run out of breath. Sometimes I wonder if I will ever be able to sprint again.

"I just feel like my heart doesn’t work properly."