On Wednesday evening, Barcelona went to Old Trafford to play a United team that had no real reason to be high in confidence.

Their most recent performances have included a very poor display in a win over Watford, as well as losses against Wolves and Arsenal and Wolves again.

But United fans seemed to have that bit of hope that led many to believe a miracle was on the cards, that it could be one of those special European nights.

It wasn't to be. Barcelona won 1-0 in a game that they controlled for the most part, despite a few decent chances for Ole Gunnar Solskjær's men.

A disappointing night for United fans, but one that could definitely have been worse. They're still in the tie, and could still end up shocking the world in Camp Nou.

There was one shining light, though. One glimmer of hope. And it came in the form of a lanky Scottish lad named Scott McTominay. 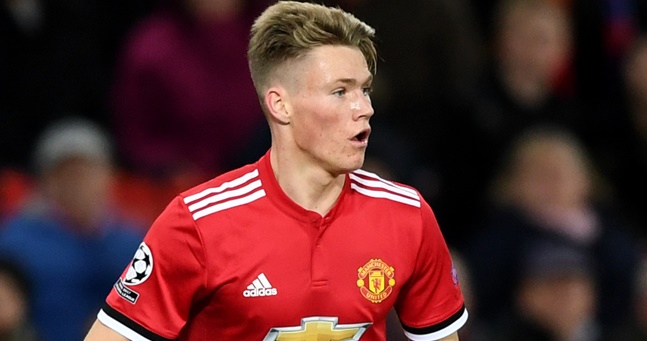 The 22-year-old was given Man of The Match by United themselves, and is being widely praised for his performance on social media.

French magazine L'Equipe reckon he was the best player on the pitch, giving him a rating of 7/10, which is quite impressive by their usual standards.

END_OF_DOCUMENT_TOKEN_TO_BE_REPLACED

But he deserves his dues. He played well. He kept the ball well, he put pressure on Messi and the rest of Barca's midfield throughout the game and limited the chances that the Spanish league-leaders created.

And he sent Vidal for a chipper, which was nice to see...

McTominay turning Vidal just reminds me of Carrick so much. 😭😭😭 #MUFC https://t.co/aek0M3ZvdI

But really, in a team that featured Paul Pogba, Romelu Lukaku, Marcus Rashford and Fred, should a youth team graduate who doesn't start every Premier League game really be the best player?

When you have a £75 million man up top, a £90 million man in the midfield, and a £35 million man beside him, should the lad who hasn't broken into the Scottish national side yet be the star of the show?

Should he be Manchester United's best player, when all he really did of note was keep the ball well and put in a tough shift? Did he create any chances? No. Did he get a shot on target? Nope.

But he did give it his all and that was more than can be said for a few of them.

END_OF_DOCUMENT_TOKEN_TO_BE_REPLACED

This isn't to say that McTominay is a bad football player either. Quite the opposite, really.

Something that might surprise some football fans is that McTominay plays as an attacking player when he's not playing for United's first team. He was brought up as a tricky number 10, who liked to get on the ball and make things happen in the final third.

He then grew two feet in the space of two years, and was moulded into a grittier, industrious midfielder. That's why Jose Mourinho liked him so much...

But the lad can really play. Just look at his recent goal against PSG U23:

United fans don't see a lot of this side of McTominay, and it would be great if they were to start. Maybe it's coming. He did just score a nice goal against Wolves in the league.

He's already a great build for a midfielder, he seems to have the right attitude, and often displays a sense of calmness on the ball that is sometimes missed in the United midfield.

He can add something that is so sorely missed from the side, and alongside Pogba and Fred, could be the makings of a strong midfield.

But for now, a player of his limitations should never be getting Man of the Match in games of this magnitude, and United will continue to suffer while he does.