"It's a learning curve."

Scott McTominay and Daniel James were the best Manchester United midfielders on show at Old Trafford on a rain-whipped Monday night. Their performances were in keeping with United's season so far, all nine games of it, and fans of the club will be hoping their senior colleagues step up soon.

Learning curves. That was the line Ole Gunnar Solskjaer was forced to reel off again, in another smile through gritted teeth interview after the game. Right now, the learning curve for United's newly empowered (and exposed) players resembles something as foreboding as what did for Clooney and Wahlberg in their doomed maritimers classic, The Perfect Storm.

Monday's Premier League encounter between Manchester United and Arsenal was between the teams in 11th and 8th in the Premier League. Jamie Carragher admitted, post-match, that both sides suited those mid-table placings while Roy Keane was so deflated that he struggled to land his usual, acerbic blows.

The best three players on the pitch were the busy, niggly Matteo Guendouzi (aged 20) and the United pair of McTominay (22) and James (21). Several of the senior players on show looked turgid and, in some cases, utterly hopeless.

When Pierre-Emerick Aubameyang scored Arsenal's equaliser - in response to McTominay's cracking first-half strike - a statistic cropped up that the Gunners striker had scored 17 goals in his last 17 games. United, collectively, have 15 goals in their last 17 outings.

James, as he has been all season, has run at players, committed defenders, demanded possession and proved an attacking threat. McTominay was United's driving force in a midfield that also contained Andreas Pereira, Jesse Lingard and Paul Pogba.

"When you look at the [United and Arsenal] line-ups, it's very sad. Gary Neville was trying to defend Jesse Lingard and, in doing so, didn't realise he was completely justifying all the criticism. He was saying, it's harsh what's being said about him as Lingard would actually be a good, 16th, 17th or 18th player in the squad. And it was like, yeah, that's what everyone is saying - that he shouldn't be in the team!

"Lingard, I don't even know what he is anymore. What was it, a year or so ago when he was in his best sort of form. He had energy and good movement off the ball. Now he's trying to dictate play. I always thought he was limited but this style of play is not feeding into whatever he is supposed to be."

END_OF_DOCUMENT_TOKEN_TO_BE_REPLACED

Pogba is just in his second game back after an injury lay-off and he put in another 7/10 performance. Tidy, nice touches, the odd misplaced pass, a curling shot off target and comfortable in third gear. It was McTominay, the supposed holding midfielder in the centre with Pogba, that surged forward in the second half.

The Scot should have had his second goal of the game as he zeroed in on one of the rare Ashley Young cross that was in the right area. His aim was to head the ball downwards but he connected badly and, with the goal at his mercy, it flew over the bar. 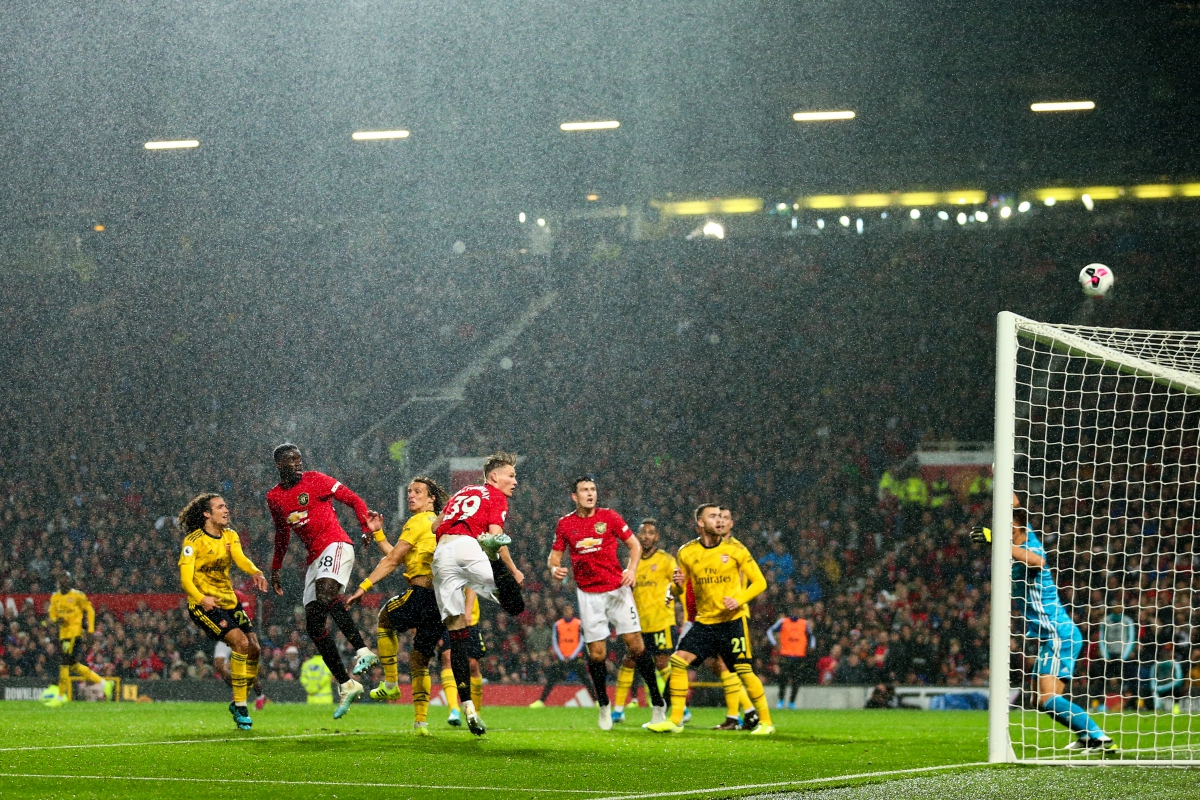 Twice in the final 15 minutes it was McTominay running at the Arsenal defence that won his side free-kicks at the edge of the box.

For all of his industry, willingness to get forward and passes to teammates in attacking positions, McTominay is not the finished article yet. He, like James, is still on that curve Solskjaer spoke of and still improving.

That those two are United's best midfielders, so far this season, is an indictment on the expensive, and high-earning, cast around them.

LISTEN TO THE FOOTBALL SPIN HERE:


popular
The SportsJOE 12 o'clock quiz | Day 109
QUIZ: Name every player that's scored three or more Premier League hat-tricks
"Some of the guys have put a lot into it" - Felipe Contepomi confident Leinster can start fast
QUIZ: Name the country these football teams play in
'ROG was the kingpin... he just wanted to win, win, win' - Barry Murphy
SportsJOE 2000s Football Quiz | Round 9
"It's too experimental" - Kenny's team for Slovakia showdown begins to take shape
You may also like
1 week ago
'Pogba seems to really appreciate having someone in there who's taking the limelight'
2 weeks ago
Uncomfortable truth about Roy Keane swipes at De Gea and Maguire
1 month ago
'I never liked Eric Cantona... but he was my favourite player' - Neil Ruddock
1 month ago
10 Liverpool players Manchester United fans loved to hate
3 months ago
The Ultimate Manchester United Treble-Winning Quiz
4 months ago
"The day Dean Henderson comes back, he's obviously fighting to play"
Next Page