Paul Scholes has doubled down on recent comments that Manchester United's current performances are a 'worry', despite the Red Devils scoring late to grab a draw against Atalanta in the Champions League.

Ole Gunnar Solskjær's side went behind in the 12th minute after David De Gea failed to hold Josip Iličić's strike, with the Spaniard's error putting the away side under pressure early on. 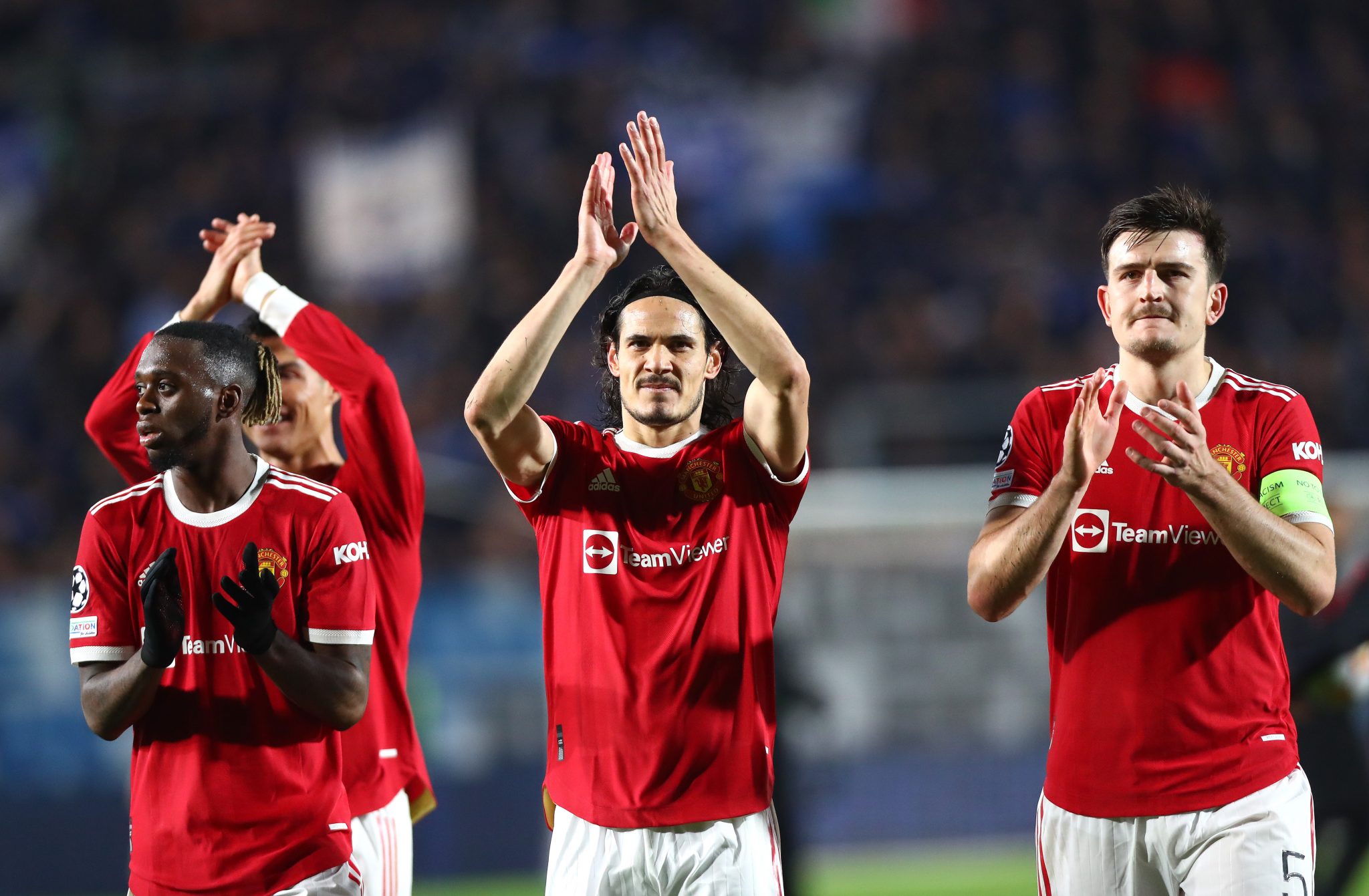 END_OF_DOCUMENT_TOKEN_TO_BE_REPLACED

Solskjaer's men were level on the stroke of half-time when Cristiano Ronaldo - who has now scored five goals in four Champions League fixtures - made the most of Bruno Fernandes' clever back-heel to smash his shot past Juan Musso.

Following a lengthy VAR review, the home side were once again in front thanks to Duván Zapata's clever finish.

However, United scored in added time to steal a draw after the Portuguese captain found himself on the end of a cross to finish with a stunning volley. 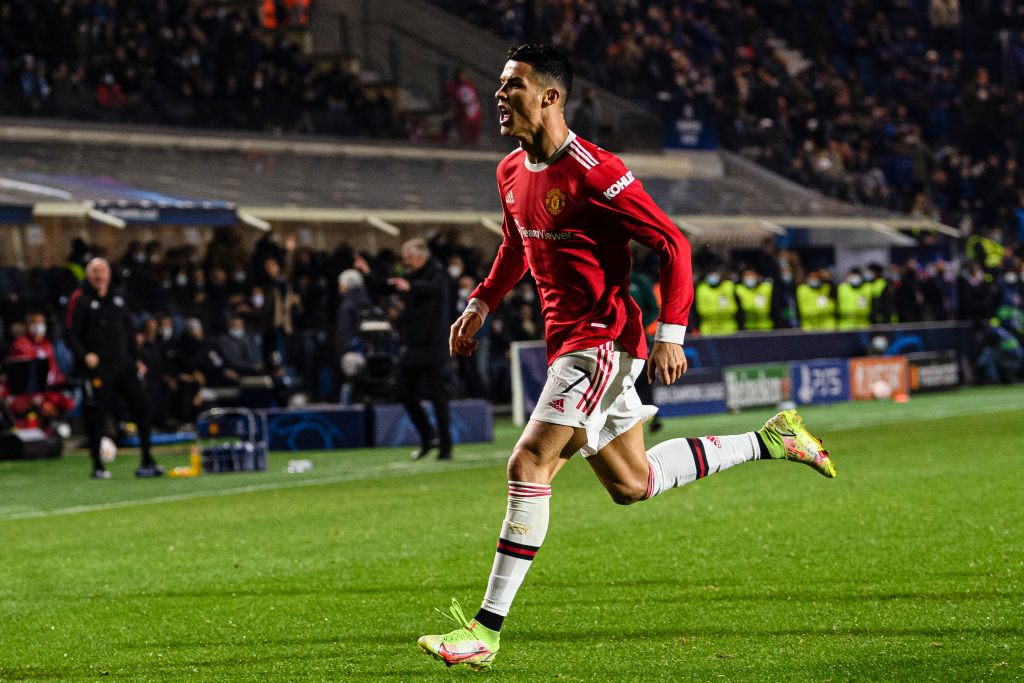 Paul Scholes: Man United performance against Atalanta was a mess.

Despite ending the night at the top of Group F, Scholes has reiterated previous comments that the current performances of Man United are a worry. The former Red Devils midfielder also raised concerns about Harry Maguire, Man United's captain.

END_OF_DOCUMENT_TOKEN_TO_BE_REPLACED

"Tonight again was a little bit messy, it felt when [Raphaël] Varane went off, it seemed to go all over the place, really shaky," said Scholes.

"The quality in the middle of the pitch wasn't great again, giving the ball away far too often.

"Maguire, I don't know if he's still injured or if he's got a hangover from the Euros, he just doesn't look right, he's just not with it at the minute.

"I don't want to say it again, but with a performance like that, second-half especially, with no Varane on Saturday, it has to be a slight worry."

"It was a mess, the second-half was a mess," Scholes continued. "Bruno Fernandes was taking throw-ins to the right-back..."

"We looked at it at one point and asked, 'What formation are they playing?' It was disarray," said Rio Ferdinand, who was alongside Scholes on BT Sport's coverage.

Scholes: Pogba will be making the same mistakes when he is 35.

Scholes rounded off his analysis by speaking about his former teammate Paul Pogba, who did not play well in the game. The former England midfielder predicted that Pogba would still be making the same mistakes in a few years time and that he needs an experienced midfielder alongside him to help him stay focused.

“[Pogba] needs somebody on him all the time... somebody there that he totally respects, he needs experienced people behind him," Scholes said.

“How old he? 28? He’s a really experienced player. But he’s one of them that will get to 35 and be exactly the same. He’ll still be doing the stupid stuff where he’s stud rolling the ball, holding people off showing how strong and skilful he is. 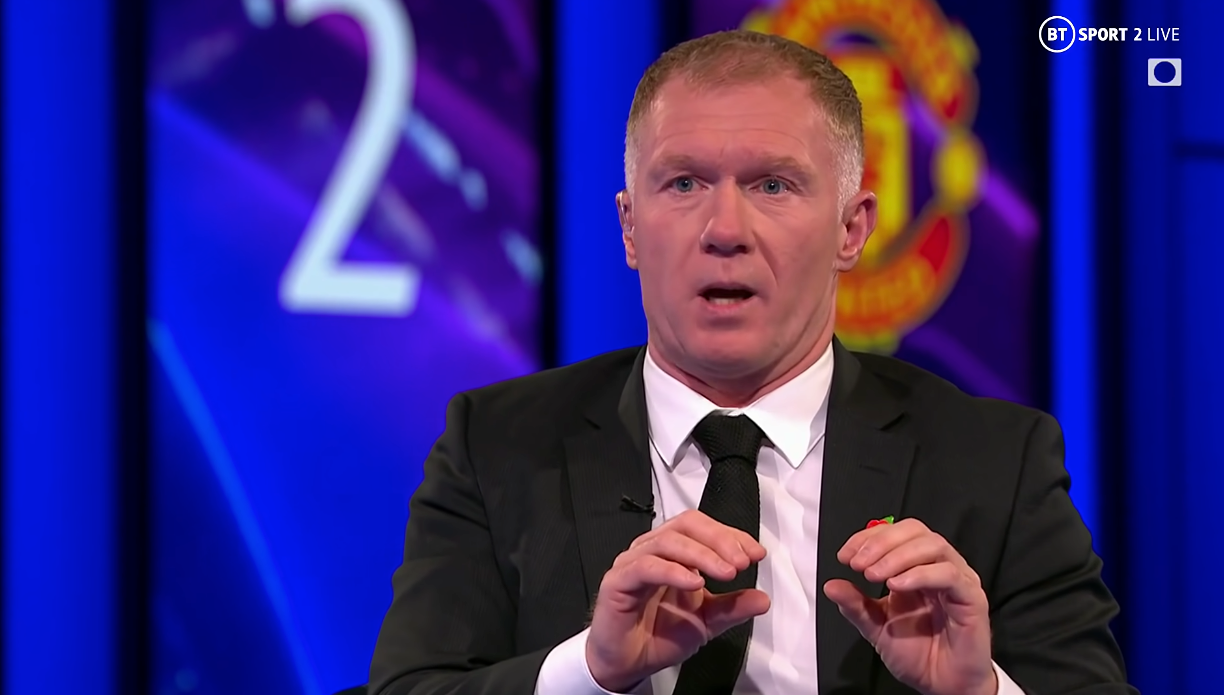 “The biggest thing with Paul is his concentration. He goes away with the fairies at times," Scholes continued.

“You think of the Juventus team he played in, where he was brilliant and was why we signed him. The experience around him... [Andrea] Pirlo, [Giorgi] Chiellini, [Leonardo] Bonucci, [Gianluigi] Buffon, an aggressive manager (Antonio Conte). He will need that treatment until he’s 35.”

The Red Devils know that victory against Villarreal on November 23 will ensure that they progress into the knockout stages of the Champions League.