"What he went in to, I never expected that" - Jon Walters responds to Roy Keane

"Just got hammered this week, didn’t I?"

He saw the Roy Keane comments, he listened as his character was assassinated, his football career scoffed at and his family life - or at least his interviews about his family life - used as some sort of stick to beat him with. 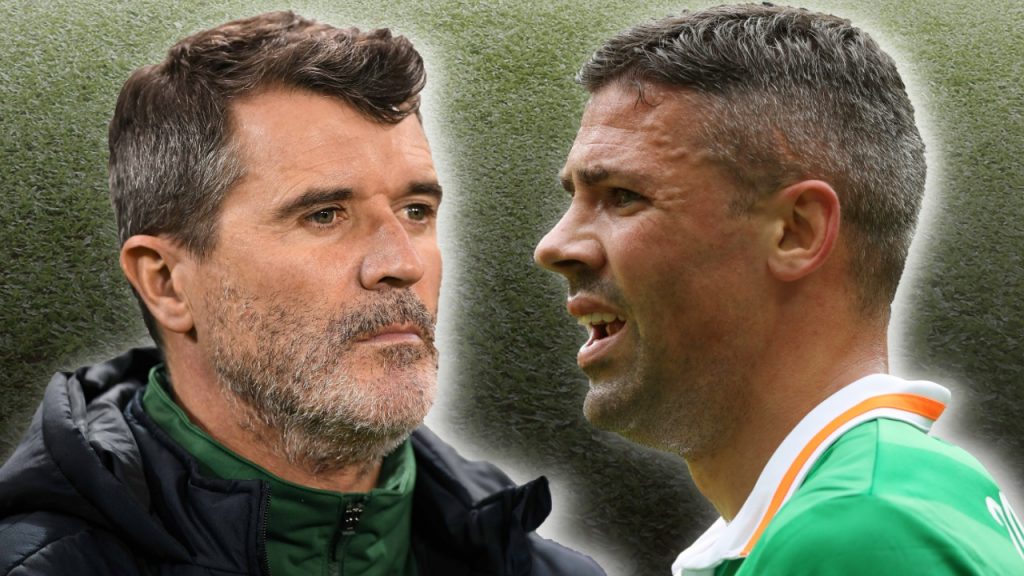 Apparently Roy Keane holds grudges. A meeting of heads at Ipswich Town has transformed into what ...

It seems that most of Keane's frustration is pointed at the stories Walters has told on Liquid Football, JOE's football show. On one episode, Walters recalled the time the pair came head to head in the manager's office at Ipswich Town.

It's not something the former Irish striker regrets - they've both moved on, Walters to the media, and he's just telling stories about what went down throughout his life in professional football, the way any half-decent ex pro would.

"If I get asked something I just tell the truth," he says. "That’s got to him a little bit and he’s had a little nibble back. More than a nibble."

"I’ll tell you one thing about the man - he doesn’t get to me one bit," he said on JOE's Liquid Football.

"As a player I think that’s what bothers him most maybe. I’m possibly the only one that stood up to him, more than once.

“And I think that might get to him. I don’t know. You’d have to ask him that question but you might get something back."

Perhaps what riles Keane is the nature of Walters' stories, where he dismissed the idea that the United legend was someone to be afraid of.

"I said this the other day - I really don’t know why people pay attention. Why they get that worried by Roy. Because, yes, he was a good player - an unbelievable player - known as a hard man on the pitch.

"But there’s a difference between being a hard man on the pitch and being a tough guy. Just because someone has a sharp tongue or a stare, doesn’t make them a tough guy.

"My brother-in-law was a Marine commando, went to war, he’s a tough guy. They’re the people you say are tough guys, not Roy. So that’s why I was never scared as a player.

“You have bullies who try and bully you. I always do the right thing, and stick up to it."

And, of course, Walters took exception to some of Keane's comments about him crying on TV - stuff that was "a bit close to the bone".

"What he went into, the stuff about crying on TV, I think that was something that I never expected.

"What it came from - I did an interview with Henry Winter two years ago. And he caught me by surprise. He asked me about my mum, which I’d never spoke about. Not even with my family, not even with my wife and my kids.

"It’s almost like a taboo subject and always has been. I went into it and I broke down. And he offered to not publish it. To take it out. But I said ‘No go ahead with it. Just see what comes of it.’

"I was nervous about it. It came out, off the back of that - the amount of people that got in touch through Twitter and Instagram, people in the street…

"It was a case of people, what they went into - they had lost children recently, they’d lost parents - and they were lower than low.

"You’re talking about things that they were contemplating and the fact that I had spoken out had helped them speak to someone and to really help them. So it hit a chord with me that when you have a platform you can speak about it.

"And then I went to the Late Late Show in Dublin. And no one knew the year I’d had. Only my wife knew… really to the extent of the year that we both had.

"My wife lost her baby the day after. And then my daughter was diagnosed with scoliosis, which is… You’re talking about operations and as a 14-year-old girl that’s not nice. That hit me hard.

"So I went on the Late Late Show but I couldn’t get my words out. I was okay speaking to my wife about it, because we both knew. But to go and tell everyone else… I didn’t want to do it, but it was just the fact of how many people it helped in the first place.

"And mental health’s a massive issue now. I think suicide’s the biggest killer of men, isn’t it? And the people that got in touch with me in the first place, that made me wanna say ‘Look, footballers - we’re humans. This happens to us.’

"And you know, my brother passed away, and a big part of him passing away was mental health, from a young age. Partly to do with Mum passing away - that was a big reason he was why he was in the end.

"And [for Keane] to go there - that was… whether he meant it or not, he probably did… I think it just shows a side of him that probably I know."