"Honestly, that’s way over the top."

Roy Keane has said that the Republic of Ireland went too far when celebrating their win over Lithuania on Tuesday night.

Stephen Kenny's side won the friendly game 1-0 thanks to a brilliant strike from Troy Parrott in the 97th minute. The goal sparked exuberant celebrations from Ireland fans, players and coaches at the Aviva Stadium.

However, Keane, who was Ireland's assistant manager between 2013 and 2018, has taken issue with the reaction to Parrott's strike.

He has said that the celebrations after beating the team ranked 137th in the world were 'way over the top.' 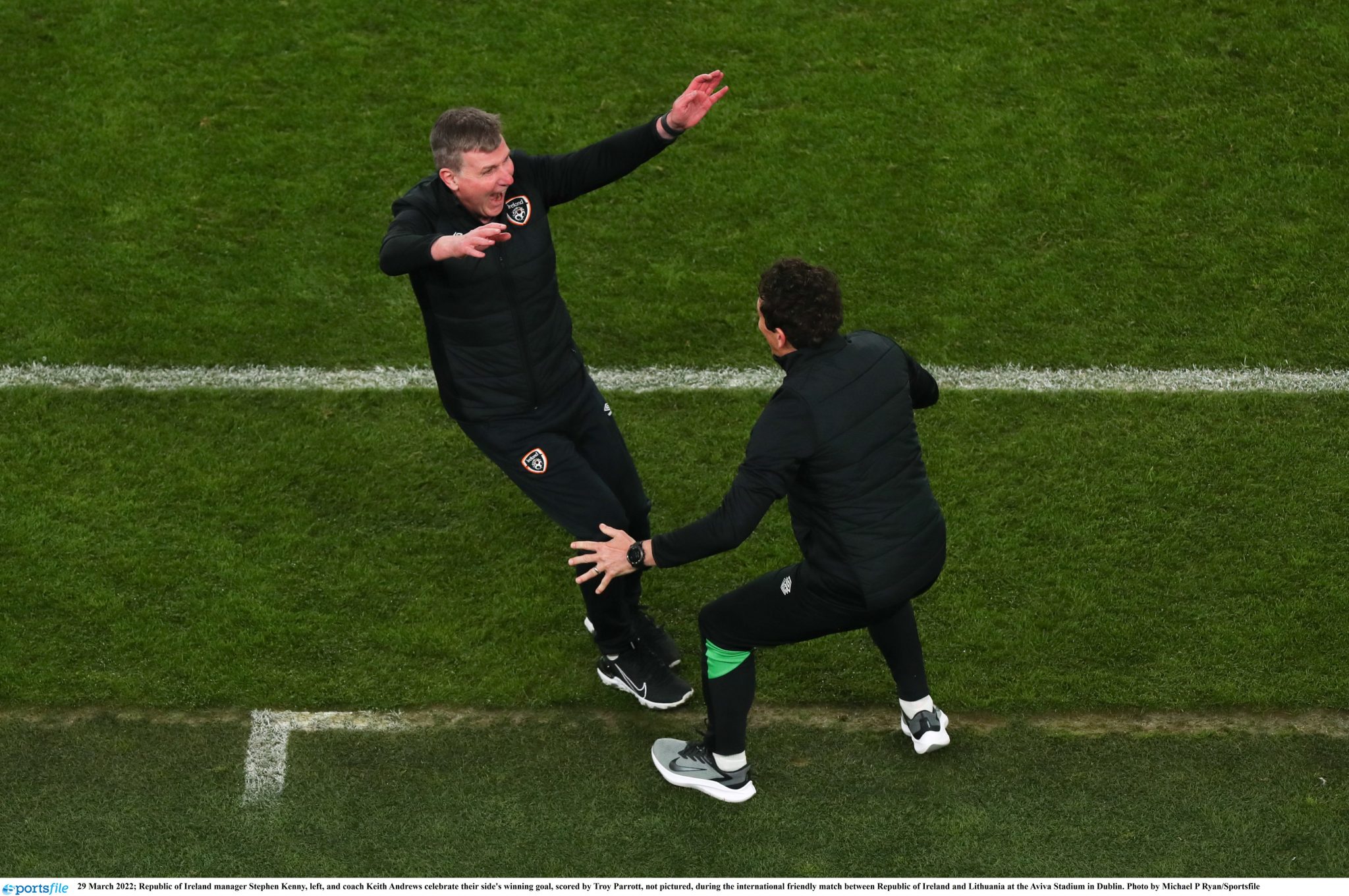 END_OF_DOCUMENT_TOKEN_TO_BE_REPLACED

"It was an important win, better late than never, but they made hard work of it," the former Ireland captain said on ITV.

"I think the celebrations at the end are way over the top.

"But an important goal, even for Parrott, he’s a young player. His career has probably stalled a little bit. But they kept going, showed a bit of spirit and fight.

"You take that win. The feel-good factor, keep that going, a bit of momentum.

"Honestly, that’s way over the top (the celebrations). For managers, staff and players to react that way to a friendly win. Come on. Get over it." 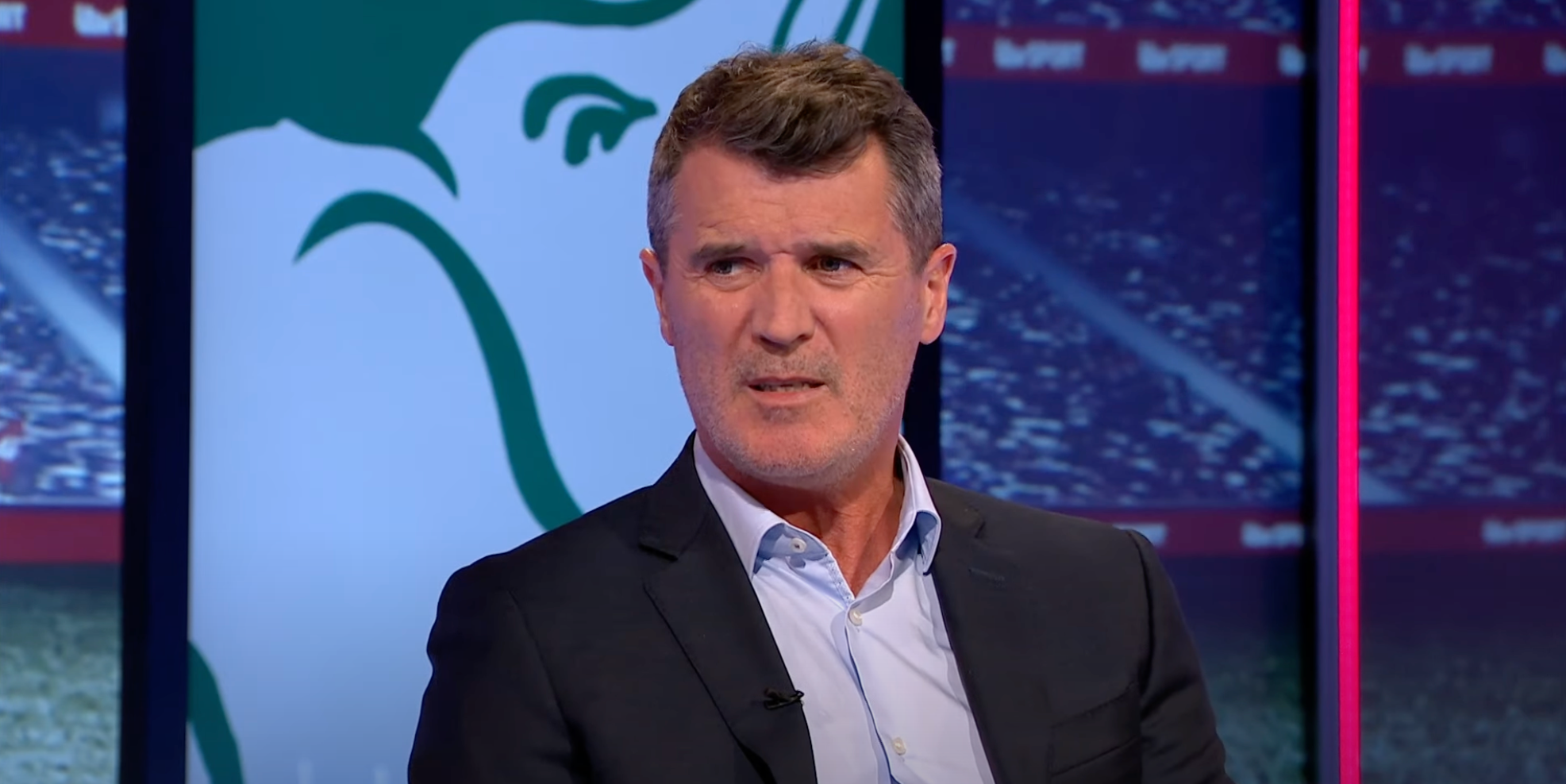 Keane on Ireland under Stephen Kenny.

This isn't the first time Keane has commented on Kenny or members of his backroom staff. Last November, the Cork-native said that the Ireland manager was doing 'okay' in the job.

"And if okay is fine for everybody else in Ireland, good luck to them," Keane said.

"Along the line at top-level football, I thought winning was part of that package. Maybe I’m wrong."

The former Manchester United captain also referred to Keith Andrews, Kenny's assistant manager, as a 'bulls*****' in an interview back in 2020.

Ahead of the Lithuania match, Andrews said that Keane's comments didn't affect him.


popular
The four stone-cold certainties for All-Stars even as early as this
Kylian Mbappe reportedly wants PSG to sell Neymar
Eamon McGee just couldn't help himself with Armagh-melee tweet
"The economy was one of the big reasons" - Cadogan's move from an electrician to personal training
Gavin Coombes one of four Irish players to push themselves into Test picture
"He's actually smiling putting the ball over the bar. He should nearly be fainting." - Ryall on Limerick's legacy
Richard Keys tears into Gary Neville over 'nonsense' new book
You may also like
1 week ago
Robbie Brady: Three Championship clubs line up Ireland winger on free transfer
1 week ago
Burnley name their price for Nathan Collins with two Premier League clubs interested
1 week ago
Troy Parrott wants to 'impress' Antonio Conte during Spurs pre-season
1 week ago
Aiden McGeady could be Hibs bound as Lee Johnson drops transfer hint
1 week ago
Three Premier League clubs reportedly want to sign Nathan Collins
1 week ago
"Is Stephen Kenny telling him to do it?" - Liam Brady questions Ireland tactics and contract decision
Next Page