The Republic of Ireland recorded two positive results from their March friendlies. Stephen Kenny's side earned a 2-2 draw with Belgium, who had no player with more than 50 caps in their team, and beat Lithuania 1-0 thanks to Troy Parrott's stunning 97th-minute strike.

The two friendlies acted as excellent preparation for June's competitive Uefa Nations League games when Ireland are due to play Scotland and Ukraine. Kenny's side faced the team ranked number one in the world and the side ranked 137th, and the Ireland manager will have a good sense of his squad after two contrasting games.

There were positives from both matches and areas for improvement. Here are five talking points from the Ireland games over the last week 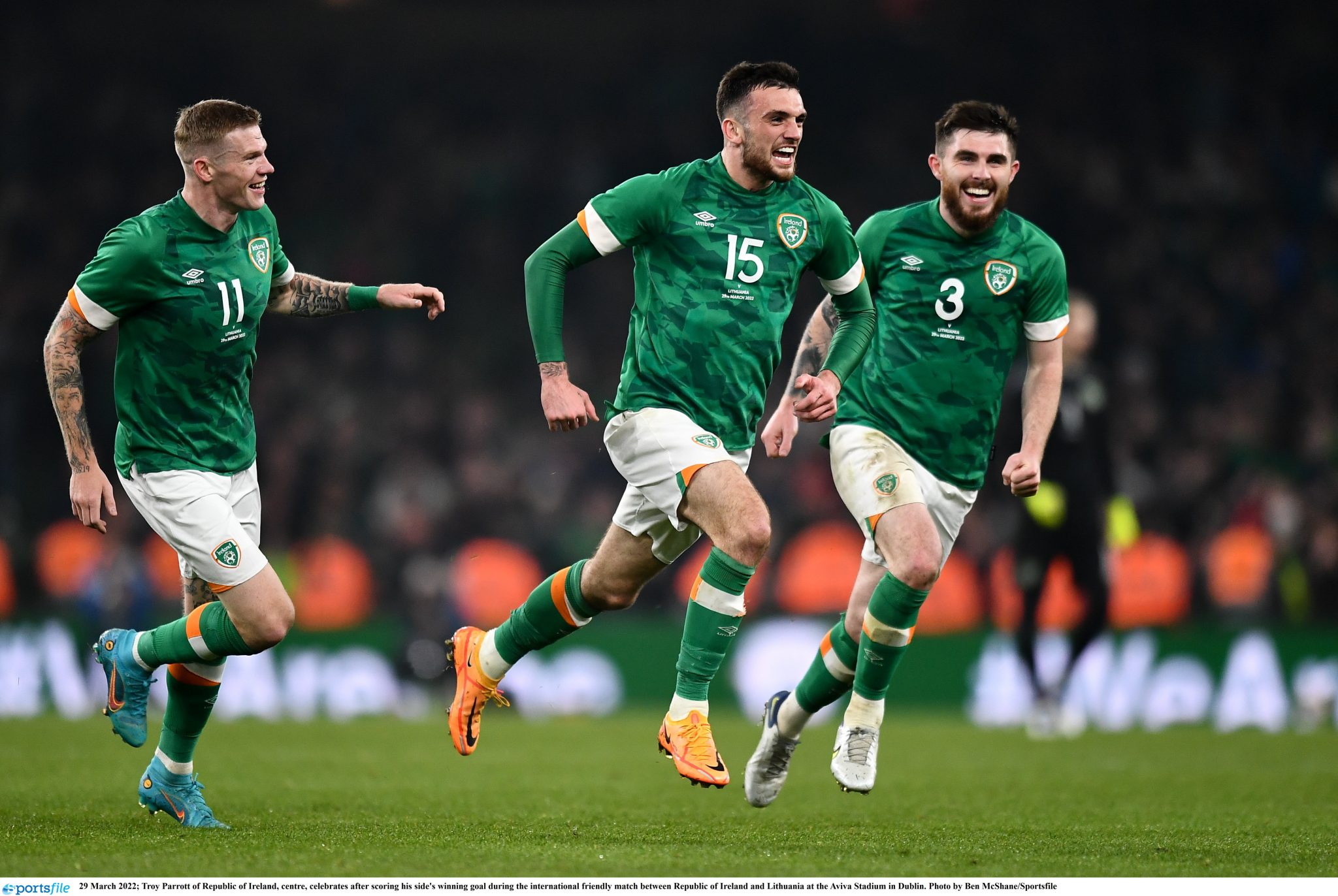 Troy Parrott was only on the pitch for 30 minutes on Tuesday night, and even if he had not had scored, the 20-year-old had made a compelling case to play in the Uefa Nations League games this June.

END_OF_DOCUMENT_TOKEN_TO_BE_REPLACED

Some of his teammates became frantic and frustrated as the game went on, but Parrott was composed and clever. He looked the most likely to make the breakthrough as Ireland laboured against a limited Lithuania team, who are ranked 137th in the world.

Parrott played a lovely reverse pass to James McClean, who didn't hold his run and was offside when he squared to Chiedozie Ogbene to score before the goal was ruled out. The MK Dons forward also forced Dziugas Bartkus to make an excellent save in stoppage time.

The Dubliner's goal in the 97th minute was brilliant, and not just because he delivered in a key moment and scored from almost 30 yards out. 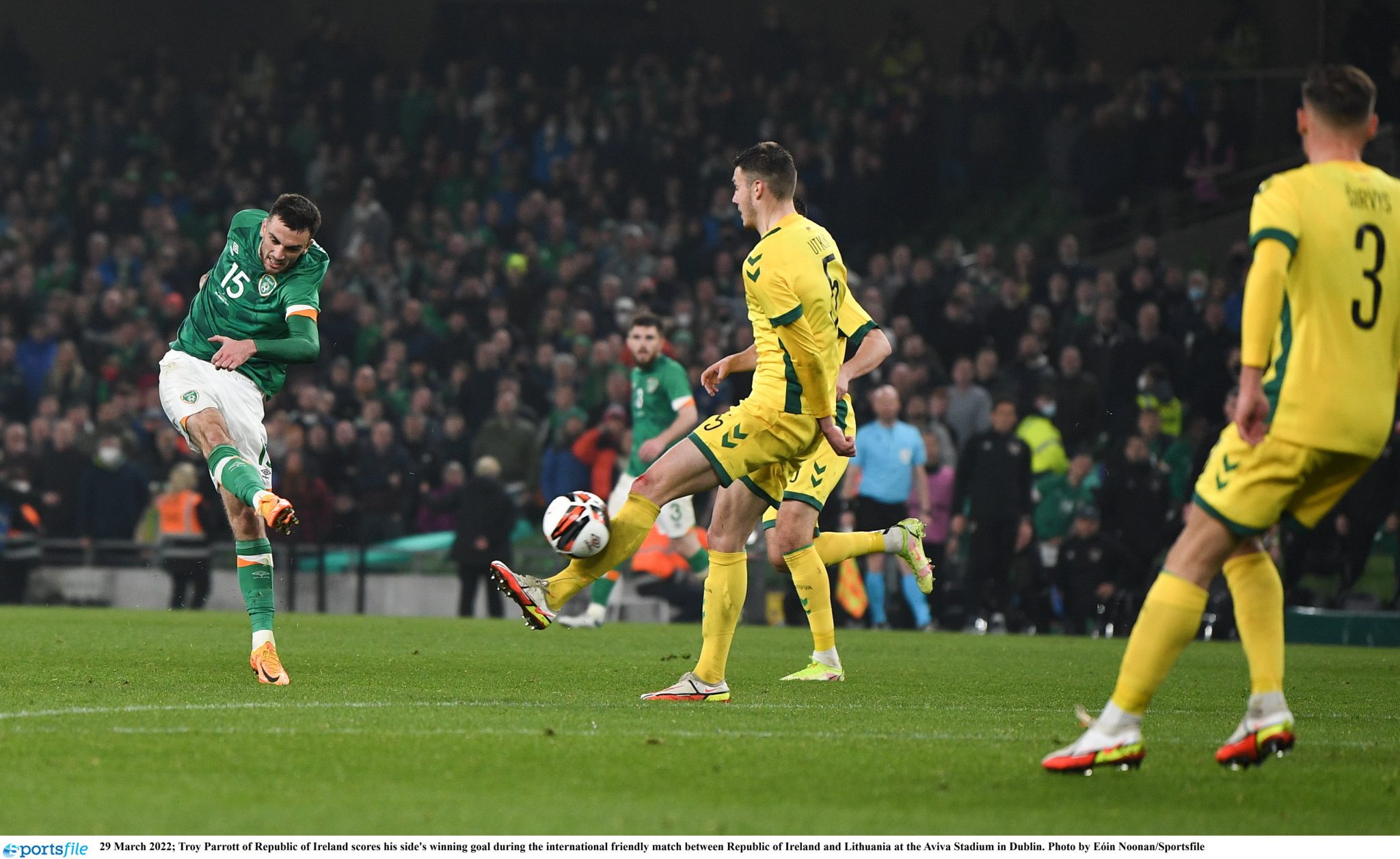 END_OF_DOCUMENT_TOKEN_TO_BE_REPLACED

Parrott talked reporters through the strike in the post-match press conference and explained how he took a few steps to his right and tried to anticipate where the ball would drop. Without wanting to pile pressure on him, it was reminiscent of how Robbie Keane would read the play and put himself in the correct position.

It is still early days for the 20-year-old in his professional career, but the signs are promising. Parrott, who has scored three Ireland goals in 12 appearances, looked a step ahead of his teammates. He led the line and got into the box to try to get on the end of crosses, but also excelled when dropping deep to link play.

The Dubliner has predominately played on the right side of a forward three for MK Dons this season, but, as Kenny said following the game, Parrott views himself as a centre-forward. In Ireland's Nations League games in June, the Ireland manager should start Parrott in his favoured position and give him the chance to replicate Tuesday's performance.

Nathan Collins was named the man of the match against Lithuania, but that was before Parrott capped his superb cameo appearance with a stunning stoppage-time goal.

Collins, however, was Ireland's best player on the night after Parrott and gave Kenny plenty to ponder with his performance. The Burnley defender won every header he contested, looked comfortable carrying the ball out of defence, and was confident and composed in everything he did.

Collins' performance contrasted with that of Seamus Coleman's display against Belgium. The context of the two matches was starkly different, but Ireland's captain looked shaky in Saturday's match after a difficult season for Everton.

Coleman is still a highly valuable player in the Ireland squad, and he will undoubtedly be involved in the Uefa Nations League and Euro 2024 campaign. However, at some point, he will have to be replaced in the starting XI.

If Collins can build on Tuesday's performance, he could eventually slot into the captain's place on the right side of the back three. The same applies to Ryan Manning at left-wing back. His crossing and link-up play against Lithuania was impressive and he could be in contention to start ahead of James McClean. 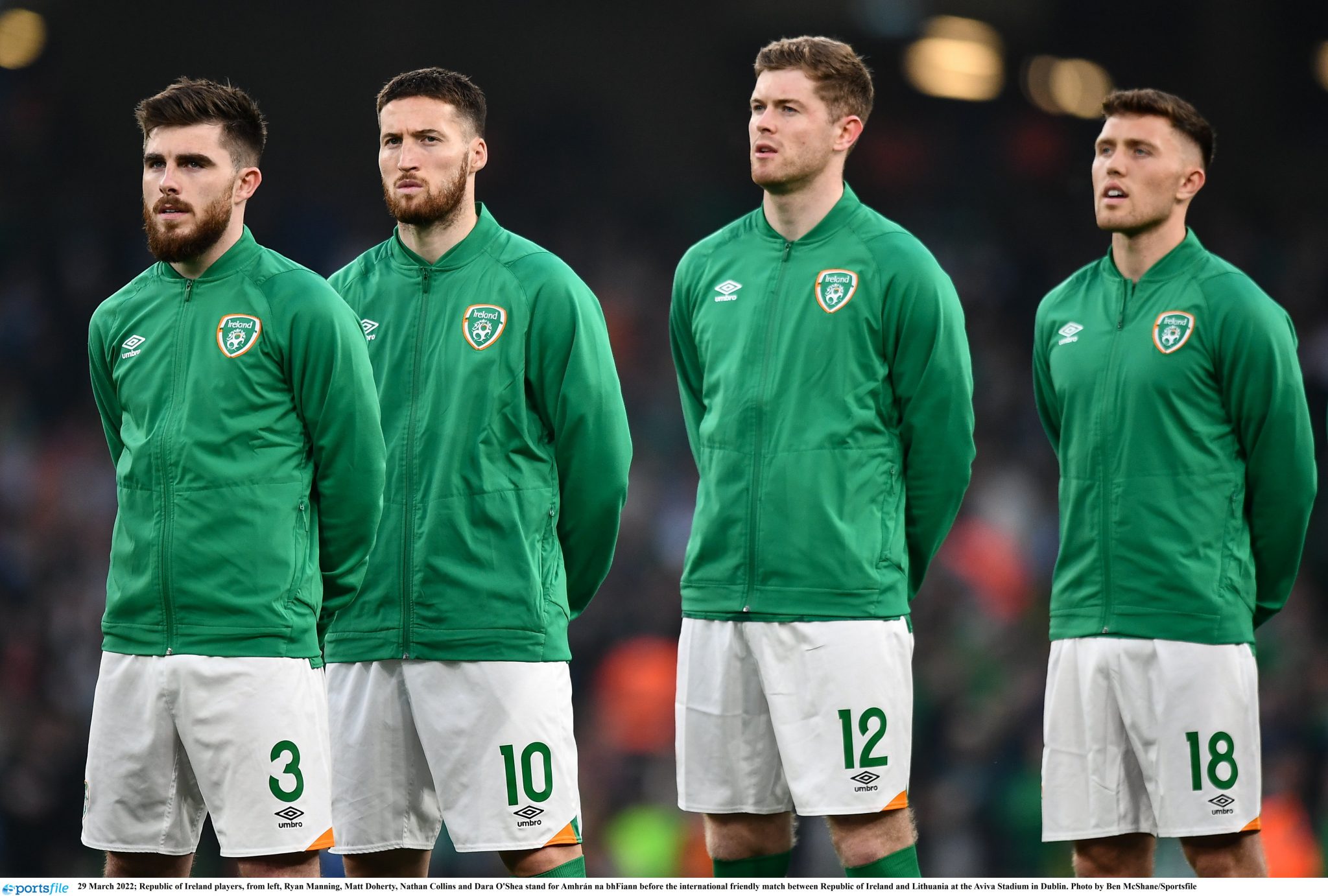 Ireland must improve their set-pieces.

In the first half against Lithuania, Conor Hourihane took seven corners and was unsuccessful with all of them. Only once did he find an Ireland player - John Egan at the back post. Regardless of whether he targeted the near or back post, the midfielder had no luck with his deliveries. Ireland just didn't pose much of a threat from set-pieces.

Lithuania, it must be noted, were a physical team, happy to sit deep and head away Ireland's crosses into the box. It wasn't easy to find free players in a packed penalty area. But at the same time, Kenny's side will need to be much better from set-pieces if they are to be successful in competitive matches.

In international football, set-pieces are vitally important, even more so than in the club game, and they can carry a team a long way. England scored nine set-piece goals at the 2018 World Cup, a record that helped them reach the semi-finals of the tournament. 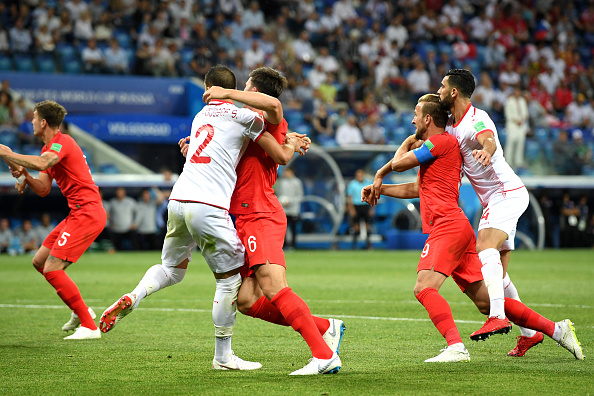 Kenny's side must target set-pieces as a way to win games. Regardless of whether they have almost 70 per cent possession, as they did on Tuesday night, or less than 40 per cent of the ball, as was the case against Belgium on Saturday, success at set-pieces could make or break Ireland in competitive games. Their deliveries must be better, and Hourihane, unfortunately, fell short in this regard on Tuesday night.

Meanwhile, at the other end, there can be no repeat of Belgium's second goal on Saturday, when Hans Vanaken scored with a free header in Ireland's penalty area from a Belgium corner. And, on the theme of small margins, Ireland must stop being caught offside as much as they were on Tuesday night.

Against Lithuania, Kenny's side were caught offside five times and scored four offside goals. For context, Burnley have been caught offside more times than any other team this season in the Premier League, averaging 2.5 offside calls against them per game.

Ireland doubled that rate on Tuesday night and were caught offside three times against Belgium. It wasn't an anomaly either, as too many times players didn't hold their runs or react quick enough to get back onside. 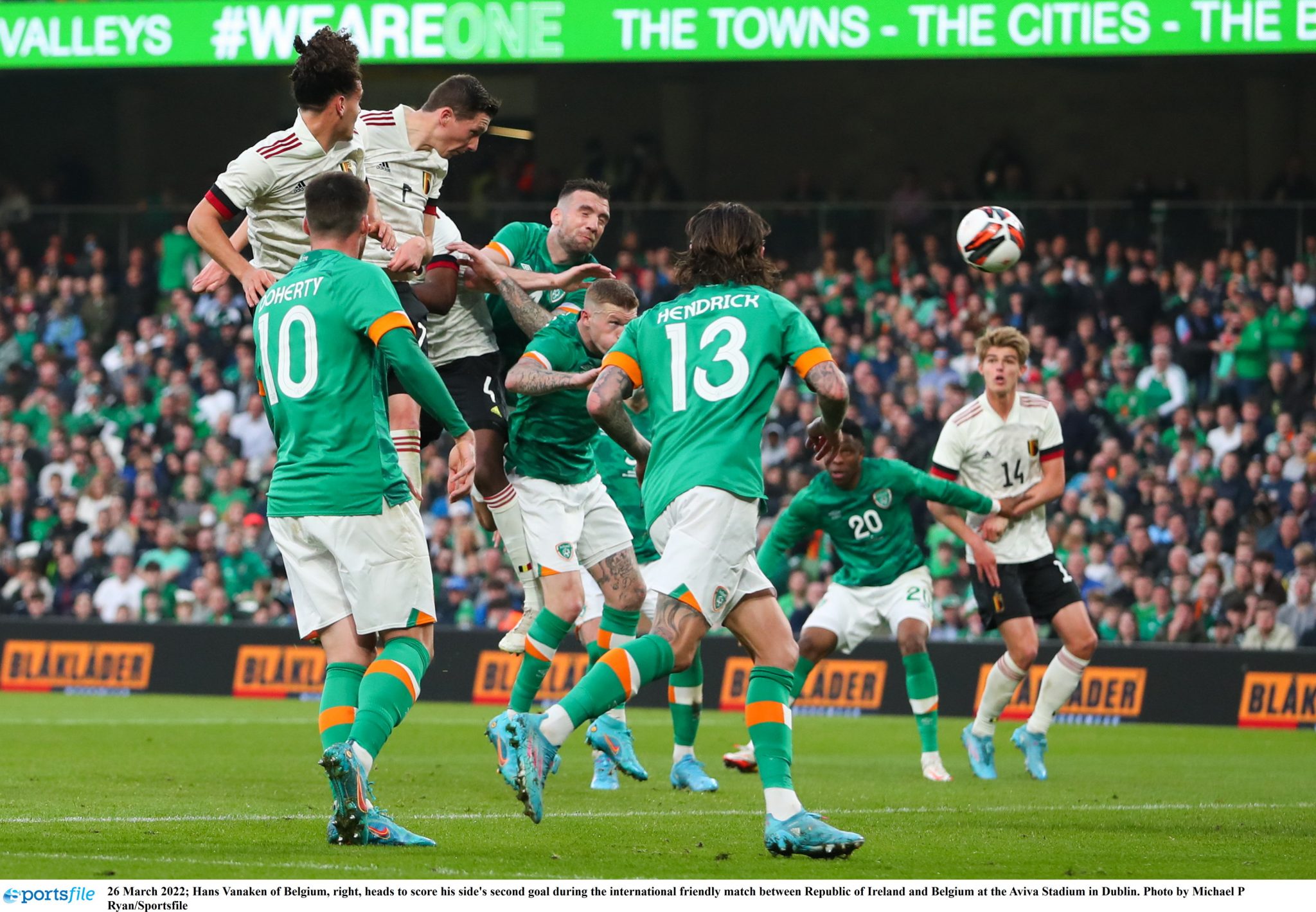 Ireland may need to deploy a third midfielder.

With the exception of Josh Cullen, Ireland's midfielders didn't excel in either game over the last week. Against Belgium, Ireland's two-man midfield of Cullen and Jeff Hendrick were overrun at times. Cullen was neat in possession and should start the Nations League games, his passing is vital in starting moves and setting the pace for Kenny's team. But Hendrick often wandered from his position and left his teammate with too much ground to cover. Ireland arguably needed another midfielder alongside the pair to try to get a grip on the game.

Meanwhile, against Lithuania, Alan Browne and Conor Hourihane didn't stand out. Browne couldn't replicate his performance as a substitute against Belgium when he scored a thumping header. While Hourihane struggled on set-pieces and, a few nice passes aside, didn't make a positive impact on the match.

However, beyond the individual quality of players, it could be argued that Kenny might need to adapt his system and incorporate another midfielder - particularly against stronger opponents. A trio of Cullen, Hendrick and Jason Knight, who has played wide left for Ireland, could be the answer.

The Ireland manager has found a way to help his players perform at a higher level than their club form suggests they should. He has achieved this by implementing a system that plays to their strengths. If Kenny can plug the gaps in the engine room with a third player, Ireland's midfield may reach another level. 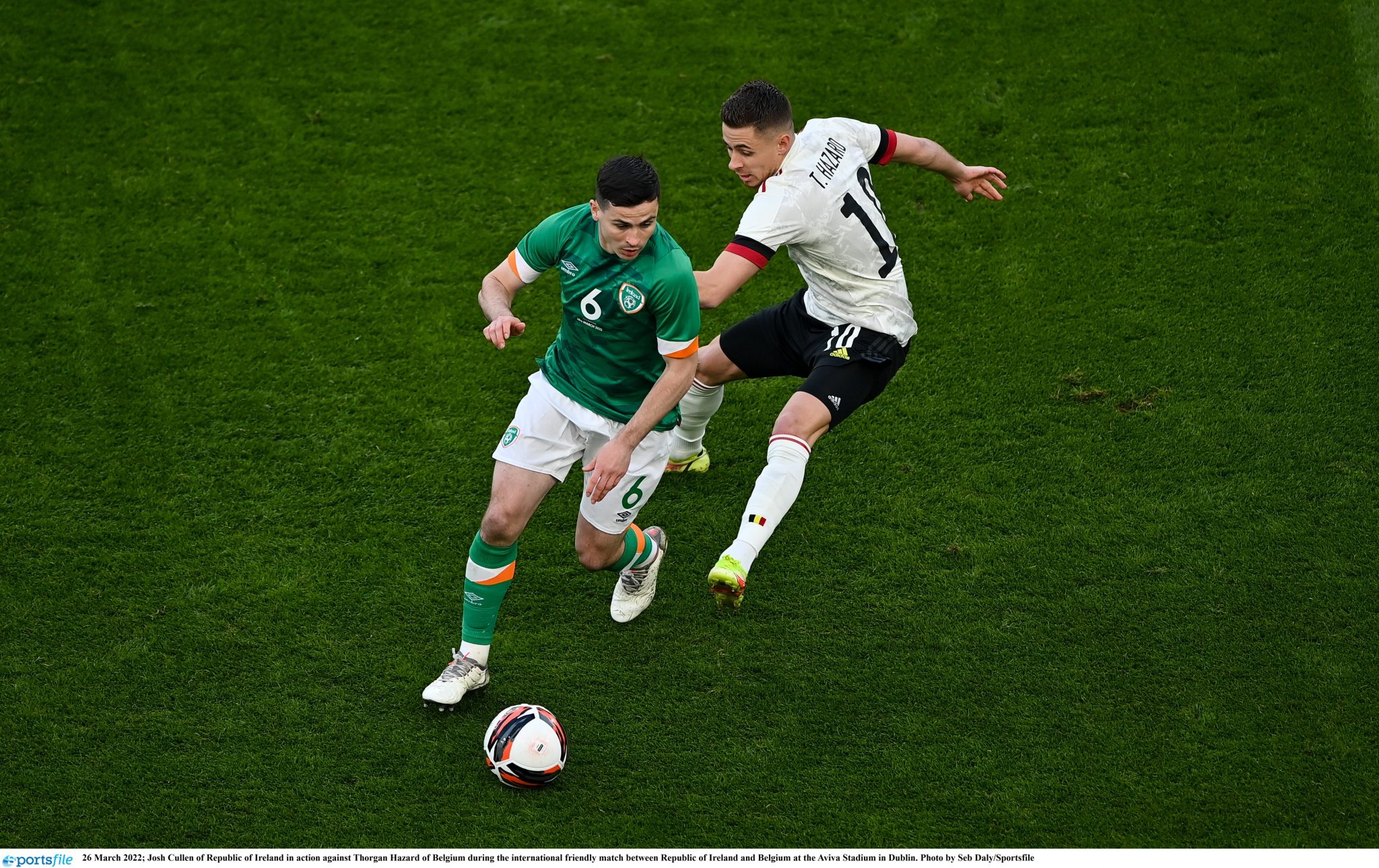 Ireland's high-pressing shows how far the team has come.

Belgium manager Roberto Martinez praised Ireland's intensity and high pressing after the 2-2 draw last Saturday. Martinez was being grilled by Belgian journalists and asked to explain why his side didn't win the game, so it was possible that the Spanish coach was simply deflecting from his team's shortcomings on the day.

However, he wasn't wrong. Ireland did unsettle Belgium at times with their high-pressing. It was clear that the team had been effectively coached to carry out a very specific set of instructions. There were triggers to press and the front three hunted in a pack. The Ireland team worked as a cohesive unit and it wasn't just one or two stragglers charging down opponents to try to lift the crowd. 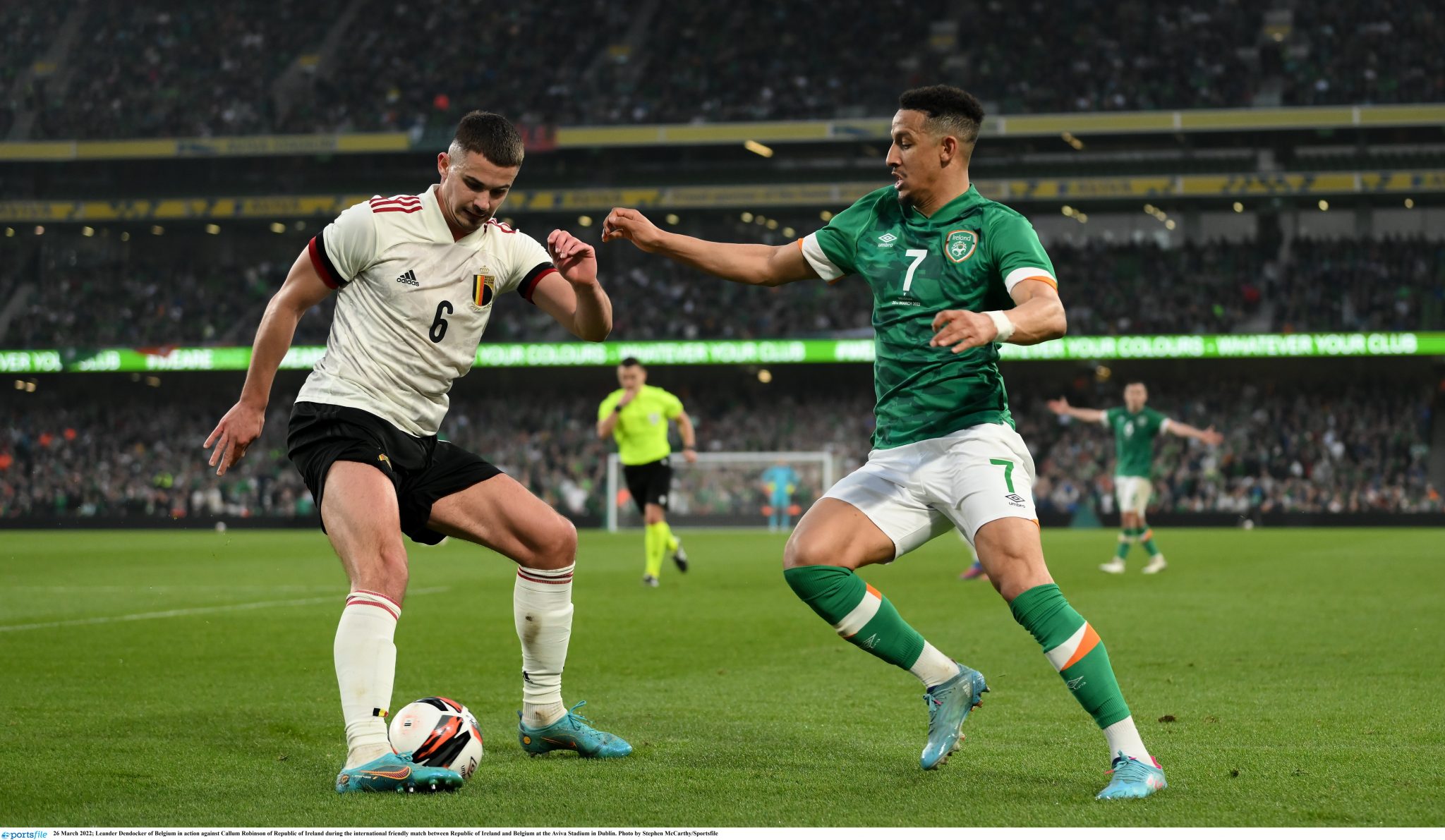 Compare this approach to Ireland's performances before Kenny took over and there is a clear difference in approach, mindset and execution. Ogbene and Cullum Robinson, in particular, set the tone for Ireland's high-pressing style.

As the Ireland manager said on Saturday, it's a "slow death" to sit deep and allow opponents to have the ball. You may get lucky in one or two games, but it's not a long-term formula for success.

Ireland's high-pressing can also overcome the relative lack of creativity in the team. At the very least, this approach has won over fans and the crowds at the Aviva Stadium were given plenty to cheer about over the last week.


popular
Andy Farrell goes for Munster veterans as Ireland team to face New Zealand named
The four stone-cold certainties for All-Stars even as early as this
Eamon McGee just couldn't help himself with Armagh-melee tweet
Kylian Mbappe reportedly wants PSG to sell Neymar
"The economy was one of the big reasons" - Cadogan's move from an electrician to personal training
"He's actually smiling putting the ball over the bar. He should nearly be fainting." - Ryall on Limerick's legacy
Gavin Coombes one of four Irish players to push themselves into Test picture
You may also like
1 week ago
Robbie Brady: Three Championship clubs line up Ireland winger on free transfer
1 week ago
Burnley name their price for Nathan Collins with two Premier League clubs interested
1 week ago
Troy Parrott wants to 'impress' Antonio Conte during Spurs pre-season
1 week ago
Aiden McGeady could be Hibs bound as Lee Johnson drops transfer hint
1 week ago
Three Premier League clubs reportedly want to sign Nathan Collins
1 week ago
"Is Stephen Kenny telling him to do it?" - Liam Brady questions Ireland tactics and contract decision
Next Page