"It looks as if the players have all got a bit frightened of the challenge," declared Roy Keane after Manchester United drew 0-0 away to injury-hit Arsenal. Not for the first time, no-one was arguing with Keane.

United's home loss to Sheffield United and their draw with Arsenal has seen them slip three points behind Manchester City, who have a game in hand and are stacking up multiple clean sheets.

For those that doubted Ole Gunnar Solskjaer's side were capable of a title challenge, the past four days have re-affirmed that belief. Jürgen Klopp was quick to remind reporters, after his side lost at home to Burnley, last week, that every side would experience another slump before the season was out.

United are not exactly in a slump, but they have looked ponderous and heavy in their last two outings. Solskjaer tried to rest some of his key players against the Blades and was left ruing that call as his team lost 2-1 to a bang average team.

Arsenal are a couple of steps above Chris Wilder's side, but no more than that. With three of their best players out injured, they gave starts to Nicolas Pepé and Gabriel Martinelli but hate little bit about them. Their best chance of breaking the dead-lock came from an Alexandre Lacazette free-kick that rattled the United crossbar.

Fred was denied by a glorious Bernd Leno save, in the first half, and Edinson Cavani conspired to miss the target twice from six yards out. Following the game, Keane took United to task but it was fellow Sky Sports pundit Jamie Carragher that sounded more exasperated. 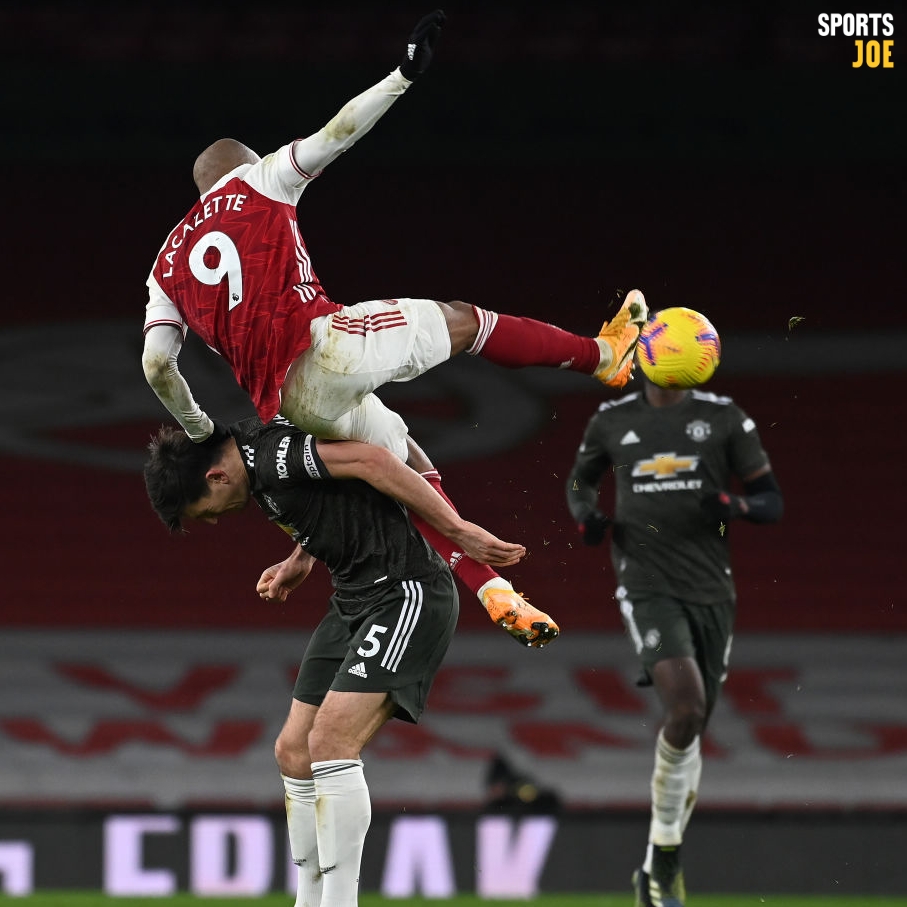 The former United captain cut a frustrated figure, post-match, as he bemoaned Solskjaer's side and their lack of drive. "I'm scratching my head with United, really," he admitted.

It ultimately took Carragher climbing into United to light a fire under Keane. The former Liverpool defender proclaimed:

"I'd be more angry as a United fan about today than I would be mid-week. Yes it was a game they should have won, against Sheffield United, but we've been there before, as players, at times you lose a game you shouldn't.

Having somewhat eased off, Keane expanded on his previous point and few could disagree with his comments.

"There's a different type of pressure though, now, isn't there Jamie?" he began.

"If you look at where they were the last few months, they were getting the plaudits but they were sneaking up the table. And they got into a good habit of winning even when they weren't playing great, particularly at home when they were playing on the counter-attack.

"All of a sudden, these last three or four weeks when they got to the top, people are saying, 'Can you win the league? Can you compete with Man City?' And it looks as if the players have got a bit frightened of the challenge. It's like they've said, 'I don't think we're ready yet'."

Asked by Carragher if United were almost content to be second in the league, Keane's eyes nearly left his sockets.

For United, when Keane was a player, second was nowhere. For the current United, second may be the best they can hope for.


popular
"Twas often I felt like firing a boot at him' - Micko's words of consolation didn't go down well in Cork
The SportsJOE 12 o'clock quiz | Day 328
"I couldn’t speak, but Rhys could see that something serious was going on"
Springbok star Eben Etzebeth's lockdown workout would break most of us
Endearing Keith Earls story proves he will never forget his roots
Eric Cantona confirms famous Roy Keane story about him
Why Jude Bellingham wears the No. 22 jersey
You may also like
3 days ago
Agbonlahor recalls Roy Keane reaction to Aston Villa training ground fight
1 week ago
Only a true diehard would ever get full marks in this Man United quiz
1 week ago
First glimpse of new Man United jersey sees crest and logo changes
2 weeks ago
Ruud van Nistelrooy on how Alex Ferguson sabotaged his golden boot bid
3 weeks ago
Man United's new shirt sponsor and four different ways it could look
3 weeks ago
Amad Diallo's goal celebration was a tribute to former Atalanta teammate
Next Page