Cristiano Ronaldo, to the surprise of literally nobody, doesn't appear to be too pleased about being made to stay at Manchester United for another season.

Less than a year after returning to Old Trafford, Ronaldo made it known over the summer that he wanted to leave again after United finished sixth and missed out on Champions League qualification. 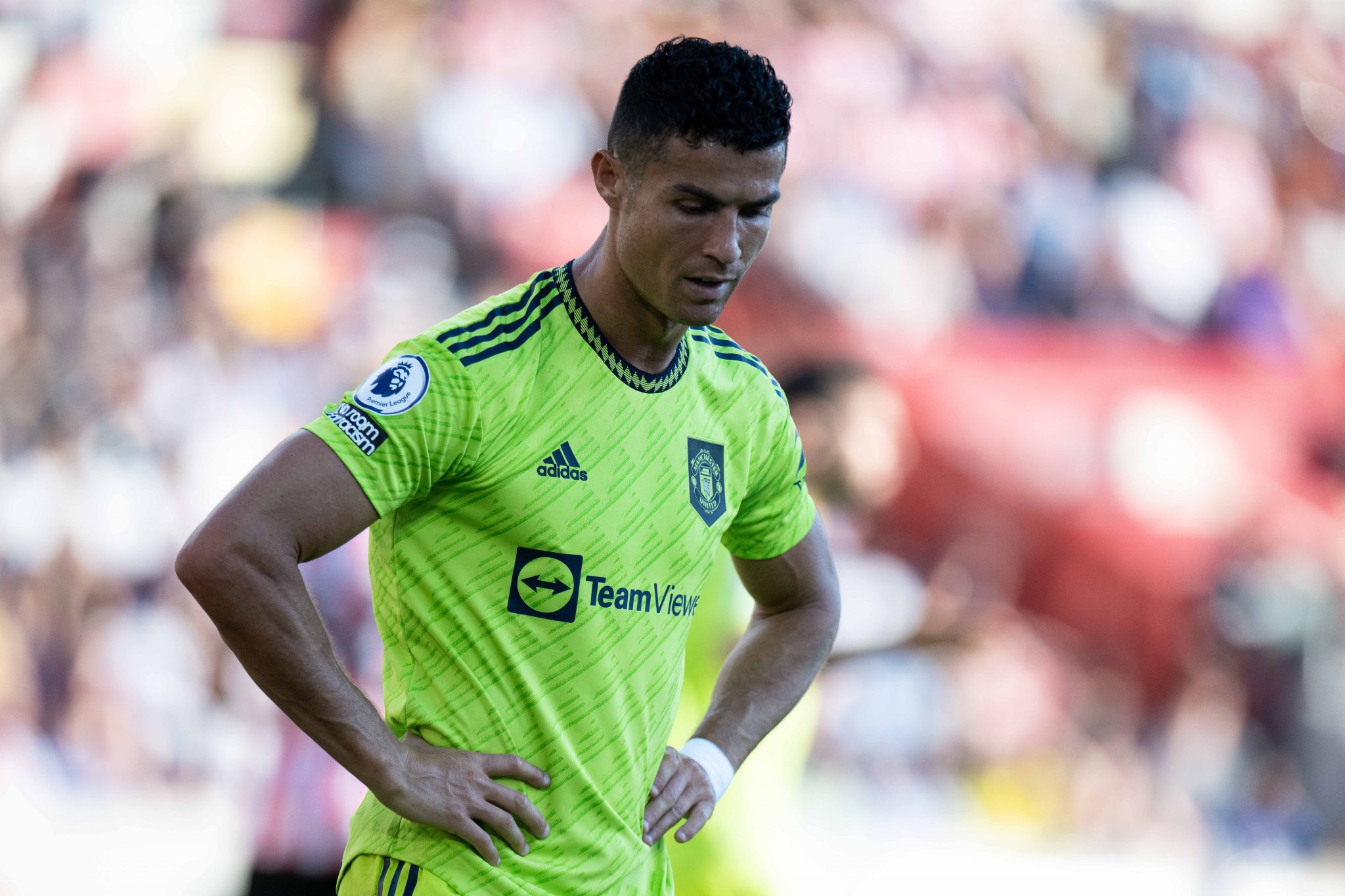 END_OF_DOCUMENT_TOKEN_TO_BE_REPLACED

Unfortunately for Ronaldo, United have insisted he's going nowhere. Although the situation might have changed had any club in the Champions League this year actually wanted to buy him.

Ronaldo missed United's preseason tour of Asia and Australia but played a part in United's pre-season friendly against Rayo Vallecano (leaving at half-time).

END_OF_DOCUMENT_TOKEN_TO_BE_REPLACED

Following an injury to the in-form Anthony Martial, the 37-year-old has since featured in the second half of United's opening day defeat to Brighton before starting the catastrophic 4-0 loss to Brentford on Saturday, where he cut an understandably frustrated figure.

According to The Athletic, his reintegration to United's squad hasn't gone as smoothly as Erik ten Hag would have hoped, either, with a report claiming there have been occasions where he has eaten his lunch alone in the canteen of United's training facility.

The report also claims he has appeared exasperated in training, 'flapping his arms about' and 'attempting to argue' with Ten Hag's high-press approach.

"He's spent a lot more time trying to leave than he ever did trying to get here."

"Ronaldo is probably bigger than the club, to be fair."

Man United fans remain divided on how to solve the Cristiano Ronaldo problem at the club pic.twitter.com/g08ZE87dtL

END_OF_DOCUMENT_TOKEN_TO_BE_REPLACED

Man United sit bottom of the Premier League after two games, with supporters in the away end at the Gtech Community Stadium venting their anger at those players who acknowledged them after full-time on Saturday.

As well as turning their ire on the players, the disastrous start to the season has also seen criticism of the Glazer family intensify, with supporters continuing the protests seen at the end of last season.

Man United's next game takes place next Monday when they host Liverpool at Old Trafford.