Romelu Lukaku's agent has strongly denied suggestions that his client's return to Chelsea was motivated purely by money - and revealed the pair have received threats over the transfer.

Lukaku returned to Chelsea in a £98m deal earlier in the week, bringing to an end his two-year spell with Inter Milan.

END_OF_DOCUMENT_TOKEN_TO_BE_REPLACED

Inter fans have been upset at the Belgian's departure, with some media reports suggesting his decision was a financial one.

"The narrative - that Lukaku's transfer was 'engineered' and 'forced' just to pander to financial interests - is leading everyone absolutely astray," the statement reads.

"Where Lukaku has never publicly expressed any unease or discontent about his experience at FC Internazionale, his contractual situation or the well known events of the Club, the interest of Chelsea has really touched Romelu's soul from the very first moment because that club means to him something unique and special.

END_OF_DOCUMENT_TOKEN_TO_BE_REPLACED

"In recent days I have seen a video from 2009 in which the 16- year-old visited the Stamford Bridge stadium with his school and swore that one day he would play on that pitch.

"I recommend everyone to watch it carefully: it's impressive how clearly a 16-year-old boy was already drawing his future. He wanted to wear that shirt, he succeeded when he was only 18 and unfortunately he left before he could make his mark and win something important.

"This challenge remained like a bug in his heart and mind for all these years. And when, almost unexpectedly, the opportunity to try again came up - at the age of 28 after two seasons as a main player with FC Internazionale - he almost didn't believe it.

"It was a chance to come full circle and being the exemplary professional that he is, he decided it was time to accept that challenge again. 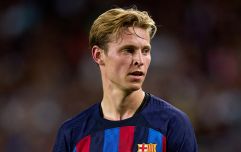 END_OF_DOCUMENT_TOKEN_TO_BE_REPLACED

"Believe it or not, the supporters affection and the special bond with the city of Milan made him think about it for a long time: but then, once he made his decision, he carried on with conviction and firmness."

Pastorello's statement continues, revealing that both he and Lukaku have received threats from Inter supporters - including some directed at members of his family.

"I would like to clarify that I have always accepted - and will continue to do so - confrontation and constructive criticism: they are part of the game for those who play a role with considerable media relevance.

"What we absolutely cannot tolerate are the falsehoods, insinuations, insults and threats we have received (also against my family and my daughters, i.e.), which have far exceeded the limits of civilisation, decency and tolerance."