Before the 2005 FA Cup final, Arsene Wenger was asked about the revolution taking place in English football. On the face of it, all seemed well. Arsenal had won the league in 2004 while remaining unbeaten. In the final in Cardiff, they would meet a familiar enemy. Manchester United and Arsenal had been rivals before Wenger had arrived at the club nine years earlier but the clashes had accelerated since 1996.

But there were problems. Arsenal had finished second in 2005, something they were used to, but, since 1997, it had always been United who were ahead of them if they weren’t champions themselves. This season had been different. Wenger’s side had finished 12 points behind a club which had won their first title in fifty years: Jose Mourinho’s Chelsea or, more precisely, Roman Abramovich’s Chelsea.

Before the Cup final, Wenger was asked about Chelsea and his answer revealed who he thought the real danger was to the established order in English football.

END_OF_DOCUMENT_TOKEN_TO_BE_REPLACED

“They are a financially doped club,” Wenger said. “They have enhancement of performances through financial resources which are unlimited. It puts pressure on the market that is not very healthy. They can go to Steven Gerrard or Rio Ferdinand and say ‘how much do you earn? We’ll give you twice as much’. I don’t know if there is anything we can do to stop it.”

There was nothing Wenger could do to stop it, except spend money Arsenal didn’t have. Arsenal won the cup that year, but it was their last trophy for nine seasons. In 2006, Arsenal would move to their new stadium, a £400 million statement of intent, but the cost of that statement would restrict Arsenal’s ability to compete with those whose resources were unlimited. 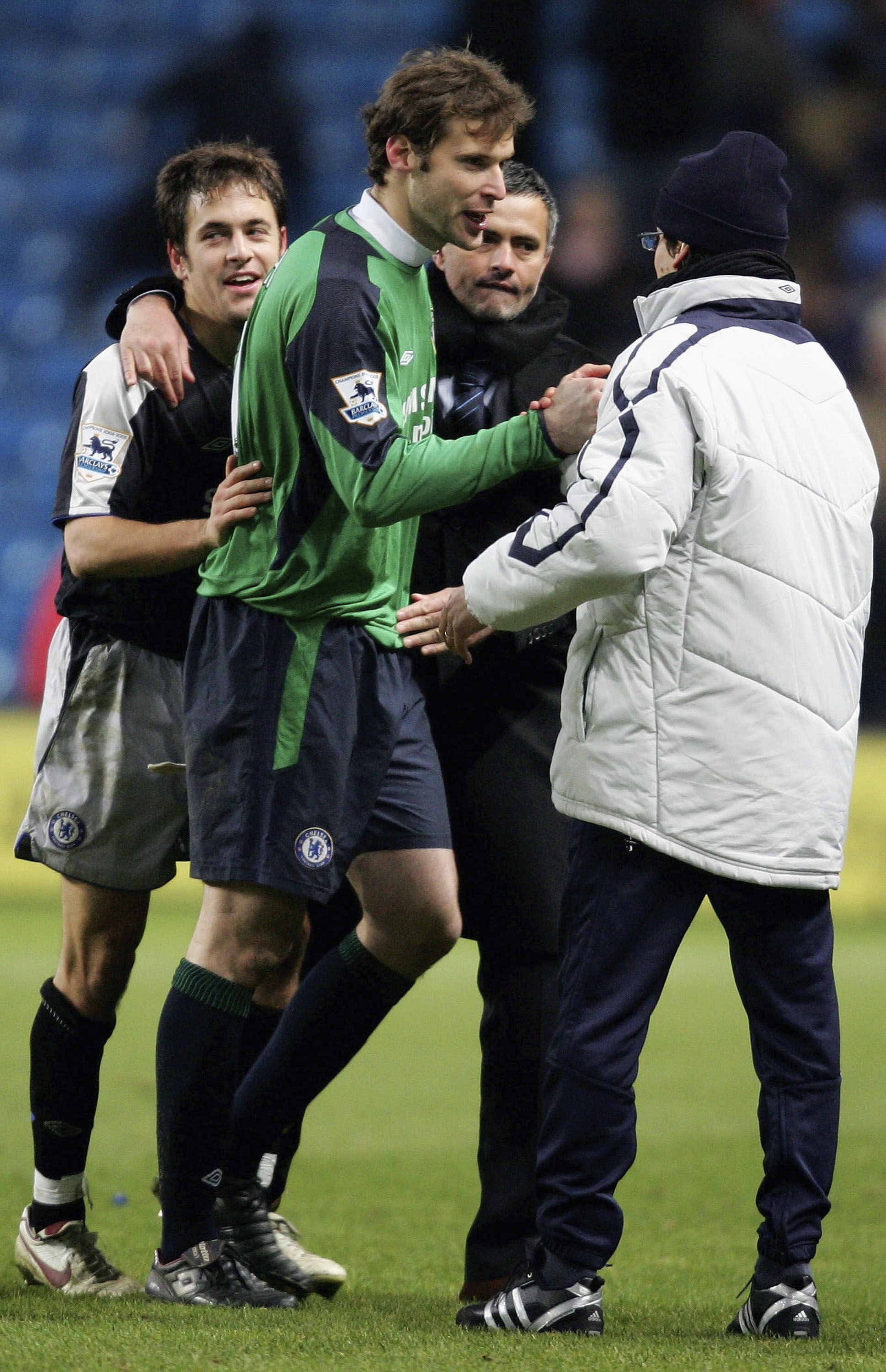 “Wenger had a habit of constantly referring to Chelsea’s spending in the transfer market which I suppose stemmed from his frustration at being poor in comparison,” Frank Lampard wrote in his autobiography.

END_OF_DOCUMENT_TOKEN_TO_BE_REPLACED

Wenger did not mind being poor in comparison, in fact he saw the pursuit of money in football as something distasteful. He once told an agent that the differences between the two of them was that if there was no money in football, Wenger would still be in the game whereas the agent would be nowhere to be seen.

Abramovich was different in one sense. Whatever he wanted from Chelsea, it wasn't financial. He would invest money and he would spend it wherever he wanted.

A couple of weeks after the FA Cup final in 2005, Chelsea were fined £300,000 and given a suspended three-point deduction after a meeting had taken place earlier in the year between Ashley Cole, Mourinho, Peter Kenyon, then CEO of the club and a couple of agents without the knowledge of Cole’s club, Arsenal.

Cole joined Chelsea in 2006 but, by then, Wenger had developed an acrimonious relationship with Mourinho.

END_OF_DOCUMENT_TOKEN_TO_BE_REPLACED

But Wenger’s problems went beyond the manager, even if Mourinho was a toxic frontman. In 2005, at a time when Mourinho was being referred to as an enemy of football, Wenger was asked if it would be helpful if Abramovich put forward Chelsea’s position. 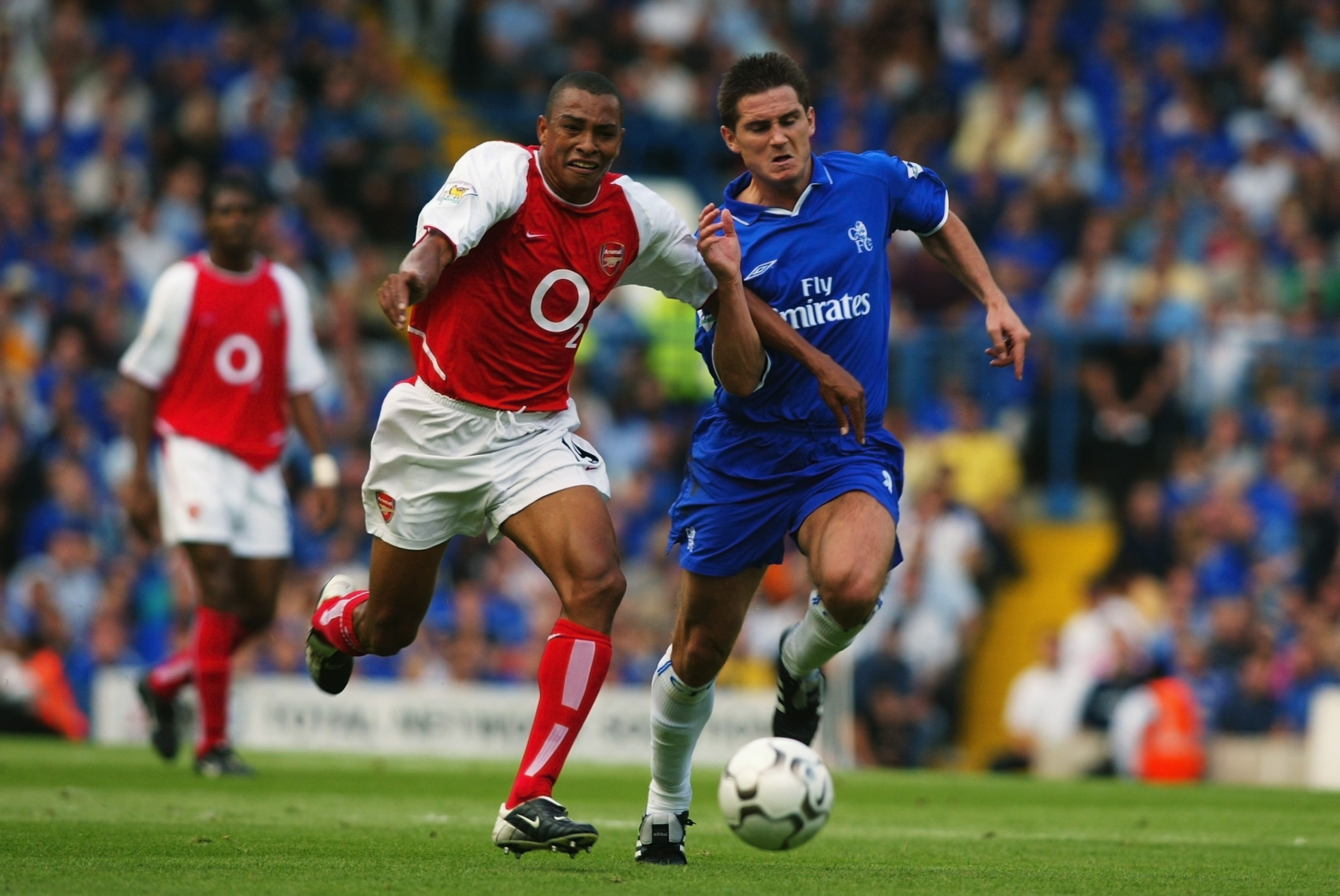 "I think it would be helpful. He sets the tone at that club. Of course, he is very powerful and they have the advantage of having rules which only they have,” he said.

"That's why I think that the way he wants to lead the club is important for English football and the Premier League. I don't want to take anything away from what Chelsea have achieved on the pitch as the players and the staff have done a tremendous job. They've been very efficient and hungry. But every club has its values and I would like to hear a voice at Chelsea come out and say what they really want to be in England and how they want to behave. I feel we are missing that voice but it's important for English football as they will be leading club in the coming years.”

Wenger gave the impression that he felt Mourinho needed guidance. "I've made mistakes and Ferguson has made mistakes as we're all under pressure in the heat of the game. But voices come out from our clubs afterwards, showing our values and how we want to behave. I feel that has not come out from Chelsea.”

Wenger, slightly smugly, saw Arsenal differently.  “The way we operate is to create values at the club,” he told Arsenal’s AGM in 2005,  “and they can be shared wherever somebody comes from. Arsenal is special because Arsenal is about values.”

By the following season, any idea Wenger had that Chelsea could impose values he would agree with on Mourinho seemed lost.

"I think he is one of these people who is a voyeur," Mourinho said in 2005 as he responded to Wenger's comments about the club with words that would enrage Arsenal's manager. "He likes to watch other people. There are some guys who, when they are at home, they have a big telescope to see what happens in other families. He speaks and speaks and speaks about Chelsea.”

If Mourinho had started as an irritant, the frontman who represented a club doing things in a way Wenger never would, now he was a toxic foe. Mourinho subsequently apologised for those remarks. 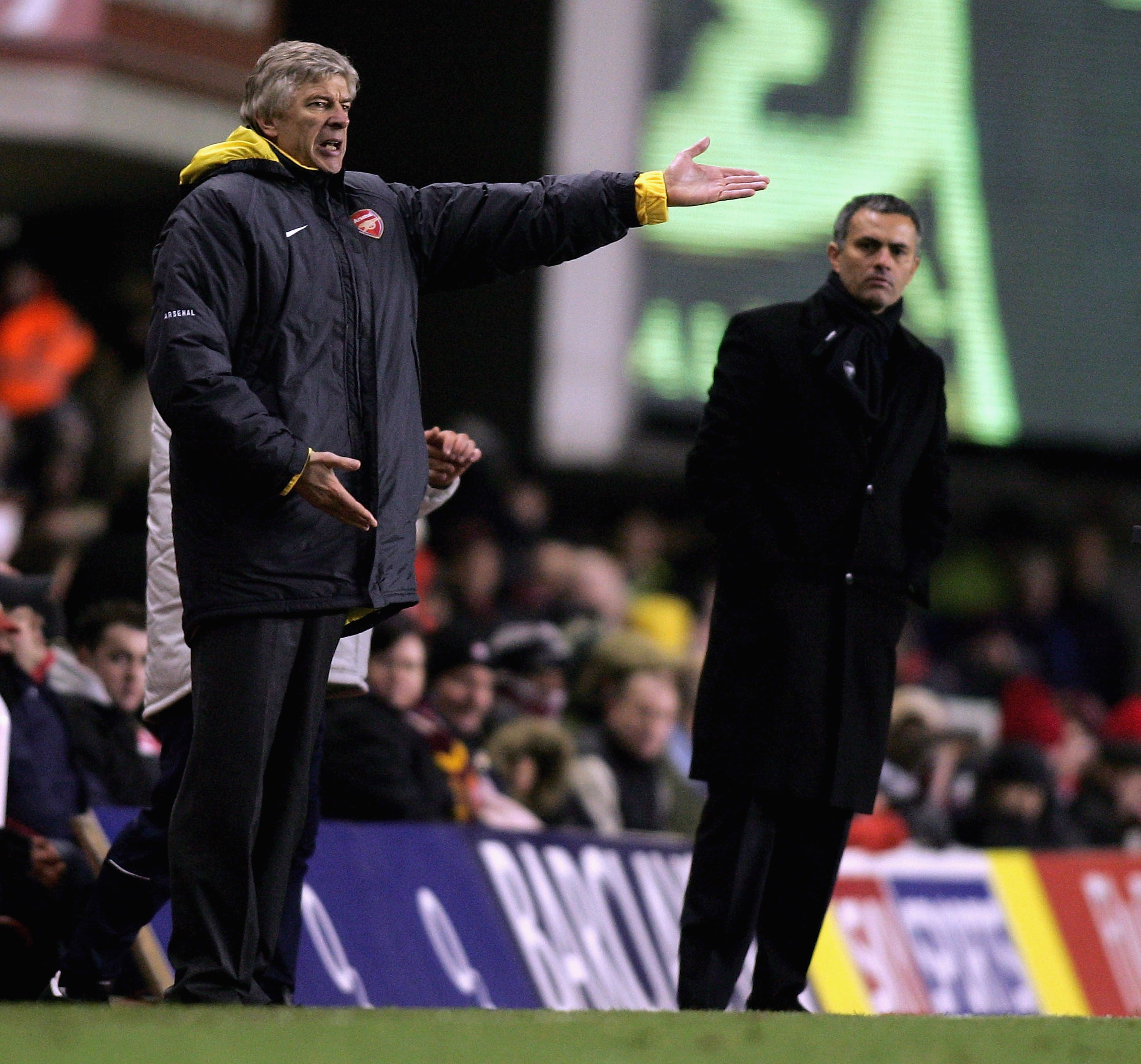 But there was a bottom line. For Wenger and Arsenal, the arrival of Abramovich and then Mourinho at Chelsea coincided with the ending of one era and the beginning of another. If Arsenal felt they could build a £400 million stadium and remain competitive, they were unable to do so when Chelsea started spending.

Last year, the Arsenal shareholder Alisher Usmanov said the move to the Emirates had cost Wenger important years in his career.

"Arsene had a very, very difficult position when club shareholders didn't want to put their money into constructing the new stadium," Usmanov told CNN in 2015. “And because of this, he lost his five years, maybe best of his career without trophy. In reality, 10 years.”

In those years, something was lost. Chelsea rose and Manchester City followed, taking players from Wenger, offering something he couldn't any longer.

When Robin Van Persie joined Manchester United, according to Rio Ferdinand, he highlighted the difference between his old club and Arsenal. Arsenal, he said, wanted to win things, but at Manchester United they needed to win. 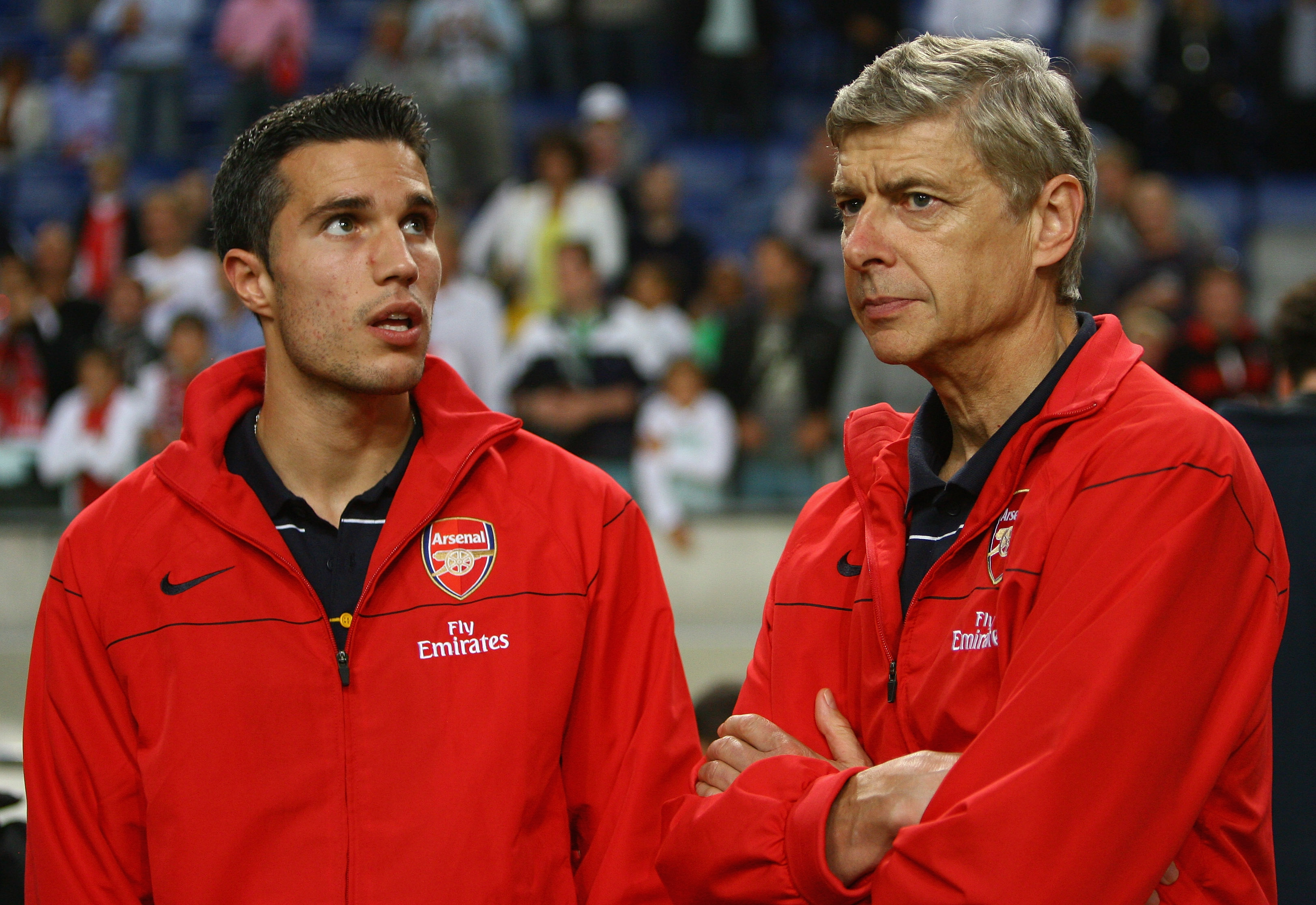 Arsenal and Chelsea were two clubs going in different directions and, even if Wenger wanted to believe right was on his side, only one club was going to challenge for trophies.

Even in those years between Mourinho's exit in 2007 and his return, when Wenger won at Stamford Bridge, Chelsea would do something like win the European Cup. 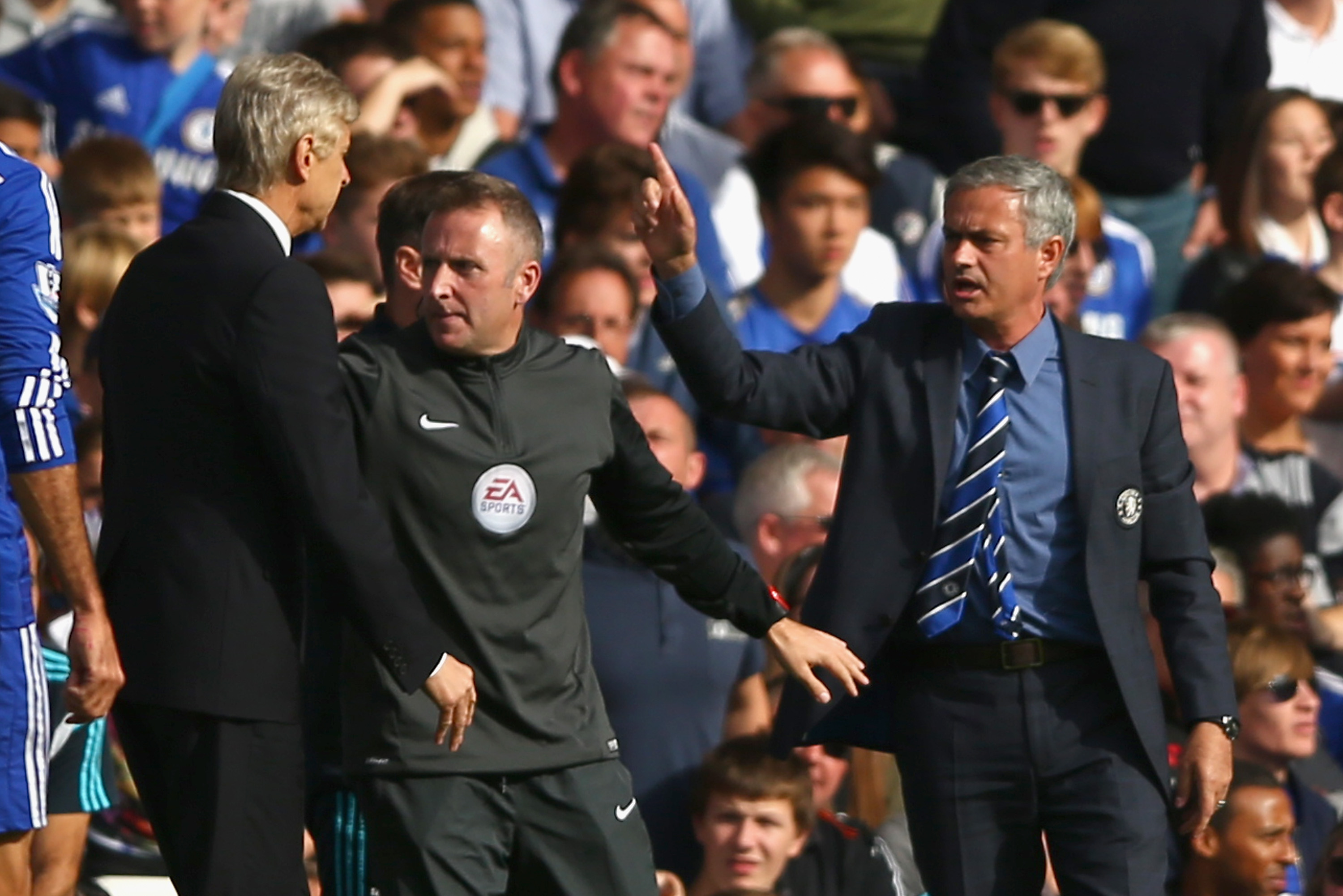 Wenger may have instilled a remarkable consistency at Arsenal as they qualified for the knockout stages every year, but against Mourinho they would always find a way to lose. Mourinho described Wenger as a specialist in failure, but Wenger had made sacrifices to build the club, even if one of those sacrifices was a dulling of the competitive instinct.

This season, it might be different. Wenger can take some comfort from the fact that this is not Arsenal versus Chelsea, but the other reality is grim as well. Arsenal last won a Premier League game at Old Trafford in 2006, a match which belongs to another era.

Everywhere Wenger looks there are reminders of defeats and strife, of times when they failed and those he set himself in opposition to succeeded. But, increasingly, Mourinho looks like he belongs to another era as well. On Saturday, Wenger and Arsenal may not have a better chance to demonstrate that the rivalry, even at this stage and at a new venue, can be redefined.