The club haven't kicked on from their comeback win.

When Manchester United shocked Paris Saint-Germain in the second leg of their Champions League second round tie on March 6, it was rightly seen as a watershed moment for the team.

Under interim manager Ole Gunnar Solskjaer the club had laid waste to most of their domestic opponents, but had been outclassed by Thomas Tuchel's side in the first leg in Manchester.

To defeat PSG in their own back yard was the sort of result that made people sit up and really take notice.

Since then, though, United have lost back-to-back matches, suffering their first league defeat under Solskjaer and elimination from the FA Cup by Wolves. 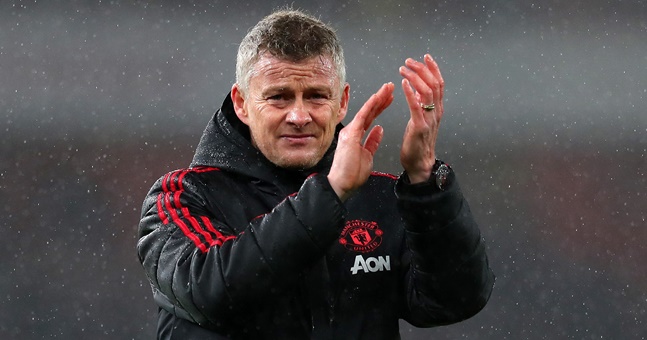 Some pundits and supporters have theorised that perhaps the emotional weight of that shock win in Paris has taken its toll on the Norwegian's squad.

END_OF_DOCUMENT_TOKEN_TO_BE_REPLACED

This isn't uncommon in football, but it is, according to former United defender Rio Ferdinand, a clear indication of the differences between the current team and the sides that achieved so much success under Sir Alex Ferguson.

Speaking to JOE about the release of 90 Minutes, a film Ferdinand executive produced and in which he makes a brief cameo, the 40-year-old insisted that the United teams he played in would have used the PSG victory as a launch pad.

"That's the difference," said Ferdinand. "Top teams don't come down off that. They just keep going and going. You ride the crest of that wave and you're just like 'that's gone, see you later'.

"The difference as well is that the expectancy levels were so low (in Paris).

"They had 10 players out. It was such a huge task to overcome, so you can understand that's it overwhelming. I understand it, but that's about experience.

"Ole and his team need to learn from that. There's not highs too big or lows too big; they've got to find a balance.

"A big part of Manchester United in my era and a bit before that was that you don't lost two on the bounce. You lose one, but not two. You quickly eradicate that loss, but they haven't been able to do that."


popular
James Haskell on text exchange with Peter O'Mahony after Ireland's victory over Scotland
The SportsJOE 12 o'clock quiz | Day 103
Fines and suspensions in Tipperary after stewards enquiry
Can you name the first clubs these players went to after leaving Celtic?
"The academy boys have turned into small monsters over the past few weeks" - Peter O'Mahony
SportsJOE 2000s Football Quiz | Round 8
"I have more work done than any player in Ireland" - The Trevor Giles tribute show
You may also like
1 week ago
Uncomfortable truth about Roy Keane swipes at De Gea and Maguire
3 weeks ago
'I never liked Eric Cantona... but he was my favourite player' - Neil Ruddock
3 weeks ago
10 Liverpool players Manchester United fans loved to hate
3 months ago
The Ultimate Manchester United Treble-Winning Quiz
4 months ago
"The day Dean Henderson comes back, he's obviously fighting to play"
4 months ago
"I would have lynched him after that" - Roy Keane
Next Page