"Ronaldo would usually have about 178 goals by now!"

Cristiano Ronaldo joined Juventus from Real Madrid in a deal worth €100m just after the World Cup, bringing an end to his nine-year spell with the Spanish giants. During his time with Madrid, Ronaldo scored 450 goals in 438 games and helped them win the Champions League four times.

He may be 34 in February, but Juventus are banking on him being the key differential as they seek to win their first European Cup since 1996. Unlike Richard Keys, the Italian champions are unlikely to be concerned that Ronaldo has failed to score for the club so far. 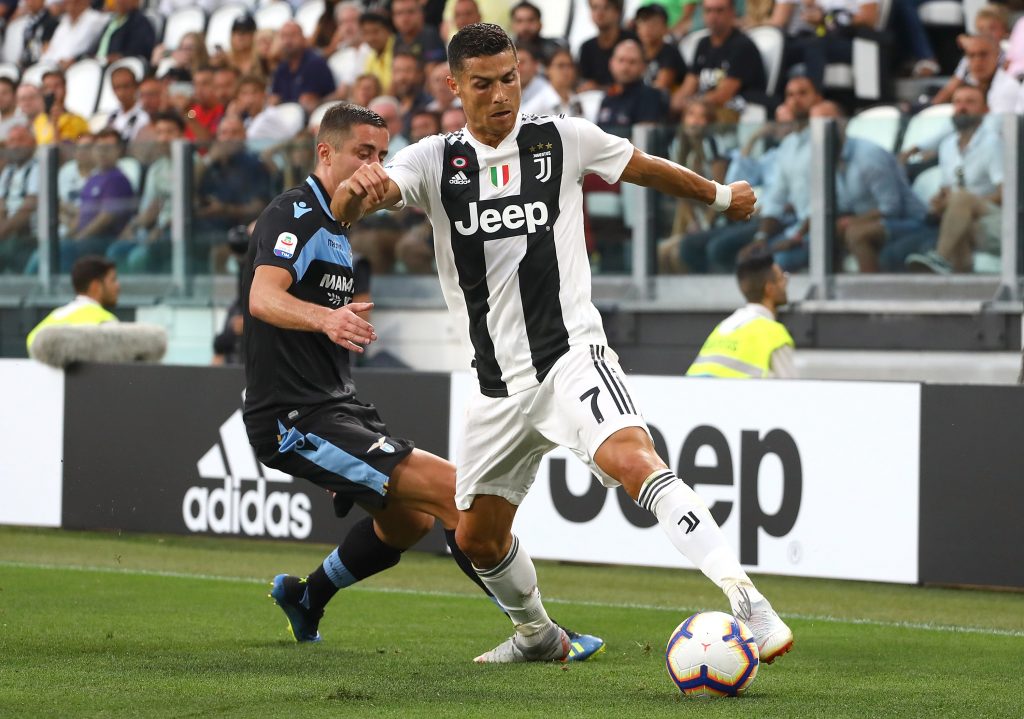 The former Manchester United forward fired a blank in his first two games for Juventus. He couldn't find the net against Lazio on Saturday in Juve's 2-0 win and failed to score in the 3-2 win away to Chievo last weekend.

According to Keys, Ronaldo would usually have scored "about 178 goals" by this stage of the season.

The former Sky Sports presenter appeared to suggest that Ronaldo's lack of goals in Italy conveys that it is easier to score in La Liga.

Ronaldo would usually have about 178 goals by now!! It’s 0/2 in Italy - what does that tell us about La Liga?

However, unfortunately for Keys, the fact Ronaldo has failed to score in Italy so far this season doesn't mean a lot in the wider context. He has scored 638 goals for club and country in his career. He will score goals for Juventus and score a lot of them, particularly in big games near the end of the season.

END_OF_DOCUMENT_TOKEN_TO_BE_REPLACED

There also isn't a lot to be read into the respective merits of La Liga or Serie A by Ronaldo's lack of goals so far. As pointed out by several people, the forward didn't score a goal in his first three games of the La Liga season last year and got just one goal in his first eight games. 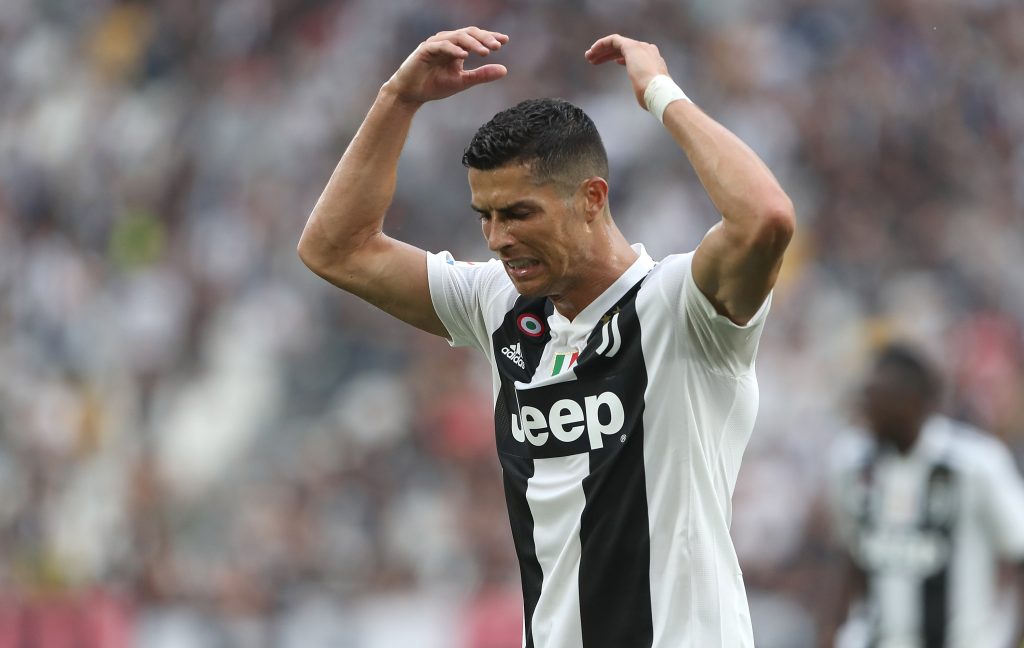 He went on to score 26 goals in 27 league games, and 44 goals in 44 appearances, as Madrid won the Champions League.

Last year he scored one goal with his first 55 attempts in La Liga. He was taking the most shots/90’ in the Top5 leagues and 73% of his attempts were from inside the box.

Your tweet says nothing about La Liga or Ronaldo, but says a lot about you.

Nothing. It tells us nothing at all.

It tells us you clearly dont watch it

It appears that it takes time for Ronaldo to hit top form in a league season, not that he was playing against significantly weaker defences in Spain last year.

Keys is the Cristiano Ronaldo of getting things wrong on Twitter. The beIN Sports presenter has a habit of making poor calls.

Firmino in blue boots? I’ve mentioned this before. Never in years gone by. You wouldn’t find an Evertonian with red boots on.

Like when he tipped Everton to finish above Liverpool last season. 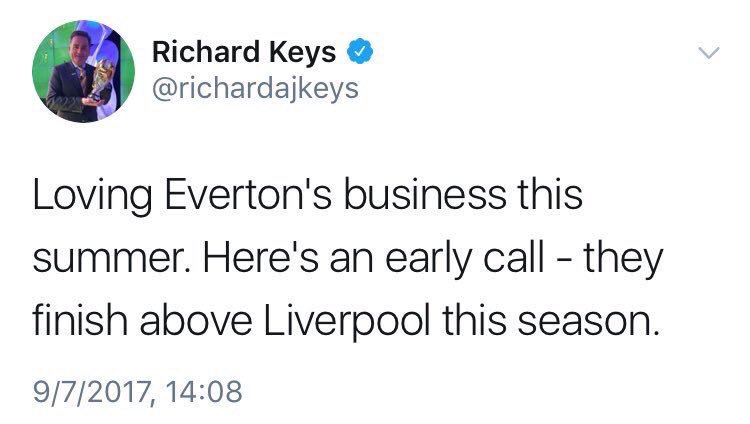 Or when he questioned why Wayne Rooney had been dropped by Manchester United.

I'm shocked. OK @WayneRooney has been a little out of sorts but surely he's got more credit in the bank than to be treated this way?

Or when he contradicted a human rights researcher on conditions in Qatar for migrant workers.

@NcGeehan I'm sorry. Only one of us is doing that. I live here. I work here. It's not perfect but a lot of positive work is being done