Revealed: The real price of Neymar's transfer to Barcelona

Neymar's transfer fee was less than that Manchester United paid for Phil Jones.

We'll give you a second or two to process that.

Neymar joined the Catalan club from Santos in 2013, with the fee at the time believed to be €57.3m. However, according to Susana Monje, the actual transfer fee was significantly lower.

Barcelona's vice-president has revealed that the club only paid €19.3m for one of the world's best players, (Blackburn Rovers received €19.5m for Jones in 2011). 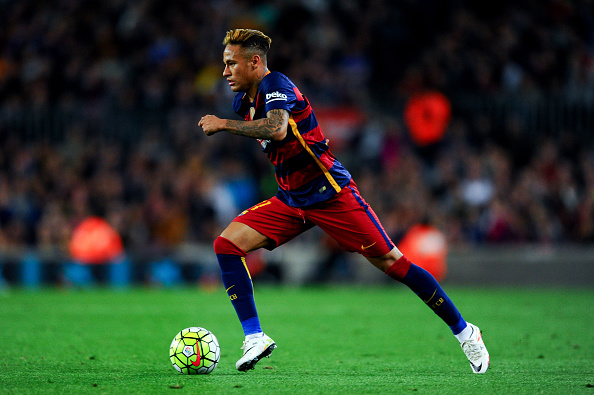 "The cost of the signing is analysed from what accountants and auditors say," Monje said.

“Originally, the cost was €57.3m euros with a €2m add-on for the Ballon d'Or. After the agreement with the courts, we have to take €40m of the transfer fee and put that down as salary.

"The cost of the transfer, therefore, is €19.3m. Then €24m salary per season. I would like to congratulate those who conceived the operation and the player for deciding to sign for Barca.

"Taking into account the player Neymar is, the deal is clearly below market value."

The club are paying the Brazilian forward an astronomical wage, but undoubtedly got a bargain by paying so little for one of the world's best players.


popular
Jake Paul set upon by Floyd Mayweather and security staff after confrontation
The Garry Ringrose narrative around the Lions Tour is complete bull
South African media shocked by Lions omissions of Sexton and Ryan
"Sadly at this point in time, it's Johnny" - Why Sexton missed Lions spot
'Jesus Christ! How am I going to put up with this lad for nine weeks?!'
You'd swear the world was ending as Spanish tv host goes after Eden Hazard
Major shocks as Warren Gatland announces 2021 Lions squad
You may also like
2 months ago
Gerard Pique and Antoine Griezmann involved in heated exchange during PSG defeat
3 months ago
Teammates XI Quiz: Barcelona - 2011 Champions League Final
4 months ago
Barcelona can avoid Liverpool payment if they sell Philippe Coutinho in January
6 months ago
Lionel Messi told "you know where the door is" after questioning manager
6 months ago
The hardest Lionel Messi quiz you will ever take
7 months ago
Messi takes to Instagram with swipe at Barcelona board and farewell to Suarez
Next Page