Those were the days.

We're sure that Manchester City supporters wouldn't swap the current era of unprecedented success in the club's history, courtesy of Sheikh Mansour takeover in 2008, for the world. But even amidst this glorious period, nostalgia still pangs. 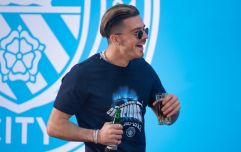 END_OF_DOCUMENT_TOKEN_TO_BE_REPLACED

There's nothing wrong with enjoying the present whilst at the same time looking fondly at the past, and Blues everywhere can relish both with a mint new shirt that will be available from next season onwards. Indeed, the players will adorn the retro-cool outfit before each game in their warm-up.

We all know that this very modern and minimalist design will be the new home kit for season 2017/18, and very smart it is too... 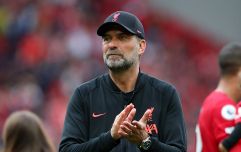 END_OF_DOCUMENT_TOKEN_TO_BE_REPLACED

But City fans of a certain age - or even younger fans with a fondness for vintage gear - might be better advised to save their coins and purchase this retrotastic pre-game training shirt instead. The busy design and gradient shades of turquoise recall the Umbro classics of the late eighties/early nineties.

Of course this garment is made by Nike, and so any resemblance is purely coincidental. But it certainly wouldn't have looked out of place in the Kippax or at the local Wimpy back in the day...