Rangnick's at the wheel

Ralf Rangnick has said he could recommend to Manchester United that he stays on as their manager beyond the end of the season.

The German has been appointed as Ole Gunnar Solskjaer's successor on an interim basis for six months and will remain at Old Trafford in an advisory capacity for a further two years. 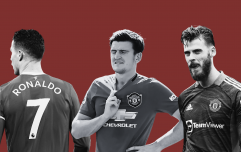 END_OF_DOCUMENT_TOKEN_TO_BE_REPLACED

Facing the media for the first time as United boss on Friday morning, after his work permit was approved the previous day, Rangnick admitted he could prolong his stay as manager beyond the end of the season.

"The people with whom I've spoken with, they have been very clear that it is a six-month role," he told reporters.

"We have never spoken about what will happen in the summer. If they will speak about me with that, we will see.

"If they ask me about my opinion, I might make the same recommendation that I did at RB Leipzig twice, that it might be better to work with me for one year."

United were strongly linked with Paris Saint-Germain manager Mauricio Pochettino in the wake of Solskjaer's dismissal. He remains one of the favourite to become the club's next permanent manager, with Ajax's Erik Ten Hag also thought to be admired by United's board. 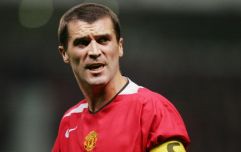 END_OF_DOCUMENT_TOKEN_TO_BE_REPLACED

Rangnick was at Old Trafford on Thursday night, watching United overcome Arsenal from a position in the Sir Bobby Charlton Stand.

Michael Carrick, who has filled in as caretaker manager since Solskjaer's departure, announced he would be leaving the club immediately after the game. Carrick moved into United's coaching team under Jose Mourinho after retiring from playing. He was one of Solskjaer's assistants throughout his three-year stint as manager.