Life comes at you fast. For Everton fans, of late, it has been absolutely flying.

Rafa Benitez could be set for an interesting and somewhat spiky return to Merseyside.

As the 2020/21 Premier League season wrapped up, Everton supporters were lamenting a flagging finish that saw them miss out on Champions and Europa League football.

END_OF_DOCUMENT_TOKEN_TO_BE_REPLACED

Under Carlo Ancelotti, the Toffees had started the season brightly but a lack of strength-in-depth across the squad cost them dearly when key players were injured. They ended up finishing 10th but were only six points shy of sixth after only winning two of their last five games.

Another summer of canny transfer dealings, many thought, and Everton could mount a serious challenge for the Champions League spots. And then... Real Madrid came calling. 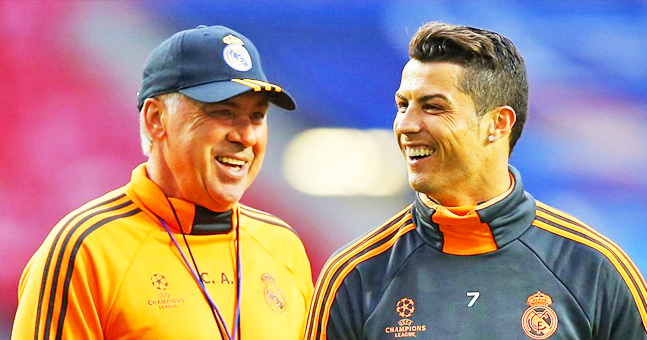 Los Blancos fluttered their eyelids at Ancelotti and convinced the Italian to come back for another spell in one of the hottest seats in world football. Everton were left hunting for a new manager and there were even reports that 'Big' Duncan Ferguson could be off to Madrid to straighten out some of the Real lads as Ancelotti's assistant.

END_OF_DOCUMENT_TOKEN_TO_BE_REPLACED

Ferguson is staying on at Goodison Park, it seems, but Everton are seeking a manager with more top flight experience to build on their generally positive 2020/21 campaign.

Nuno Espirito Santo was said to have interviewed for the job and Rangers boss Steven Gerrard was on the club's initial shortlist. First mentioned on the day the Ancelotti bombshell dropped, it now seems former Liverpool boss Rafa Benitez is the frontrunner.

The Spaniard was manager at Liverpool for six seasons and, more recently, also coached Newcastle United in the Premier League. His last managerial role was with Dailan Professional in the Chinese Super League, but he is currently between clubs.

It has been reported by talkSport that the 61-year-old is 'on the brink of becoming the new manager of Everton'.

END_OF_DOCUMENT_TOKEN_TO_BE_REPLACED

It will be interesting to see what Toffees supporters make of the appointment, should it go through. Benitez is fondly regarded from the red half of Merseyside, and led Liverpool to a European Cup win in 2005.

On the plus side, Benitez has won two league titles, three European titles and three domestic cups during his managerial career.


popular
The four stone-cold certainties for All-Stars even as early as this
"He's actually smiling putting the ball over the bar. He should nearly be fainting." - Ryall on Limerick's legacy
Eamon McGee just couldn't help himself with Armagh-melee tweet
Gavin Coombes one of four Irish players to push themselves into Test picture
"The economy was one of the big reasons" - Cadogan's move from an electrician to personal training
Full Ireland player ratings after Maori All Blacks teach us an early lesson
Kylian Mbappe reportedly wants PSG to sell Neymar
You may also like
1 week ago
Josip Juranovic may depart Celtic as Premier League clubs chase transfer
1 week ago
Rio Ferdinand on the four Man United players who could be sold this transfer window
1 week ago
Glenn Whelan highlights Rory Delap's importance under 'Pulis-ball' at Stoke City
1 week ago
Burnley name their price for Nathan Collins with two Premier League clubs interested
1 week ago
Chelsea ready to 'make move' for Raheem Sterling
1 week ago
Investigation launched into Granit Xhaka booking after huge bet placed
Next Page