Pundits criticised by scientists for linking player collapses to vaccines

Scientists have strongly criticised suggestions that the recent collapses of three footballers were in some way linked to the Covid vaccine.

On Thursday, Wigan Athletic's Charlie Wyke was taken to hospital after he collapsed during a training session. Earlier in the week, Sheffield United's John Fleck had been stretchered off during his side's game with Reading, while Adama Traore of Sheriff Tiraspol fell to the floor clutching his chest in the Champions League game with Real Madrid on Wednesday. 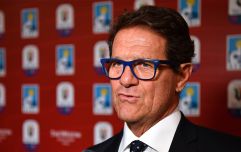 Unvaccinated players should have their salaries cut, says Fabio Capello

END_OF_DOCUMENT_TOKEN_TO_BE_REPLACED

Speaking after Fleck's collapse, football pundit Trevor Sinclair hinted there could be a link to the Covid vaccine while live on TalkSPORT.

"I think everyone wants to know if he has had the Covid vaccine," he said, before the broadcaster cut him off.

The former England international later questioned whether the incidents were linked to vaccines on Twitter, with ex-Southampton player Matt Le Tissier raising similar concerns on his own account.

Everyone I speak to about these heart problems suffered by footballers (which worryingly seem to be happening more regularly) are they linked to covid vaccines or not?? 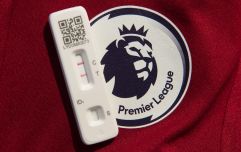 END_OF_DOCUMENT_TOKEN_TO_BE_REPLACED

Several scientists, who definitely know more about this sort of thing than retired footballers, have firmly rejected such claims, stressing that there is absolutely no evidence to back them up.

Professor Keith Neal of the University of Nottingham, a specialist in the research of the epidemiology of infectious diseases, was one of several scientists to speak to The Telegraph.

"Given the track record of certain footballers in the field of anti-vaccine beliefs, it is totally irresponsible to make these unsubstantiated comments, as opposed to getting them properly dealt with," he said. 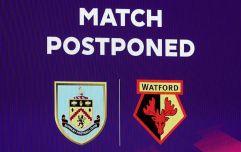 END_OF_DOCUMENT_TOKEN_TO_BE_REPLACED

"It may be tempting to blame Covid vaccines but pundits do have a public responsibility not to fuel vaccine hesitancy without any real evidence that this is a common factor in widely separated events," Professor Robert Dingwall, public health specialist at Nottingham Trent’s School of Social Sciences, also told the Telegraph.

Fleck has now been released from hospital. Details are yet to emerge of Traore's condition after he was helped from the field on Wednesday. It has since been confirmed that Wyke has yet to have a Covid vaccine, categorically ruling out any links to his collapse.

Inter Milan were forced to confirm Christian Eriksen had not been vaccinated at the time of his collapse while playing for Denmark at Euro 2020 after misinformation was spread across social media.