PSG manager Thomas Tuchel has said that Neymar should not be getting into fights with fans after the Brazilian clashed with a spectator following PSG's French Cup final loss to Rennes on Saturday.

PSG lost to Rennes on penalties after a 2-2 draw and when the side were going to collect their runners-up medals, Neymar became embroiled in an argument with a fan.

“Did I act badly?” Neymar asked in an Instagram comment. “Yes. But no one can stay indifferent.” 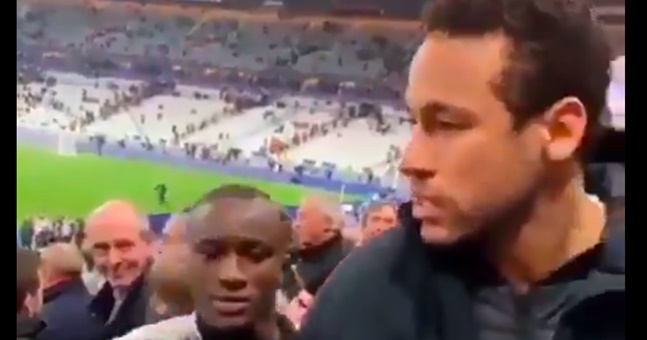 Tuchel condemned the incident and said that you can't get into a fight with a spectator.

Neymar lashed out on Saturday after his side threw away a two-goal lead to draw 2-2 with Rennes before losing the penalty shootout 6-5 after extra time.

“It’s not easy to go up the steps after a defeat. It’s very difficult for me, for everybody, but we have to accept it,” Tuchel added.

“If we lose, we have to show respect. You can’t get into a fight with a spectator.”

220M€ + 35M€/Year to get injured during critical Champions league games, lose an easy French Cup Final, fight and create tension with team mates and finally punch a fan in the face...#Neymar.
https://t.co/BtXfn0671F

The outburst follows a three-game European ban where Neymar was charged by UEFA for insulting/molesting acts against a match official following PSG's exit from the Champions League earlier this month.

The Parisians crashed out from the Champions League knockout stages for another season after a late Manchester United penalty sent the Red Devils through on away goals despite chasing a two goal lead from the first leg at Old Trafford.

A statement issued by Uefa read: “Disciplinary proceedings have been opened following the Uefa Champions League Round of 16 second leg match between Paris Saint-Germain and Manchester United FC (1-3), played on 6 March in France:

“The case will be dealt with by the UEFA Control, Ethics and Disciplinary Body with the date of the hearing yet to be confirmed.”

Neymar said in a social media tirade after the game:

"It's a shame!" And they continue to choose four guys who know nothing about football to see the action in slow motion ... it just does not exist !!! How can we whistle a hand while he's back ... Ahh ... will you f ***."


popular
Solskjaer gamble on Harry Maguire backfires in most horrendous way
WATCH: Munster fans in Paris pay tribute to Anthony Foley with spine-tingling Fields of Athenry rendition
José Mourinho swaps Conor McGregor a Roma jersey for some whiskey
"I'll go back running the roads now and make sure my body doesn't get lazy"
GAA at its best as Bellaghy players run into team-mate who buried his father that morning
Alex Ferguson wrote Mickey Harte a letter - ex Tyrone boss reveals in new memoir
"It doesn't look great" - Ulster victory marred by freak Will Addison injury
You may also like
1 month ago
Michael Owen claims PSG are a weaker team because of Lionel Messi
2 months ago
Neymar responds to potential Messi reunion at PSG
6 months ago
Neymar continues red card fight down tunnel as PSG knocked off perch
8 months ago
Neymar hits back at Borussia Dortmund for taunting PSG after defeat
1 year ago
Carnage in Le Classique as Neymar accuses Alvaro Gonzalez of racism
2 years ago
Man United rejecting Neymar for Pogba swap the best business they've done all summer
Next Page