This would be a huge step-up for the Ireland underage star.

In Dara O'Shea, West Brom have a promising defensive prospect. The Dubliner was signed up by The Baggies a few seasons back and was loaned out to the lower divisions to get some first-team experience.

After a decent spell with Hereford Town, scoring five goals and looking solid at the back, he was loaned to Exeter City for 2018/19.

He has been a regular in City's team as they battle for promotion to League One. Exeter are currently seventh with a game to play.

Matt Taylor, his boss at City, has predicted O'Shea 'could go all the way'. That way, one assumes, is the Premier League.

West Brom may be tempted to get O'Shea, who is capped at U19 and U21 level for Ireland, back into their squad for next season, but they may be tempted by rival bids from Premier League sides. 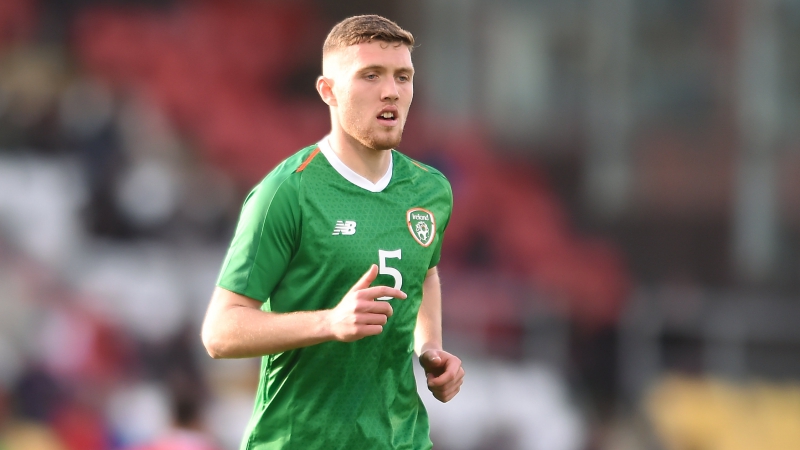 Dara O'Shea pictured during the UEFA European U21 Championship Qualifier between Ireland and Luxembourg in Tallaght Stadium. (Photo by Ben McShane/Sportsfile)

The Daily Mail is reporting that both Crystal Palace and Bournemouth are interested in the 20-year-old and may get him in over the summer. In his article on O'Shea, Joe Bernstein states:

'Bournemouth think they have found another Football League starlet to follow in the footsteps of David Brooks, who [was] nominated for the PFA Young Player of the Year award.... The Cherries have a reputation for developing young talent and Welsh international Brooks has earned rave reviews since signing from Sheffield United last summer.'

West Brom may yet gain promotion to the Premier League via the playoffs, so any major calls on ins and outs will surely wait until the season is over. One way or the other, O'Shea is set for a jump of several divisions.