Player ratings as Ireland record an unbelievable result in Austria

Martin O'Neill takes criticism as surely as the seasons come but, even more surely, he shuts them all up and we all enjoy the sunshine.

Ireland beat Austria 1-0 in Vienna to surge to the top of Group D in the World Cup qualifying stages.

END_OF_DOCUMENT_TOKEN_TO_BE_REPLACED

After a shaky start, the Republic came out a different team after the break with pure confidence and ready to kill off Austria. It was brave, it was calculated, it was bloody brilliant.

Never has a man walked so casually and glanced so nonchalantly at a dangerous free kick like Alaba's fizzing by his post. That's what Randolph gives you: heart-melting winks, cool gum-chewing, confidence even when he's not confident. A good game.

Never has a man hated opposition of any kind so much. Coleman is one of the most driven, most aggressive, most possessed defenders out there and he clattered around Vienna like a wrecking ball with all the precision of a Wes Hoolahan pass. 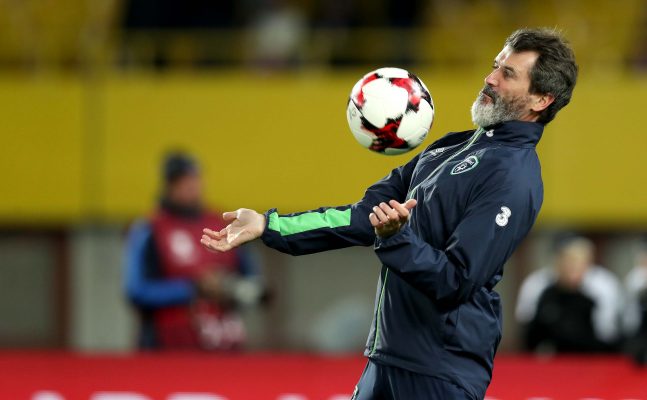 END_OF_DOCUMENT_TOKEN_TO_BE_REPLACED

Questions of him before the game. Answered most of them but toed a line that had everyone at home cowering behind their fingers worried he'd see red.

Questions of him before the game. Answered all of them. Tonight.

Superb ball for Jon Walters in the first half when the striker should've scored and an even better ball in the second when the striker did score but was deemed offside. Bloody well went and got himself ruled out of the Wales game in March though when he deliberately kicked the ball away from Austrian hands.

END_OF_DOCUMENT_TOKEN_TO_BE_REPLACED

The better the player, the stupider the crime. So this was unforgivably silly. We'd obviously still forgive him though.

Strong, tireless, tough. Any ball he really saw, he was wide and isolated but he looked after possession and put in the proverbial shift. 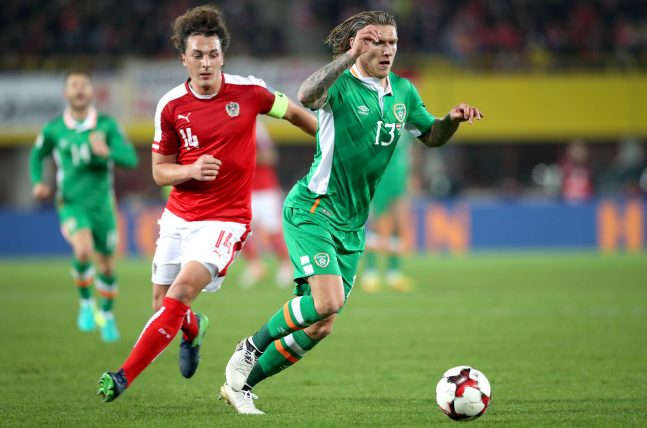 Injured early in the first half and had to come off.

Grew stronger and stronger into the game. Began pretty quiet but the more the occasion grew, so too did Harry Arter, playing in his first competitive game with Ireland. Whilst he's a clever and tidy midfielder, this man has serious bite and it'll take a good player to oust him from that middle three.

17 months and three caps later, everyone accepts that Harry Arter is an Ireland player pic.twitter.com/Ri6VfP6B5L

Ah, where do you start?

Okay, let's start with his lost few balls early on as green jerseys camped in their box and Hoolahan actually tried to hold onto the ball. You could see some critics emerging - away from home and all that...

Wes delivered though. He did so literally when he curled McClean straight in for the only goal of the night. Where as most players would've sprayed it wide and made a break into the box themselves, Hoolahan decides to just put McClean through on goal. Lazy, really.

Heart, energy, honesty, principles. James McClean has it all.

Broke down the left without relent in the second period and his run and finish for the goal was epic. Could yet go down in history.

We didn't use his arse enough throughout the game but he should've scored in the first period. We'd only have thrown it away had we scored that early though.

Took a few minutes to warm up into the game and almost to Ireland's expense too. Steadied himself and steadied the ship though and even started spraying some gorgeous balls forward.

Replaced Hoolahan late on but, you know, Hoolahan is irreplaceable.

Took two players on in injury time and actually kept the ball.


popular
Solskjaer gamble on Harry Maguire backfires in most horrendous way
José Mourinho swaps Conor McGregor a Roma jersey for some whiskey
"I'll go back running the roads now and make sure my body doesn't get lazy"
Alex Ferguson wrote Mickey Harte a letter - ex Tyrone boss reveals in new memoir
GAA at its best as Bellaghy players run into team-mate who buried his father that morning
Jeff Stelling loses it during Soccer Saturday after Brighton was denied a blatant penalty
“How it finished was not the way I would have chosen" - Mickey Harte reveals how his time with Tyrone came to an end
You may also like
5 days ago
Claiming Callum Robinson has 'silenced his critics' with goals misses the point
6 days ago
Chiedozie Ogbene gives a brilliant interview after leaving Nemo Rangers behind to chase soccer dream
6 days ago
Callum Robinson performance shows Ireland what could have been
1 week ago
Adam Idah ready to play, but Ireland hit with late blow ahead of Azerbaijan clash
1 week ago
The Ireland XI that should get a much-needed victory in Azerbaijan
1 week ago
Callum Robinson says he is not vaccinated, despite having COVID twice
Next Page