Gary Lineker wants his country back.

The Englishman is watching with dismay as the United Kingdom descends into chaos.

Brexit negotiations are promising nothing but bleakness for the greater British community and they're being met with nothing but resistance and resignations as Theresa May stumbles from one press conference to another trying to clean up the mess that was left behind for her but a mess which, to be fair, she ripped out the floorboards in attempt to mop up.

Can we have our country back....please?

Of course, there's just a little bit of irony in Lineker's desires.

On Thursday night, the Republic of Ireland played Northern Ireland in the most predictably dull 0-0 draw but the political tension in the air was what set an otherwise forgettable night apart.

Whilst Arlene Foster finds unforgivable fault in a Brexit deal that sees Northern Ireland come off the best out of everyone, the idea of a United Ireland which was actually - briefly - looking more and more likely seems further and further away because of the DUP and because of sections of football fans on both sides. 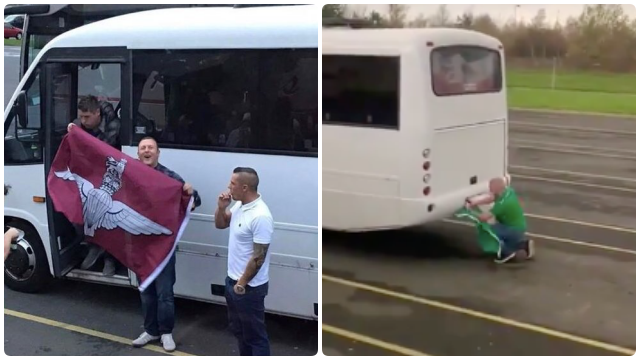 Well, there wasn't much football to talk about. Another night, another goalless Ireland performan...

But Gary Lineker's pining for his country to regain control - and, most importantly, his wording - was jumped all over by Irish men and women on Thursday with a lot of sports people chiming in too.

You want your country back, Gary?

When did you become an Irish citizen Gaz?

And the streams of replies continued to come.

Well Gary how about Britain gives back the 6 Counties of Northern #Ireland first eh? #Brexit 🇮🇪

Until Philly McMahon just said it best with a noise, rather than a word.

BRITS: What must the rest of the world think of us right now?!

REST OF THE WORLD: We have hated you literally forever, and today is the same.