There's no fear of Philippe Coutinho.

Aston Villa's pursuit of turning Philippe Coutinho's loan move into a permanent one could be in doubt due to the Brazilian's astronomical wage demands.

Coutinho joined Villa on loan from Barcelona until the end of the season - with the Catalan giants keen to get him off the wage bill due to their financial struggles.

END_OF_DOCUMENT_TOKEN_TO_BE_REPLACED

The midfielder has started off well since returning to the Premier League, scoring three times and assisting three in seven games for Steven Gerrard's side.

Villa have a £33.4m optional fee they can activate at the end of the season, however Coutinho will be required to take a significant pay cut if he wants to stay in the West Midlands long term.

According to The Telegraph, 29-year-old earns in the region of £480,000 a week, with Villa currently only paying around 25 per cent of that as part of his loan. 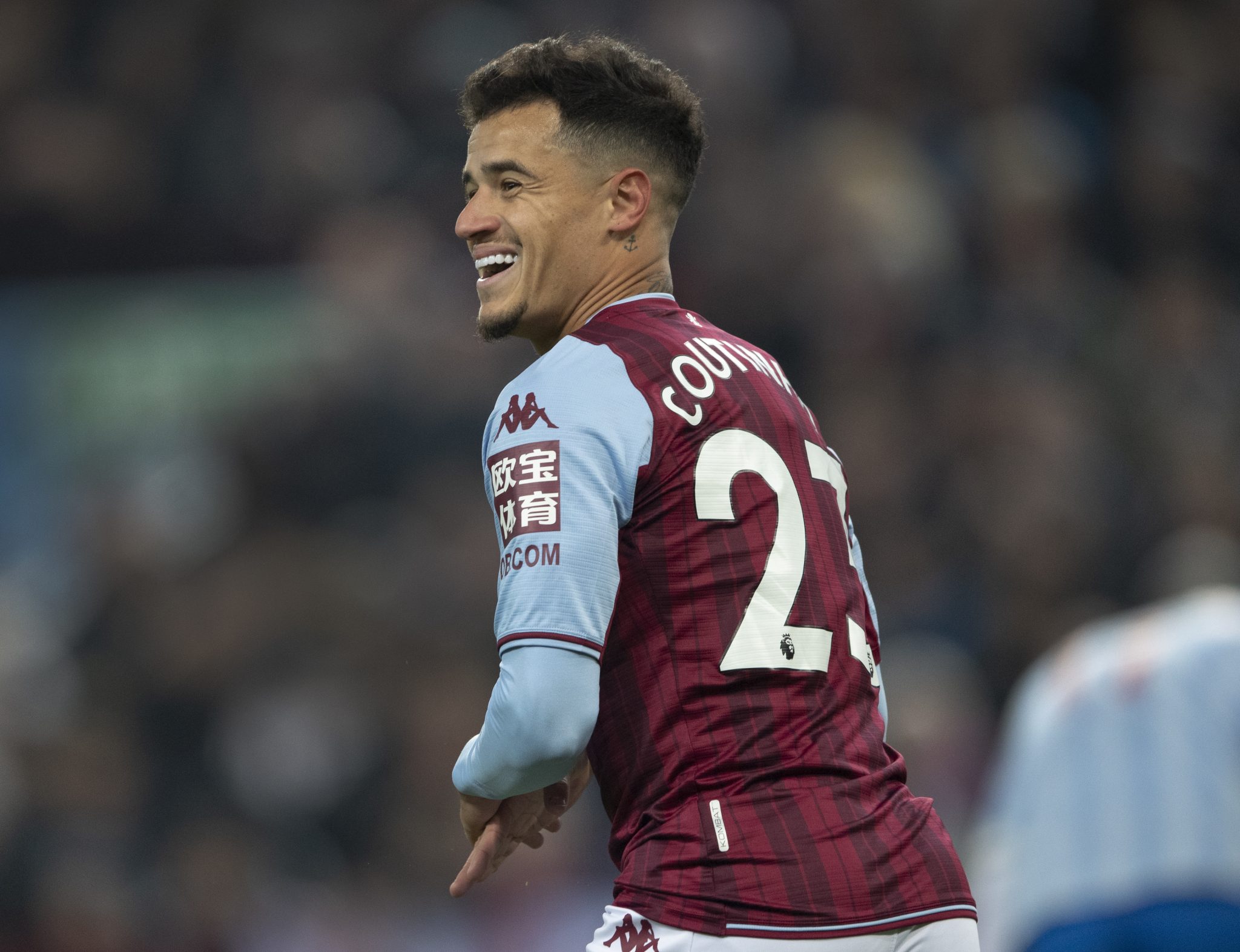 END_OF_DOCUMENT_TOKEN_TO_BE_REPLACED

Members of the Villa hierarchy are happy to pay the transfer fee but know that they will have to convince the Brazilian to commit to a smaller pay packet.

One alternative that has been discussed is the option of extending the loan for another season before trying to sign the former Liverpool man on a free transfer.

Barça, however, would also have to agree to paying a large percentage of his salary if Coutinho was to extend his loan spell by a further year, before losing their record signing for free. It seems unlikely they would be keen to sign up for such a deal, but may not have a choice.

Coutinho's contract expires at Barcelona in the summer of 2023 and Gerrard is keen to have him involved in his squad at Villa Park as he prepares to try to target European football.


popular
Iran demand action by FIFA after USA team change flag on social media
World Cup 2022 Day Nine: All the major action and talking points
"I appreciate Moycullen now more than ever" - Cooke's American lifestyle from a Moycullen base
Roy Keane's issue with Argentina star could rival Graeme Souness and Paul Pogba
GAA JOE Team of the weekend
All-Ireland Hurling winner's medal stolen as Gardaí appeal for information
Lionel Messi set to agree deal to join Inter Miami next season, report claims
You may also like
3 days ago
Full player ratings as England are held to a goalless draw against USA
3 days ago
Japan fans explain why they clean up after World Cup matches
3 days ago
The SportsJOE Friday Pub Quiz: Week 2
3 days ago
World Cup 2022 Day Six: All the major action and talking points
4 days ago
Clairvoyant otter predicted Japan's World Cup win over Germany
4 days ago
Amancio Ortega interested in buying Man United from Glazers
Next Page