Brazil midfielder Philippe Coutinho has been bombarded by eggs and flour at Brazil training.

The Barcelona winger turned 26 on Tuesday and to celebrate his Brazil teammates pranked him by throwing egg and flour all over him while he was sitting down.

The Brazilian boys give Philippe Coutinho the birthday treatment! Egged and covered in flour 🍳😂 pic.twitter.com/46sYpUCNAy 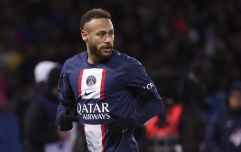 END_OF_DOCUMENT_TOKEN_TO_BE_REPLACED

Coutinho seemed to laugh off the prank as Brazil prepare for their World Cup opener against Switzerland on Sunday.

The five-time world champions eased their way past Austria in their final warm-up game and manager Tite claimed after that their squad was maturing mentally, which, needless to say, was somewhat ironic given the treatment of Coutinho at training just a few days later.

"The concentration and competitiveness of the team was laudable," Tite told reporters. "Today was another example that, mentally, we are maturing. It was a difficult match, with heavy physical contact and we did really well."

Brazil forward Neymar joined Romario for third place on Brazil's all-time leading goalscorers list after scoring in the win over Austria and Tite says that he does not know the limit on the forward's potential.

"I don't know Neymar's limits," Tite added. "His technical and creative capacity is impressive. When we get him in the last third of the field he is lethal."