Pep Guardiola: Man City XI vs Newcastle was picked on 'behaviour, not rotation'

Grealish and Foden were both unused substitutes on Sunday.

Pep Guardiola has revealed that his starting XI against Newcastle United at the weekend was picked on 'behaviour', as opposed to standard squad rotation.

Jack Grealish, Phil Foden and John Stones all dropped to the bench for Sunday’s 4-0 win at St James’ Park, with Joao Cancelo, Gabriel Jesus and Raheem Sterling replacing them in the starting line-up. 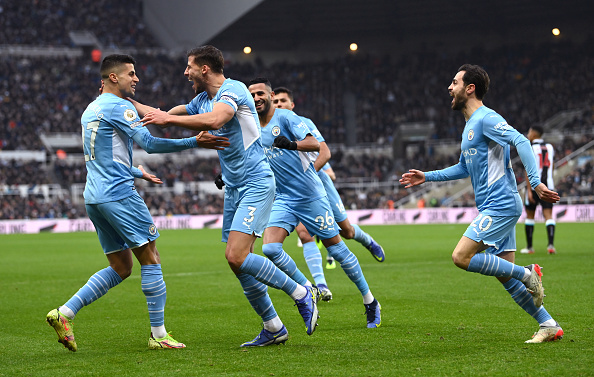 Pep Guardiola: Man City XI vs Newcastle was picked on 'behaviour, not rotation.'

END_OF_DOCUMENT_TOKEN_TO_BE_REPLACED

Defender Stones replaced Ruben Dias in the second half, but Foden and Grealish were unused substitutes with Fernandinho and youngster Cole Palmer being brought on instead.

Guardiola has since explained that his team selection was based on 'behaviour, not rotation'.

When asked to explain his line-up, Guardiola told BBC Radio 5 Live: "Not rotation, no.

"I decided for this team because they deserved to play today, these guys and not the other ones.

"At Christmas time I pay a lot of attention to behaviour on and off the pitch. And when off the pitch is not proper they are not going to play.

"So we have to be focused all the time because of distractions at Christmas time and everything that happens - you have to still be focused."

Pep Guardiola on changes vs Newcastle: “Not rotation. I decided this team because they deserved to play, these guys, not the others. At Christmas, I pay a lot of attention to behaviour on and off the pitch. When off the pitch is not proper, they are not going to play..."

END_OF_DOCUMENT_TOKEN_TO_BE_REPLACED

City cruised to a comfortable victory against the Magpies thanks to goals from Dias, Cancelo, Riyad Mahrez and Raheem Sterling.

The victory - which was their 34th in the league in 2021 - took them three points clear of title rivals Liverpool, who were held to a 2-2 draw at Tottenham.

After setting a new record for the most top-flight wins by a team in a calendar year, Guardiola says it 'shows the consistency' City have as a team.

He added: "Records show the consistency we have as a team, it is not winning titles or finals, but it is winning and winning," Guardiola said after the match. 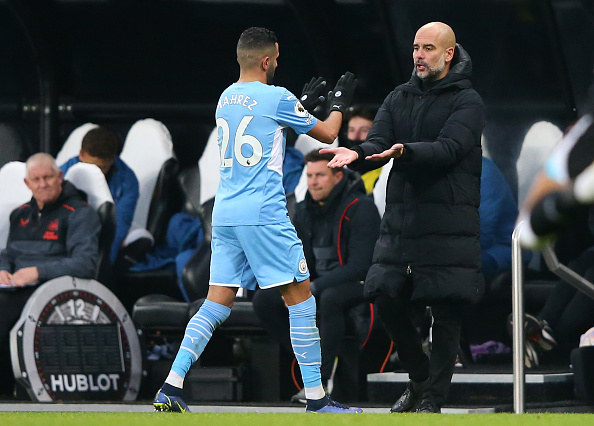 "Records are there to be broken and we are happy to have them.

"I prefer to win titles, but when you break a record from a long time ago, in a calendar year, the most victories, you are consistent.

“You win games and this is the most precious value this team has."

The Citizens host Brendan Rodgers' Leicester City in their next match on Boxing Day, hoping to increase their lead at the top of the Premier League table.


popular
David Meyler on how Kenny Dalglish almost signed him for Liverpool
QUIZ: You have 60 seconds to answer one Premier League goalkeeper question
Gary Neville reveals Man United ignored advice to sign Joao Cancelo
Boris Johnson slams Jurgen Klopp for defending Liverpool fans booing national anthem
Sean O'Brien could get to play England, at Twickenham, in his final game
Gearoid Hegarty's harsh red card leads to a heated debate in The Sunday Game studio
"I think there are only five Kilkenny players who are guaranteed to start on any given day" - Cody's motivational methods
You may also like
1 day ago
QUIZ: Can you name these 26 Premier League winners?
2 days ago
Pep Guardiola sets Southampton difficult task ahead of Liverpool clash
2 days ago
Patrick Vieira confirms Tayo Adaramola will make his Premier League debut
2 days ago
Antonio Rudiger denies he's leaving Chelsea because of sanctions
2 days ago
Philippe Coutinho 'accepts 70% wage cut' to complete Aston Villa move
4 days ago
Robbie Brady keen on Bournemouth future after promotion success
Next Page