"In this situation, the Man City player would've been sent off"

Pep Guardiola has stated that if the tackles made by James Milner were made by a Manchester City player, then they would've been sent off.

Liverpool and City played out a scintillating tie at Anfield, with four second-half goals scored between the two sides in an entertaining 2-2 draw. 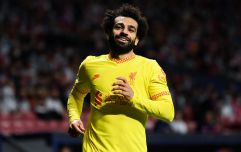 END_OF_DOCUMENT_TOKEN_TO_BE_REPLACED

Sadio Mane opened the scoring for the Reds in the 59th minute after a clever through-ball from Mohamed Salah, but Guardiola's men fired back 10 minutes later through Phil Foden's fine finish.

The Egyptian then got himself on the scoresheet after a bamboozling run saw him smash home a sensational strike from a tight angle.

However, City were once again level with less than 10 minutes to go after Kevin De Bruyne's shot deflected off Joel Matip and bounced past a helpless Alisson in the Liverpool goal.

Despite both teams participating in a spectacular game of football, it certainly wasn't without controversy - with the away side adamant that Milner should've been sent-off.

The Reds midfielder - who was operating at right-back - endured a difficult afternoon at Anfield and struggled to contain the talented Foden.

Milner was booked in the 42nd minute after Foden skipped past him having cleverly dropped his shoulder - the 35-year-old had no complaints and was arguably lucky to escape for that long without a caution. 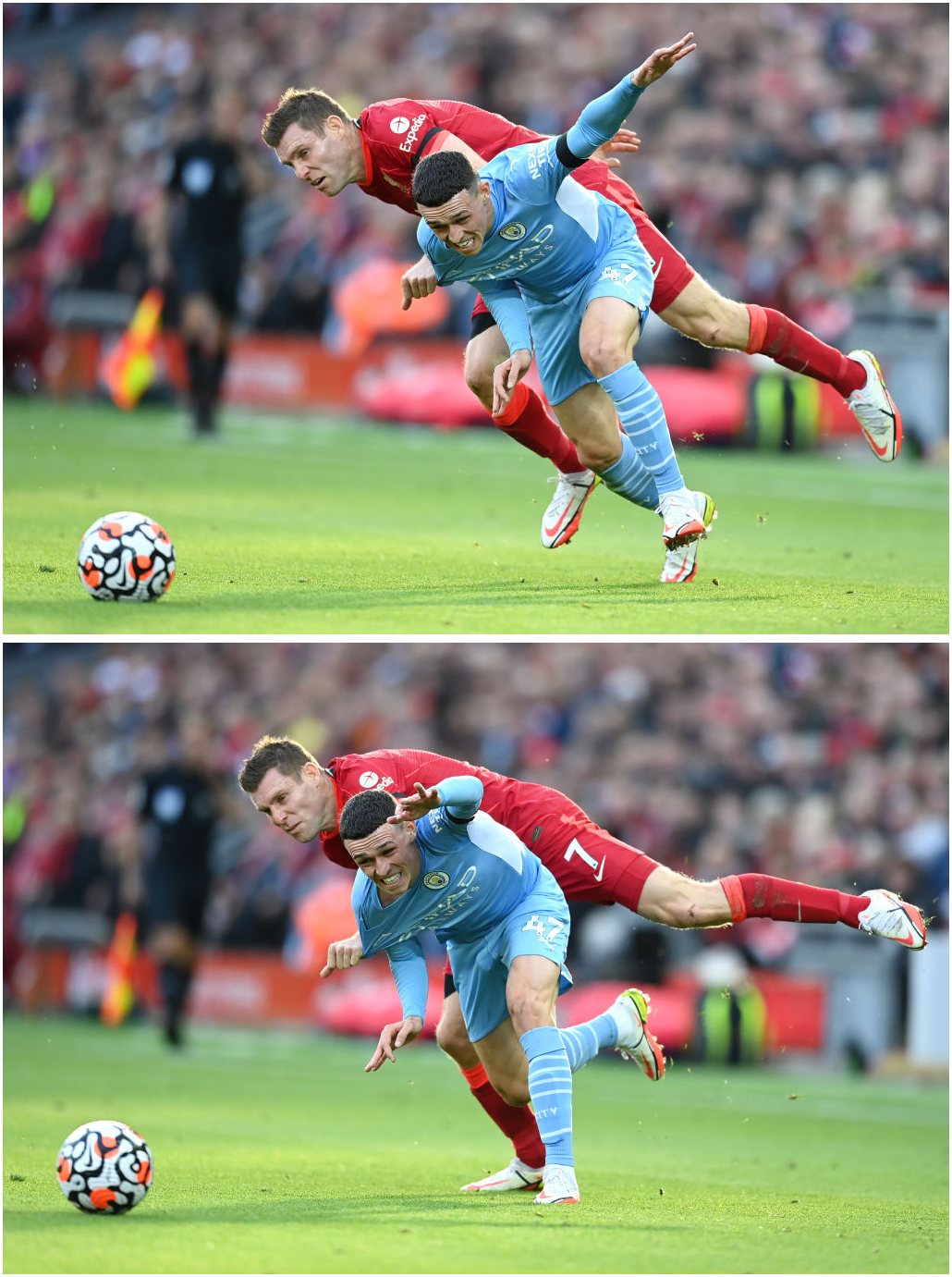 It would've been fair to assume that Jurgen Klopp might've substituted the vice captain, however, he remained on the pitch and was very quickly under pressure once again.

In the second-half, Milner blatantly upended Bernardo Silva as the Portuguese international broke past him - leading the Manchester City bench to point out that not only had he already been booked, but that the tackle in question was worthy of a yellow card.

Moments after the 'tackle' - for which a free-kick was given - the former Man City man was substituted for Joe Gomez, with Klopp understandably concerned that if he left him on the pitch for much longer, he would end up getting a red card.

Guardiola was clearly frustrated by the incident and despite not directly calling out referee Paul Tierney, the Spaniard made his feelings known. Following the game, Pep Guardiola told Sky Sports:

🗣"It's a yellow card. It's Anfield, it's Old Trafford. If this was a City player it's a red card."

Manchester City boss Pep Guardiola was not happy with James Milner failing to get sent off for Liverpool. pic.twitter.com/VKACEcJXKb

Whilst it is impossible to predict what sort of impact a Milner red card would've had on the tie, it would be fair to assume that it would have massively benefited the away side.


popular
Sub goalie saves last-minute Diarmuid O'Connor penalty as Knockmore march on
Billy Burns has night to forget as Connacht blow Ulster away
Where Ireland's highest earners sit in relation to rugby's top-paid players
Five surgeries by 26 and getting injured by a melon in training
Last-gasp winner by Fionn McDonagh sees Westport edge out Ballina in Mayo thriller
Player voices fall on deaf ears as Congress reject GAA championship restructure
Shane Walsh: 'That's not how I was coached to play football. No one was coached to play football that way'
You may also like
3 days ago
"Ah, come on!" - Richie Sadlier and Didi Hamann couldn't even agree to disagree on Griezmann's red
3 days ago
Diego Simeone refuses to shake Jurgen Klopp's hand after Liverpool win
6 days ago
UFC star Paddy Pimblett "kicked out" for celebrating Liverpool goals in Watford end
1 week ago
"Come on, who is better than Mo Salah at the moment?" - Jurgen Klopp
1 week ago
Jurgen Klopp takes another dig at BT Sport for lunchtime kick-off
1 week ago
Caoimhín Kelleher could carve out a career at Liverpool
Next Page