"I had to play with someone who was disciplined."

Paul Scholes has said that his midfield partnership with Juan Sebastian Veron was a 'disaster'.

The pair played together 63 times for Manchester United between 2001 and 2003 and were part of Alex Ferguson's team that won the Premier League in 2003.

Scholes, however, said that his partnership with the Argentinian midfielder in United's engine room was not successful. 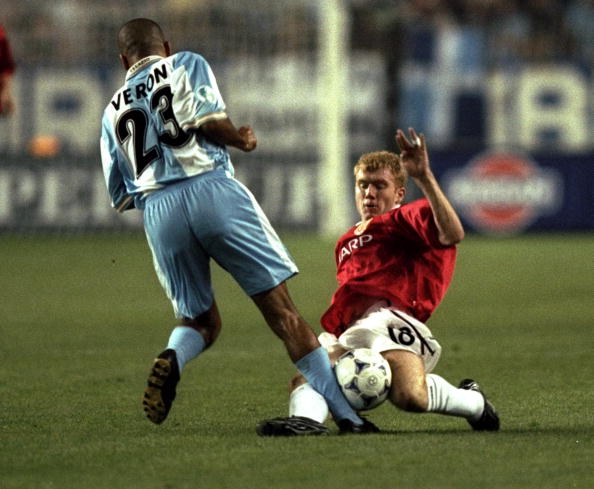 Scholes' partnership with Veron was a 'disaster.'

Speaking on The Overlap with Gary Neville, Scholes said that he found it difficult to play in midfield when paired with someone who was not defensively-minded.

END_OF_DOCUMENT_TOKEN_TO_BE_REPLACED

"It wasn’t great playing with people who (were) attacking people, I needed someone who played that (defensive midfield) position really well." 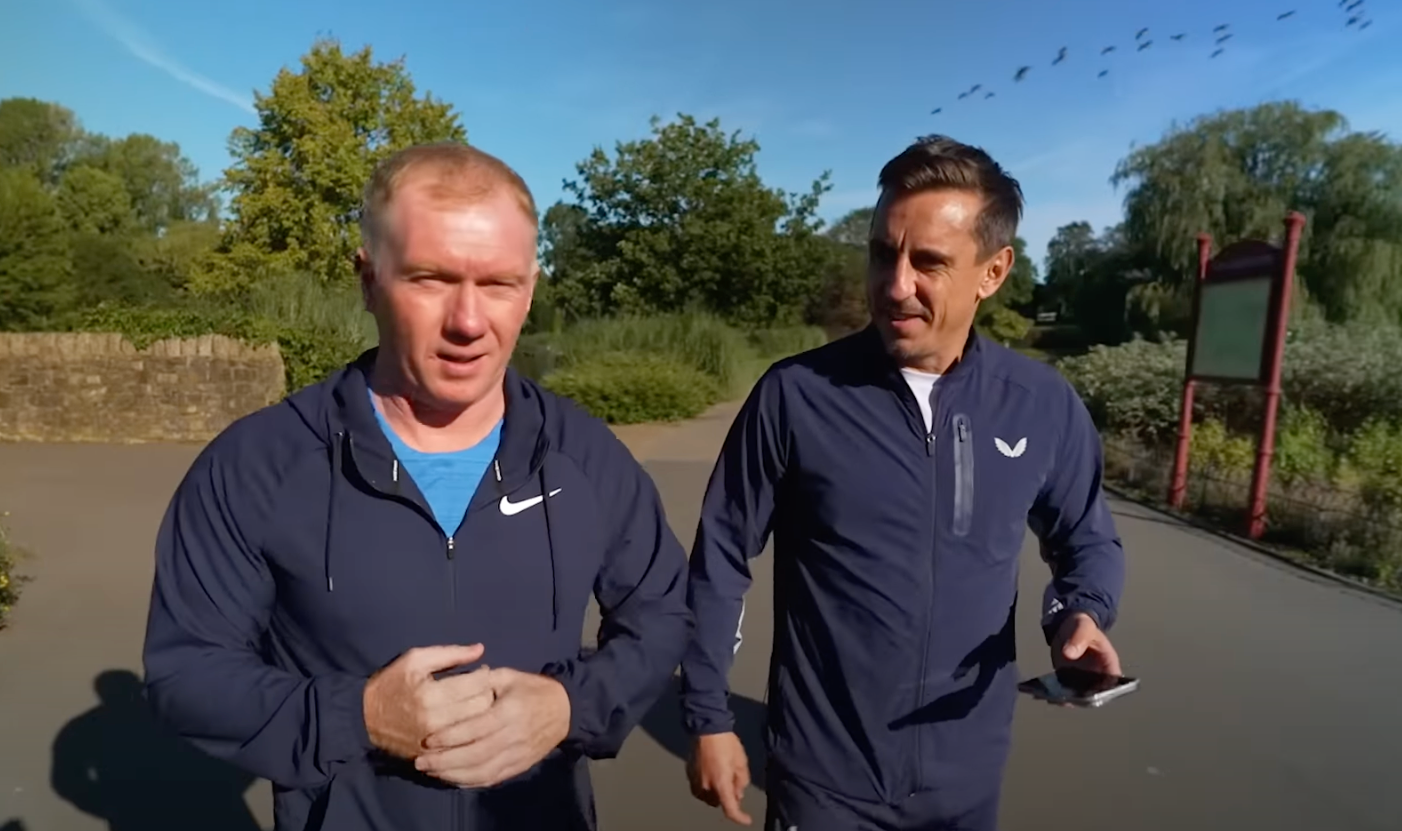 Image via The Overlap.

Scholes on his favourite midfield partnerships.

END_OF_DOCUMENT_TOKEN_TO_BE_REPLACED

Neville then interjected and asked, "Someone like Veron, you mean?"

"Yeah, me and Veron were a disaster," the former Man United midfielder replied.

"I think me and Anderson did it once (played alongside each other in central midfield). Just, no, it’s not working, is it? Just two lads who don’t care about defending, don’t know the position that well.

"But it worked better with a Michael or a Roy or a Nicky. They were brilliant playing that position, they knew. 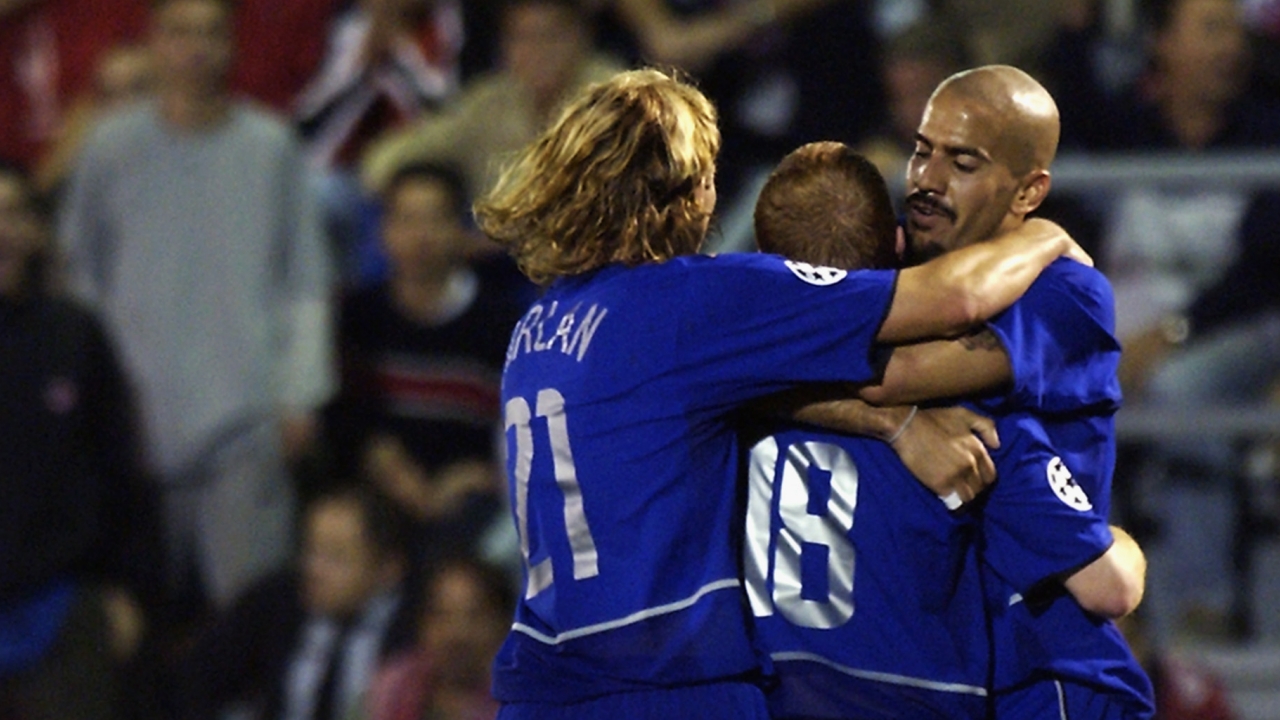 Man United broke the British transfer record in 2001 when they signed Veron from Lazio for £28.1m, but the move didn't work out.

The Argentinian midfielder was talented but struggled to adjust to the physicality of the Premier League. Ferguson, meanwhile, already had Keane and Scholes, two world-class midfielders, in his squad and found it difficult to fit his new signing into the team.

After playing 82 times for United, Veron left the club for Chelsea in 2003. The midfielder only featured 14 times for the Blues before joining Inter Milan the following season. 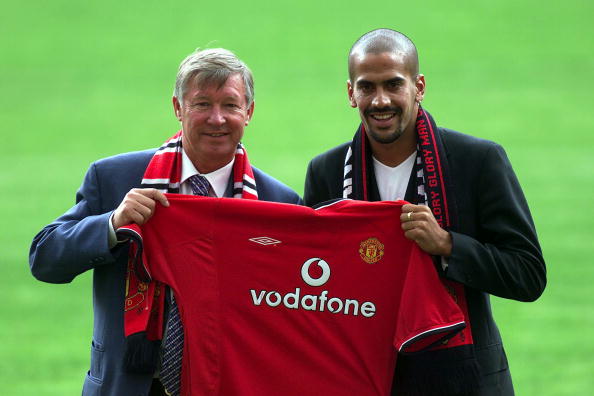 Ferdinand on why Veron failed at Man United.

In 2020, Rio Ferdinand, Veron's former Man United teammate, said that the midfielder may have flourished at Old Trafford if Keane was not also in the squad.

According to Ferdinand, the Irishman's dominant personality, and role in the team, made it difficult for Veron to establish himself.

"He was an unbelievable player, great passer," the former England defender said.

"The only thing I think that killed him was Roy Keane was probably a bit more of a dominant personality and was picking the ball up in his positions. 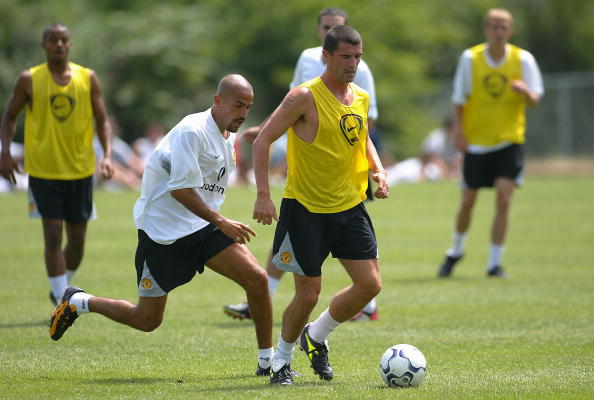 "He was an unbelievable player, great passer," Ferdinand said about Veron.

"The only thing I think that killed him was Roy Keane was probably a bit more of a dominant personality and was picking the ball up in his positions.

"You have to remember Veron came from Lazio, Parma where he was the main man, the whole game went through him. He came to United, that's what Roy Keane did.

"Keane came and got it off the defenders, passed it through to the midfielders and attackers, and got in positions and was very vocal, like, 'Yeah, give me the ball! Give me the ball!' 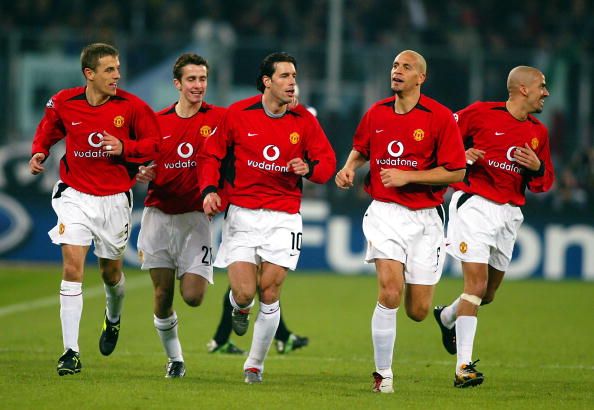 "And out of respect probably Seba just said, 'I'll let Roy keep doing that'. But Seba was an amazing talent.

"I honestly think without Roy Keane there he might have flourished in a Man United shirt.

"I think Roy Keane was his problem. And it wasn't Roy Keane's fault, it's just that his personality was bigger and more overpowering."