The Frenchman earned £5.613m for each of his 39 goals for Man United

Paul Pogba will depart Manchester United with a £3.78million loyalty bonus when he leaves the club as a free agent at the end of the month.

The Red Devils confirmed that the Frenchman would be leaving Old Trafford for a second time when his contract expires later this month - but the midfielder is still set to walk away with a lucrative 'loyalty bonus'. 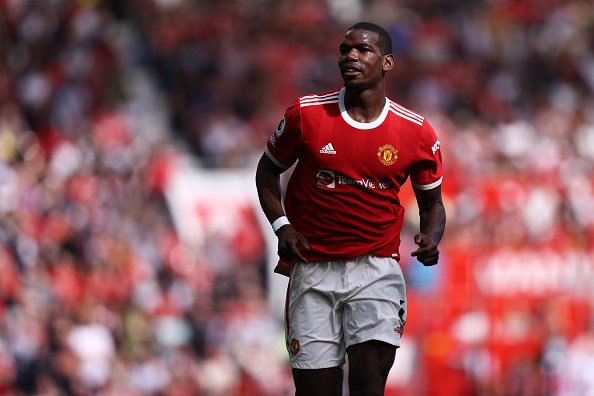 END_OF_DOCUMENT_TOKEN_TO_BE_REPLACED

As reported by the Daily Mail, it forms part of the terms offered to Pogba to entice him back from Juventus for a then world-record fee of £89m in 2016, having lost him to the Serie A giants for compensation of just £1.5m in 2012.

As well as the staggering transfer fee, United also paid £39.27m to the player's agent Mino Raiola, who passed away in April, to secure a deal for his return to Manchester.

🗞 Paul Pogba will walk away with a £3.78million loyalty bonus when he leaves #mufc as a free agent at the end of the month. [@ChrisWheelerDM]

Pogba was reportedly paid a basic salary of £8.61m, which dropped to £7.75m once the annual loyalty bonus started at the end of his first year with the club.

END_OF_DOCUMENT_TOKEN_TO_BE_REPLACED

It also included image rights payments, which came to a total of £2.87m-a-year, as well as a £1.875m bonus for each of the four occasions the Red Devils qualified for the Champions League while he was there.

The 29-year-old looks likely to re-join Juventus in the summer, having also reportedly held talks with Paris Saint-Germain and Real Madrid.

On Wednesday, Man United announced Pogba would leave the club when his contract expires at the end of June.

“The club can announce that Paul Pogba will leave Manchester United at the end of June, upon the expiry of his contract,” United's statement reads.

“Everyone at the club would like to congratulate Paul on his successful career, and thank him for his contributions to Manchester United.

“We wish him all the best for the next steps on a remarkable journey.”

I feel privileged to have played for this club. Many beautiful moments and memories but most importantly an unconditional support from the fans. Thank you @ManUtd pic.twitter.com/YLT3lUHOmT