"For me, it's quick, attacking, flowing football with the right intent" - Ole Gunnar Solskjaer

There was a moment in Manchester United's post-match press briefing at Etihad Stadium where Ole Gunnar Solskjaer's Scandinavian logic kicked in.

The Norwegian was being asked about the horrific abuse that was doled out to Fred and Jesse Lingard, by a section of Manchester City fans, during his side's 2-1 victory. Solskjaer, who said the fan should never be allowed into the ground to watch his team play again, was asked if City should be punished for the incident.

"Why don't we get him [the abusive fan] and educate him instead?" he asked.

"It's not City's fault, it's his. He should be educated, and that's my opinion anyway. Nothing to do with Man City as a football club anyway. No."

Solskjaer was also asked if the last two results - wins against Tottenham and Manchester City - had left him feeling vindicated. He answered:

"I’ve seen the improvement since I came. I think the boys... we've have had to reshape the squad, change culture of the squad, and change the way we want to play.

"When you prepare for so many games, you look back at [previous] games. And while I remember last season's game [a 3-1 defeat when Jose Mourinho was in charge] and it's not nice to see when City are so much better than us. I've said that before, they're the best team in the world and I understand that teams will struggle here but today we've come away with some dignity in the right place."

Dignity restored, it certainly looked as though Solskjaer is a manager with renewed confidence after the past week. He approached the United fans in the away section, after the game, and pointed to the United crest on his jacket saying, "This is what it's for." 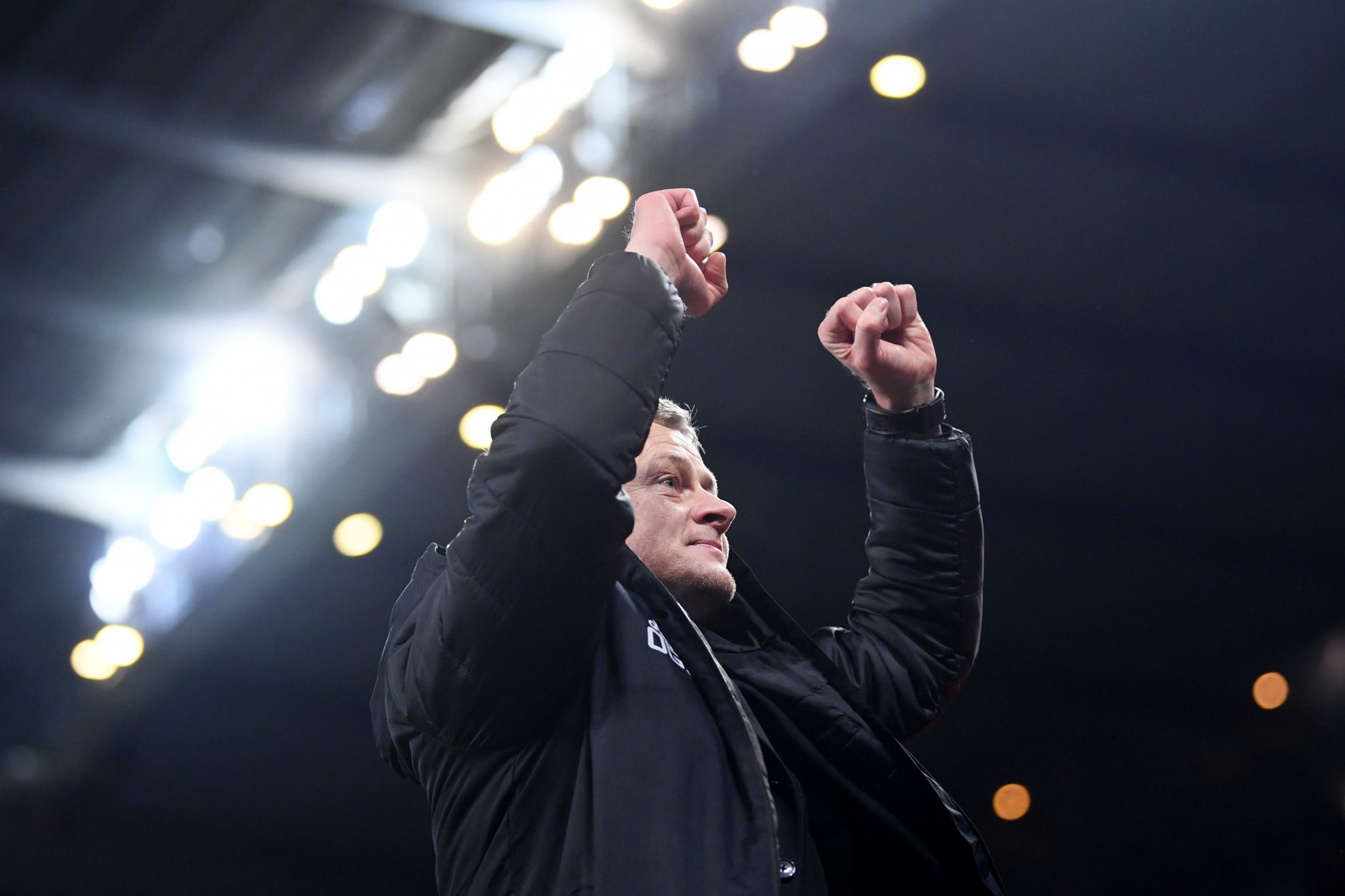 The final question of Solskjaer's briefing with reporters caused the United boss to bristle and then talk up his team's style of play.

Solskjaer was asked to explain the idea behind United's quick break movements and counter-attacking options as they caused City all manner of problems.

"We've worked on those [movements] ever since I came to the club because that's Man United. You can call it counter-attacking; it sounds very negative, really. Because that means you've... it sounds negative!

"For me, it's quick, attacking, flowing football with the right intent. And when we win it [the ball], there's no use of keeping it or putting it backwards, or back to the goalkeeper, if the chances are there to play through them. And we did.

"Some great intent of passing forward and we've got some players with pace and quality and skill. And I wouldn't want James and Lingard and Rashford and Martial running at me. So we knew that that was a chance for us to create chances and we did today. Plenty of them."

END_OF_DOCUMENT_TOKEN_TO_BE_REPLACED

Up next for Ole Gunnar Solskjaer and his Manchester United side are Everton, at Old Trafford. The Toffees showed plenty of spark in their Saturday victory over Chelsea, at Goodison Park, so next Sunday's league encounter should be a fascinating watch.

popular
Gary Neville cautiously optimistic about England, but Roy Keane sums it up perfectly
Only old-school fans will get 20/20 in this 1990s footballers quiz | Part 2
"For me, there is no comparison between Con O'Callaghan and David Clifford"
The SportsJOE 12 o'clock quiz | Day 370
Comparing the training gear of the Kerry 1980s team to a modern day outfit
Danny Murphy's comments on BBC tonight prove some folks will never learn
QUIZ: How much do you know about Dutch football?
You may also like
1 week ago
Owen Hargreaves on what made Vidic and Ferdinand's partnership so special
1 week ago
Man Utd agree personal terms for Jadon Sancho
2 weeks ago
David De Gea appears to aim dig at Man Utd as Sergio Romero finally leaves
3 weeks ago
Carragher trolls Gary Neville after Man Utd Europa League defeat
3 weeks ago
Full Man United playing ratings as De Gea carries can for Solskjaer
4 weeks ago
Marcus Rashford causes wobbles among United fans with latest interview
Next Page