There is a massive weekend of sporting action coming up.

There is some amazing sport on this weekend with five Premier League games available to stream. Meanwhile, all four Irish provinces are in rugby action as the new season gets underway and the Women's Super League returns. 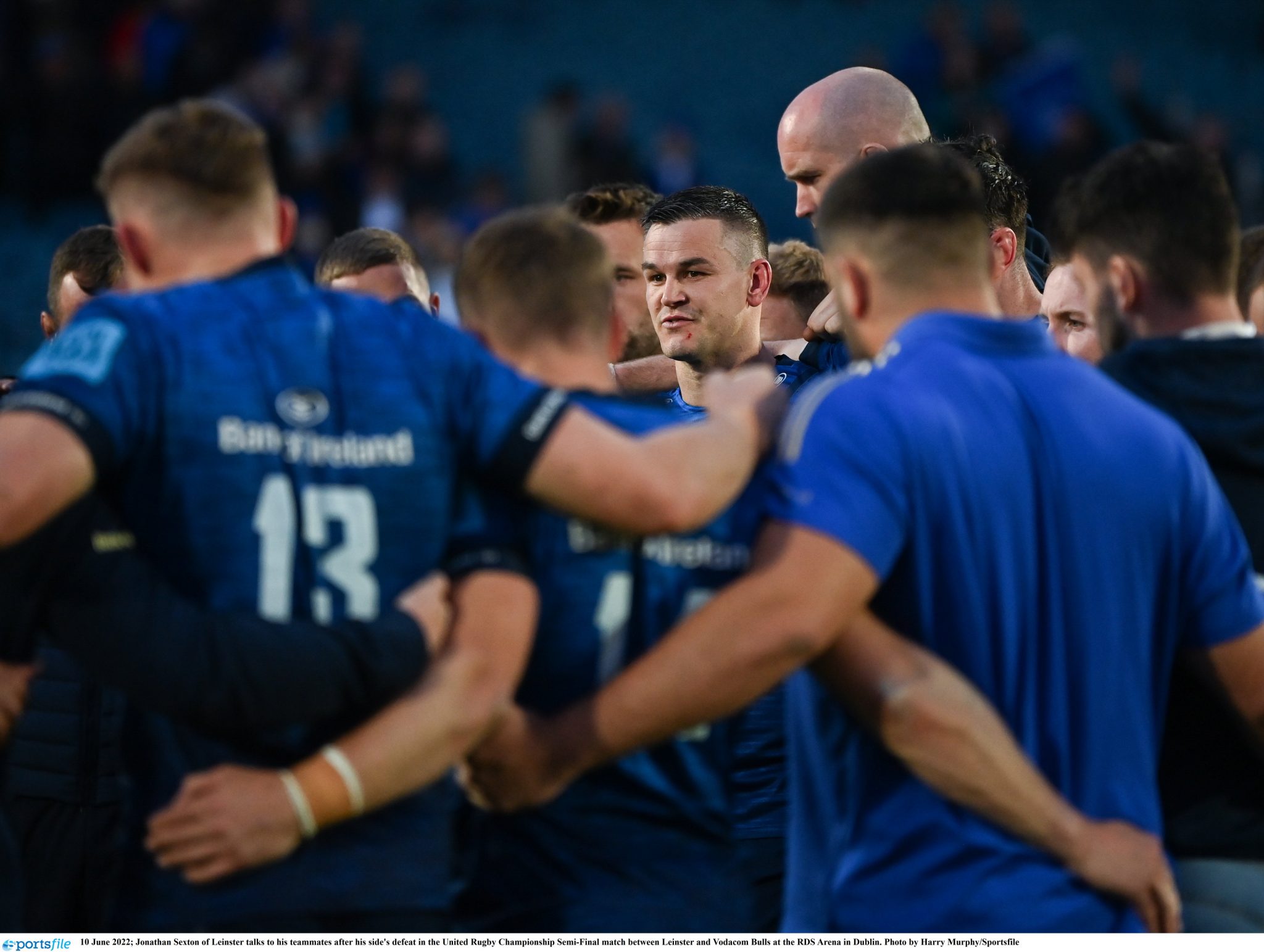 The Premier League returns this weekend and the first match available to stream is Aston Villa versus Southampton.

END_OF_DOCUMENT_TOKEN_TO_BE_REPLACED

Villa have struggled for form so far this season, winning just one of their six matches despite being tipped to finish in the top half of the table. Villa, however, come into Friday night's fixture after an encouraging 1-1 draw with Premier League champions Man City.

Southampton enter the game in slightly better form, having won two of their six games so far. Their Irish goalkeeper Gavin Bazunu has been in excellent form and will be doing his best to ensure Villa don't turn their season around on Friday night.

You can stream Aston Villa versus Southampton with a NOW Sports Membership. Kick-off is at 8 pm. 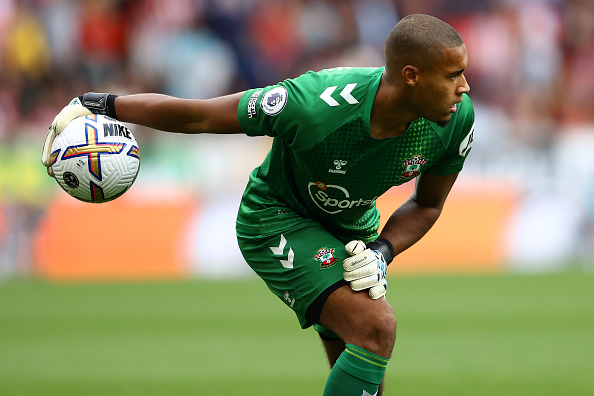 END_OF_DOCUMENT_TOKEN_TO_BE_REPLACED

There are four massive rugby games available to stream on Saturday, with all four Irish provinces in action.

First up, Zebre Parma face Leinster in the United Rugby Championship as the new season gets underway.

Leinster were the best-performing Irish side in the competition last season and finished top of the table in the regular season. The Irish team, however, were beaten by a single point in a dramatic playoff semi-final against the Bulls.

You can stream Zebre versus Leinster with a NOW Sports Extra Membership. Kick-off is at 1 pm.

Next up in the URC, Cardiff host Munster. The Irish province will be aiming for a better showing than last season when they were convincingly beaten by Ulster in the playoff quarter-finals

You can stream Cardiff versus Munster with a NOW Sports Extra Membership. Kick-off is at 3:05 pm. 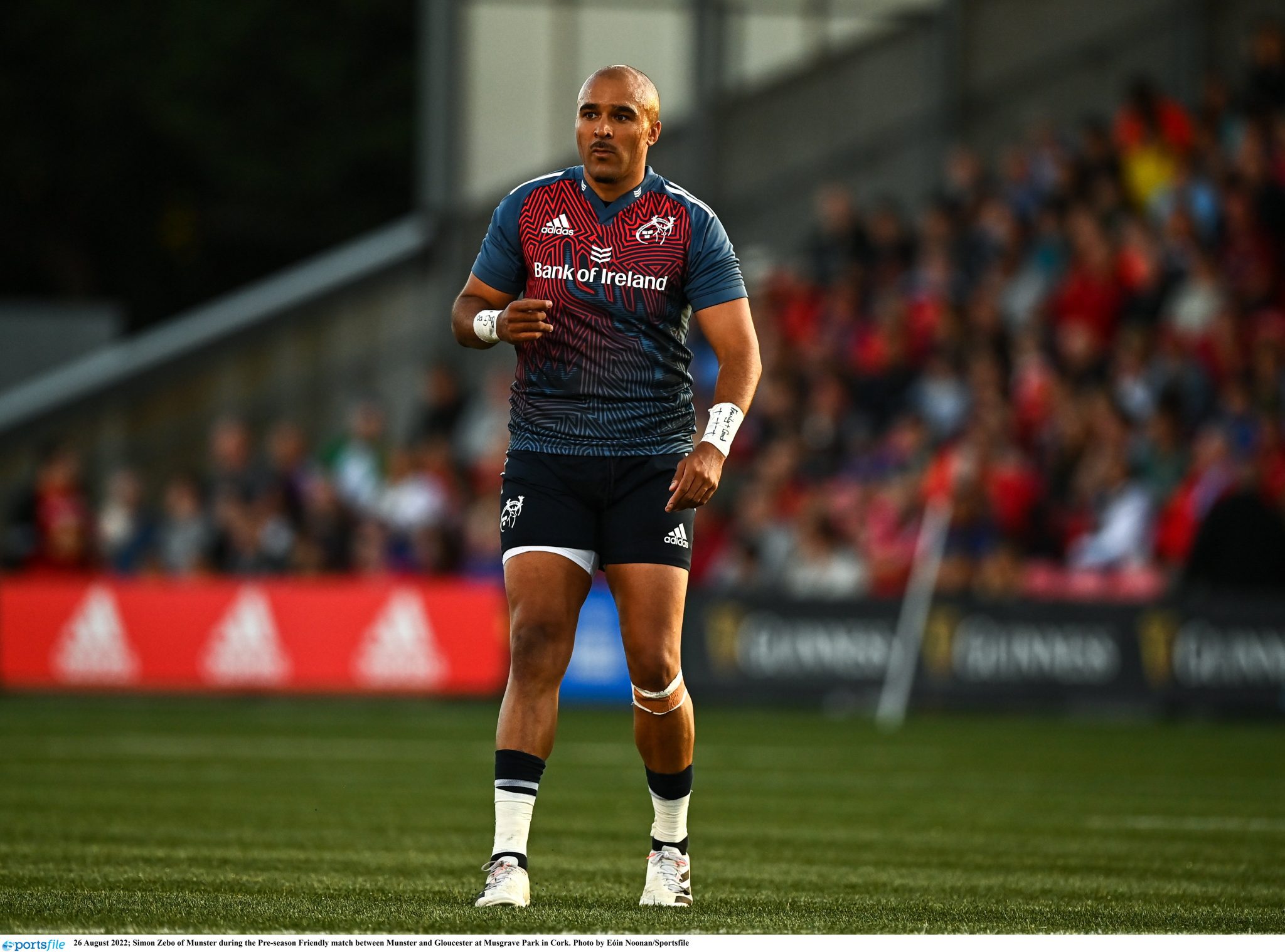 In the final URC game of the day, Ulster face Connacht at Ravenhill.

Ulster reached the semi-finals of the tournament last season, where they narrowly lost to South African side the Stormers. Connacht, meanwhile, failed to reach the tournament playoffs after winning just nine of their regular season games.

You can stream Ulster versus Connacht with a NOW Sports Extra Membership. Kick-off is at 7:35 pm.

The rugby action wraps up with Argentina versus South Africa in the Rugby Championship. Argentina come into the game after losing 53-3 to New Zealand in their last match in the tournament.

South Africa, meanwhile, beat Australia 24-8 in their last game in the Rugby Championship.

You can stream Argentina versus South Africa with a NOW Sports Membership. Kick-off is at 8 pm. 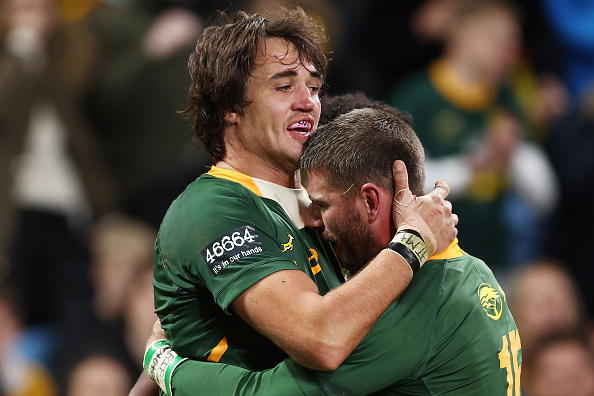 The Premier League champions recorded a 1-1 draw away to Aston Villa in their last Premier League fixture, but they remain an ominous prospect for opposition sides and already look on course to retain their title.

Erling Haaland has scored 10 goals in the Premier League so far this season, despite playing just six games, but his excellence in front of goal will be tested on Saturday.

Wolves have only conceded four goals in the current campaign and finished last season with the fourth-best defensive record in the division.

You can stream Wolves versus Man City with a NOW Sports Extra Membership. Kick-off is at 12:30 pm. 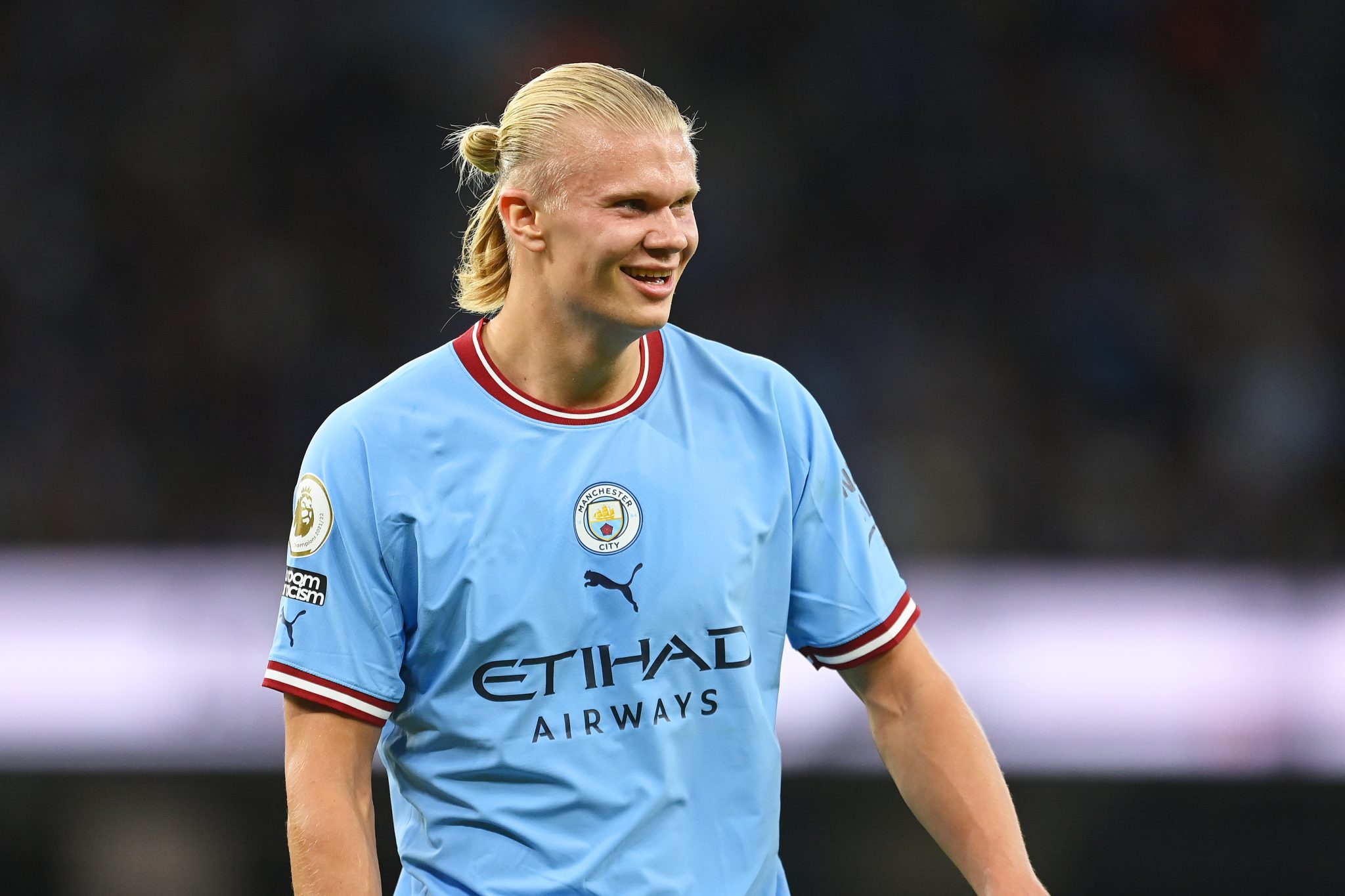 Next up, you can stream Newcastle United versus Bournemouth.

The two sides come into the game level on points but have had contrasting seasons so far. Bournemouth suffered a 9-0 defeat to Liverpool and are without a permanent manager after dismissing Scott Parker. Newcastle, meanwhile, have gone toe to toe with Man City and Liverpool and look capable of finishing in the top half of the table.

You can stream Newcastle versus Bournemouth with a NOW Sports Extra Membership. Kick-off is at 3 pm. 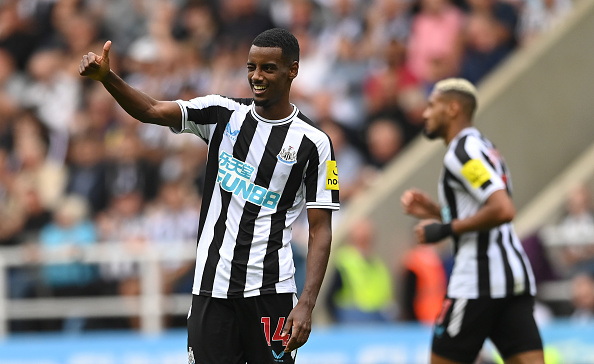 Spurs currently sit in third place, level on points with Man City, and they should add another three points to their tally against a struggling Leicester side who are currently bottom of the table without a win this season.

The Foxes have endured a miserable campaign so far. Brendan Rodgers' team have lost five times and have conceded 16 goals in six matches so far this season.

To make matters worse for Leicester, they face Harry Kane on Saturday. The England captain has scored 17 times in 14 Premier League games against the Foxes.

You can stream Tottenham versus Leicester with a NOW Sports Membership. Kick-off is at 5:30 pm. 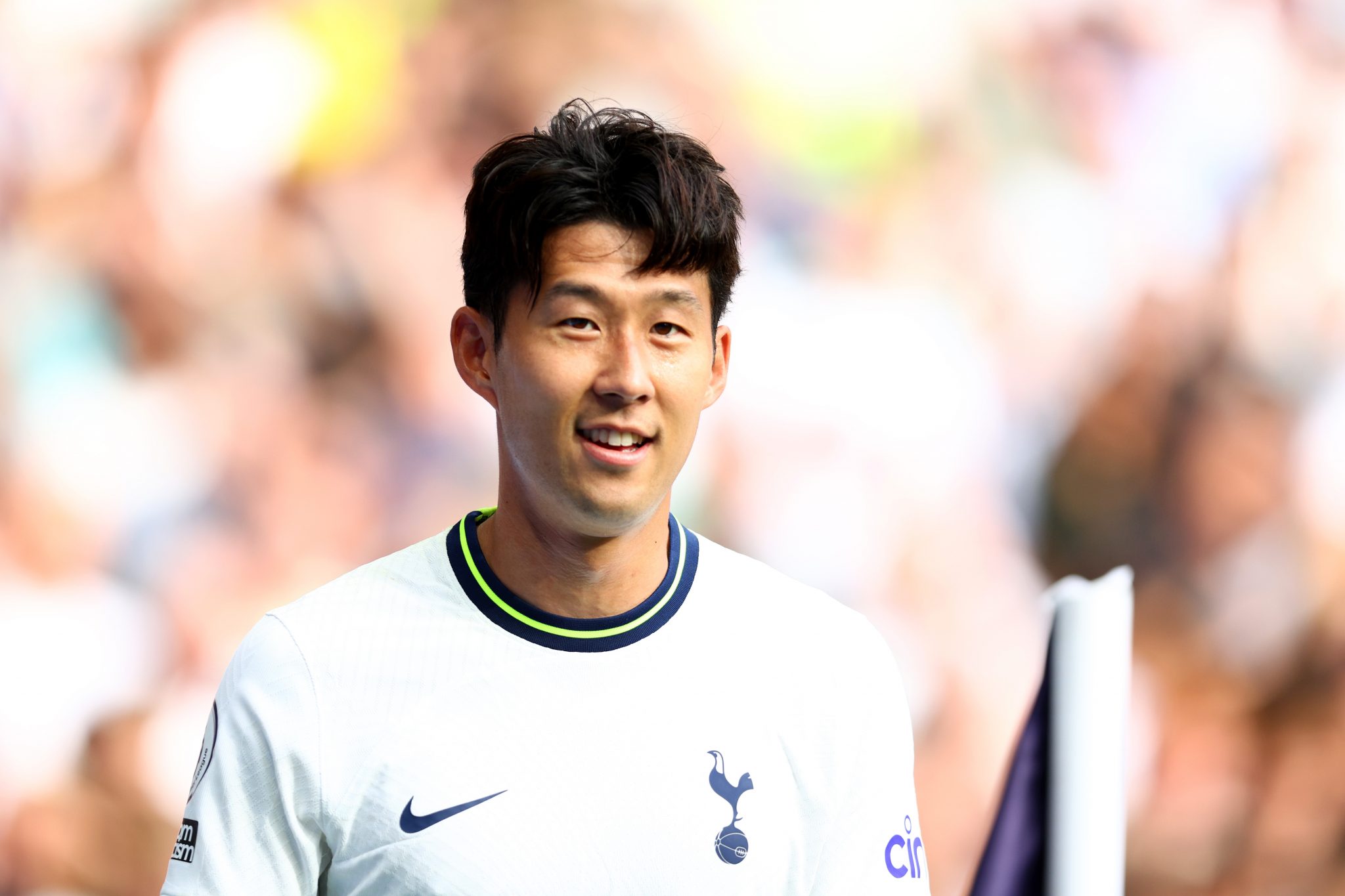 On Sunday, Brentford host Arsenal in the opening Premier League match of the day.

The Bees won this fixture 2-0 last season, and have been in great form so far in the current campaign. Brentford have won two and drawn three of their six games so far. They also hammered Manchester United 4-0 at home earlier this season.

Arsenal, however, are in great form and currently sit top of the table with 15 points from six matches so far. The Gunners lost their last match 2-1 to Man United, but they played well in the game and will be confident going into Sunday's match.

You can stream Brentford versus Arsenal with a NOW Sports Membership. Kick-off is at 12 pm. 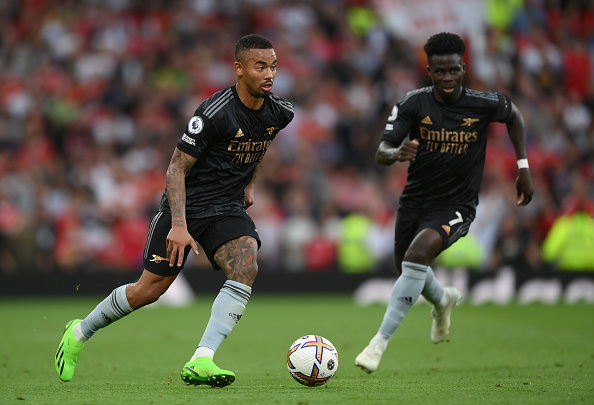 The Toffees will be hoping to avoid another relegation battle this season. Frank Lampard's side, however, will need to start recording some wins.

Everton have drawn four games so far in the current campaign, including a goalless draw with Liverpool in the Merseyside derby, and are yet to register a victory.

West Ham, meanwhile, are also yet to find their best form. The Hammers have won once in six games and will need to turn their fortunes around if they are to qualify for Europe again.

You can stream Everton versus West Ham with a NOW Sports Membership. Kick-off is at 2:15 pm. 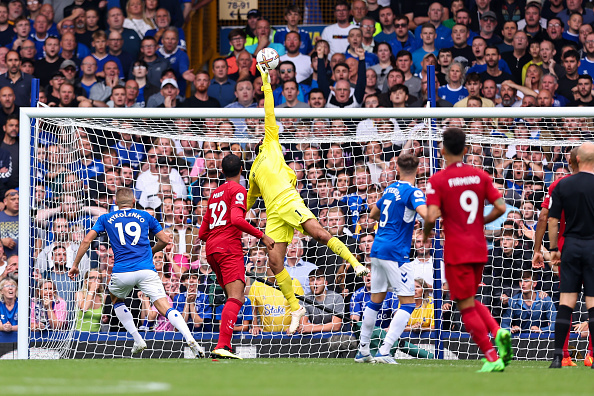 The focus then switches to the Women's Super League and the match Liverpool host Chelsea as both teams get their season underway.

Liverpool, who are captained by Republic of Ireland defender Niamh Fahey, won promotion to the WSL last season, and face the toughest test possible in their first top-flight game - Chelsea have won the league in the last three seasons.

You can stream Liverpool versus Chelsea with a NOW Sports Membership. Kick-off is at 5 pm. 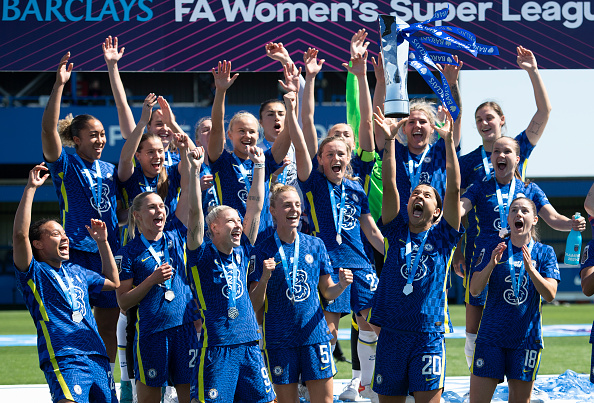 In the final football match of the weekend, the action moves to France where Lyon host Paris Saint-Germain.

PSG have been in tremendous form so far, winning six of their seven games with Lionel Messi, Neymar and Kylian Mbappe playing incredible football. Lyon have an unenviable task on their hands to keep the trio quiet.

You can stream Lyon versus PSG with a NOW Sports Extra Membership. Kick-off is at 7:45 pm. 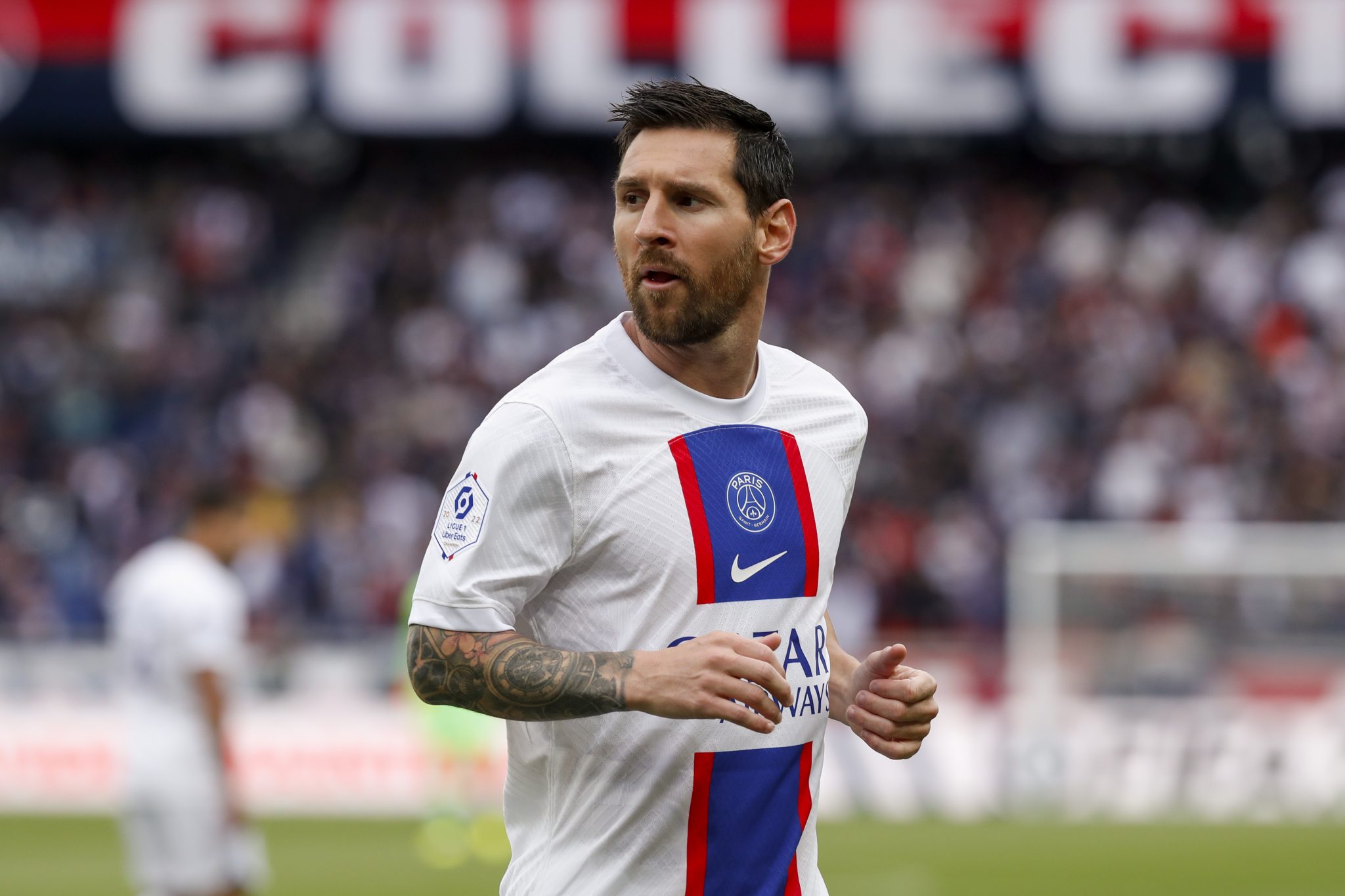 Stream the biggest sporting moments with NOW including all the Premier League, the URC, the Rugby Championship, and the WSL.


popular
Peter O'Mahony riled by "petulant s**t" as Munster toasted by Dragons
Grim injury news for Seabelo Senatla after Bundee Aki's red card clear-out
GAA JOE Team of the weekend
Martin O'Neill doesn’t wait for a second invitation to settle an old score with Matt Doherty
James McClean's battle with John McGinn worth the attendance fee alone
55-year-old County Cork athlete beats Kaka in Berlin marathon to remember
Roy Keane wasn't having Ronny Johnsen's lovely gesture in Man United legends game at Anfield
You may also like
1 week ago
Why have some Premier League games been postponed this weekend?
2 weeks ago
English football could be postponed for a second weekend
2 weeks ago
Thomas Tuchel releases emotional statement after Chelsea sacking
2 weeks ago
Fears of fans disrespecting the Queen 'was a factor' in football postponement
2 weeks ago
Dublin could host Champions League games next week
4 days ago
The five types of five-a-side players filling your team during the GAA off-season
Next Page