Noel Gallagher loves one Man City player so much, he would let him have sex with his wife

I love Tayto crisps but there is no way Mr Tayto is coming near my missus.

Noel Gallagher made an appearance on NBC's Men in Blazers podcast this week and it was entertaining as ever.

The former Oasis guitarist, and current High Flying Birds frontman, christened Liverpool's Brendan Rodgers 'The Brodge' on Match of the Day 2 recently. This time, he produced another memorable sound-bite.

Addressing his love of the midfield maestro, Gallagher remarked, 'I’d let him have sex with my wife.'

To further endear himself to the red side of Manchester, he labelled United's Spanish midfielder Juan Mata as 'a f***ing tw*t'. [Clarification: The second word is not 'twit'] 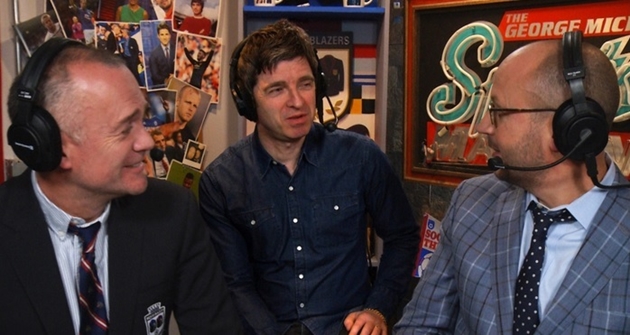 END_OF_DOCUMENT_TOKEN_TO_BE_REPLACED

Evra commented, 'Carlos Tevez like myself is United blood.'

Not so sure what United fans would say about that.


popular
The SportsJOE 12 o'clock quiz | Day 104
James Haskell on text exchange with Peter O'Mahony after Ireland's victory over Scotland
David Beckham recalls how a trip to Ireland got him in trouble with Alex Ferguson
"Shane was just gifted. He could play centre back, centre forward, he had everything"
"I have more work done than any player in Ireland" - The Trevor Giles tribute show
The SportsJOE 12 o'clock quiz | Day 103
We might finally get to see Lionel Messi and Cristiano Ronaldo playing on the same team
You may also like
6 months ago
Caraboa Cup Quarter Final highlights and semi-final draw
6 months ago
"For me, it's quick, attacking, flowing football with the right intent" - Ole Gunnar Solskjaer
6 months ago
Jesse Lingard and Fred subjected to shocking abuse as United beat City
7 months ago
Three talking points as Liverpool thump Man City 3-1 at Anfield
7 months ago
Player ratings as Liverpool wipe the floor with Manchester City
7 months ago
Liverpool are the Premier League's best team but remain unconvincing
Next Page