We've done quite well for ourselves, haven't we?

The Telegraph's football writers Mark Ogdan and John Percy set themselves the task of listing Manchester United's 50 greatest ever players, and there was plenty of green scattered around the list.

In total, nine Irishmen got the prestigious nod (6 Republic of Ireland Internationals, 3 Northern Ireland), but in typical Irish fashion, we want more.

END_OF_DOCUMENT_TOKEN_TO_BE_REPLACED

Two of our countrymen made it into the top 10, with Roy Keane the highest at number six, just ahead of George Best, who seems surprisingly low down the list (to this United fan anyway), at seven.

The ever reliable Denis Irwin gets in at 13, with a former United captain Johnny Carey picked at 19. 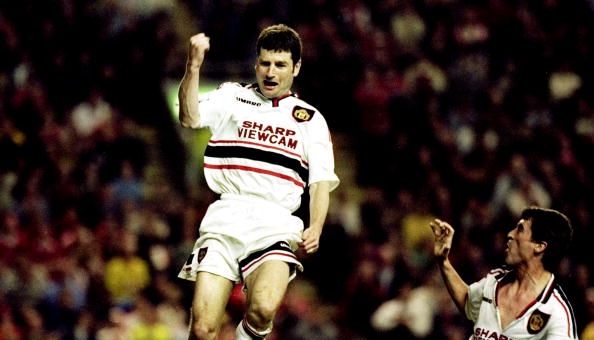 Not content to be in single figures, we're fighting the cause to get the likes of Kevin Moran, Paul McGrath or John O'Shea into the mix. It's a tight squeeze, but we reckon all three are have been better players for the club than Phil Neville, who gets in at 49.

At the same time though, having a near 20 percent representation in the list of the greatest players for one of the world's most famous clubs is nothing to be sniffed at.

The top 10 was always going to be controversial, with Ryan Giggs picked as the club's greatest ever player, Bobby Charlton in second and Paul Scholes in third. Denis Law and Duncan Edwards make up the top five, while Eric Cantona, Wayne Rooney and Cristiano Ronaldo complete the top 10.

The most surprising placement looks to be David Beckham, who is way down at number 25, behind the likes of Gary Pallister (24) and Andy Cole (23).


popular
Kerry's captain selection for 2022 sums up the problem with their outdated system
From Canada to Carlow in the name of hurling: Nicolas Redmond's journey to the Fitzgibbon Cup
"It must be difficult to say no, having won a game and heading back together"
Chelsea forced to change Stamford Bridge changing room after Liverpool complaint
Eddie Jones shares great tale on hour-long chat with 'inspirational' Roy Keane
Jesse Lingard 'angered by lack of respect' shown by Man United
Ireland fitness update offers even more reason for Six Nations optimism
You may also like
2 days ago
Cristiano Ronaldo’s Man United contract contains staggering Champions League clause
3 days ago
Hard to argue with Declan Rice assessment of Man United's late winner
4 days ago
Ralf Rangnick backs decision to sub Ronaldo during Brentford game
5 days ago
Victor Lindelof's house broken into, wife confirms in statement
6 days ago
Ralf Rangnick defends decision to substitute Cristiano Ronaldo in Brentford win
6 days ago
Man United reportedly identify Tariq Lamptey as solution for problem position
Next Page