N'Golo Kante had a rare off day in Sunday's World Cup final against Croatia.

He was dispossessed twice, he received a yellow card for a clumsy tackle on Ivan Rakitic and he completed just 57% of his passes before he was replaced by Steven N'Zonzi early in the second-half. It was an aberration for Kante when he entered the final in Moscow as a potential Golden Ball contender.

The Chelsea midfielder enjoyed a fantastic tournament but his final may have been marred by illness after French publication Le Parisien reported that he may have suffered from gastroenteritis.

"N'Golo Kanté was actually sick in the historic final of the football World Cup between France and Croatia," Ronan Folgoas wrote.

"According to our information, the metronome of the French game was suffering from gastroenteritis. This probably explains much of the decision of Didier Deschamps to substitute him in the 55th minute of play." 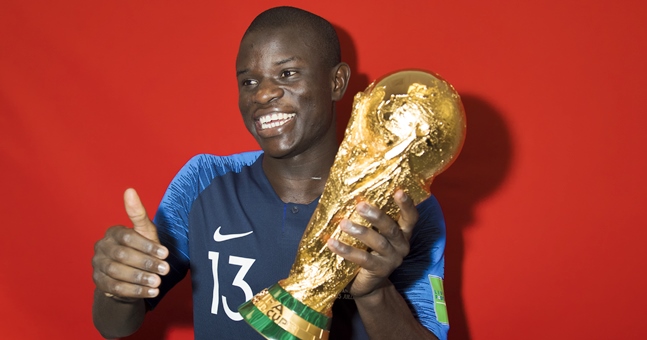 Chelsea teammate Eden Hazard hailed the midfielder as the best in the world in his position before the World Cup started and added that the Blues chances of winning increases significantly when he played.

'I play all year with Kante,' he told beIN Sports.

'He is the best in the world in his position. When he is at his best, you have a 95 per cent chance to win the game.'


popular
Shane Lowry on his Tuesday duels with Rory McIlroy at The Bear's Club
Gary Neville confirms he will work for Qatar's beIN Sports during World Cup
Predicting the 31 biggest knock-out championship games around Ireland this weekend
Ex-Anthony Joshua opponent hopes Chris Eubank Jr gets brain damage
QUIZ: Name the 2018 World Cup Goalscorers
Richard Dunne slams Man United for pandering to Ronaldo during games
Sean O'Brien to join Naas RFC so he can play All-Ireland League rugby
You may also like
2 weeks ago
Kylian Mbappe 'refused to participate' in France team photoshoot
2 months ago
Paul Pogba could miss World Cup due to knee injury
2 months ago
Ireland to receive big world rankings boost after All Blacks triumph
3 months ago
Kylian Mbappe almost quit international football after Euro 2020 penalty miss
5 months ago
Why Karim Benzema wears a bandage on his hand when he plays
6 months ago
Paul Pogba makes 'sad' Man United admission as he issues contract update
Next Page