"He looks a Shadow of himself."

England drew 0-0 with Scotland, making it the first ever nil-nil game at Wembley, but in truth, they were lucky to get out of there with a draw. At full-time, the ITV pundits were discussing what went wrong for the English and in particular, Harry Kane.

While Ian Wright was mystified about the decision to sub Kane off, especially when England are desperately seeking a goal, Graeme Souness believes that the Spurs striker was way off the pace tonight.

"The (Scottish) centre-backs had an easy night against him", said the proud Scotsman. "Harry Kane looks like a shadow of the player we now he is. 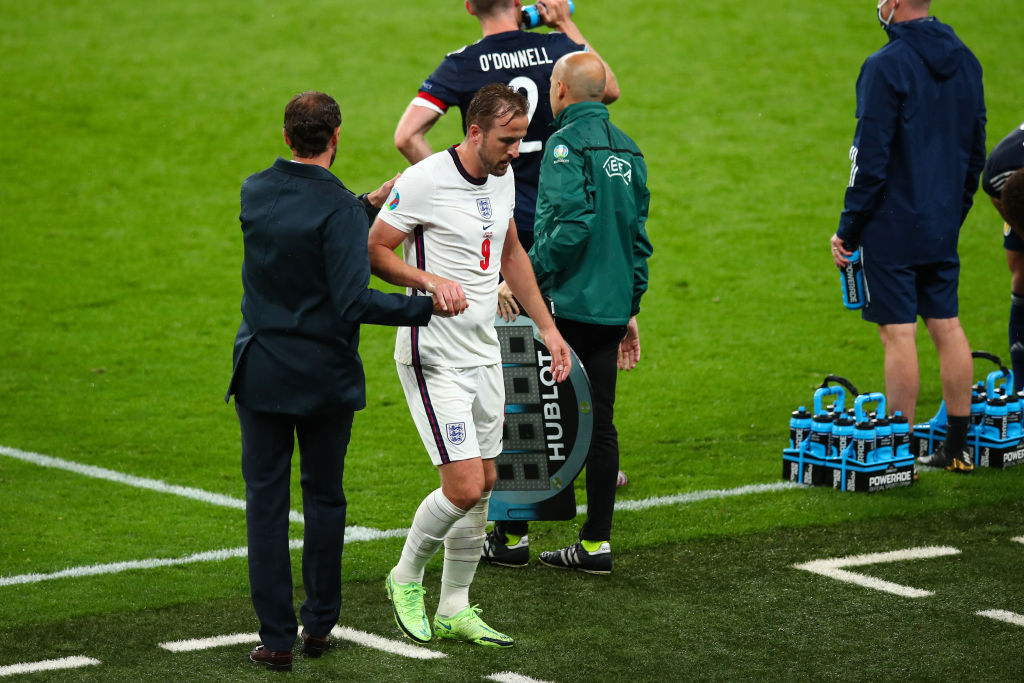 "In the two games, he looks leggy and  lacking in enthusiasm. I know for a centre-forward, and anyone will tell you this, is 90% relying on the kind of passes he's getting and he's not getting a great deal from that midfield.

"That England midfield by the way, that ain't working, I don't care what anyone says. Harry doesn't look himself, he looks jaded, he looks tired, and this is a guy that's set for a big move this summer.

"He needs to waken himself up, he came off flat in the first game - is he carrying something? He looks a Shadow of himself."


popular
Ireland make respectful gesture during Parade of Nations at Olympic opening ceremony
The JOE Friday Pub Quiz: Week 253
Cormac Egan's interview after Offaly u20s beat Dublin is everything that is pure about the GAA
After seven years in charge, Armagh have a big decision to make on Kieran McGeeney
Absolutely no doubt who was the top pundit of Euro 2020
Pre-match rituals - What it's like in the Croke Park changing rooms before a game
"Any team I've been involved in over the last five years, they've been way above their station" - GPS stats gone too far
You may also like
2 days ago
Marcus Rashford hits back at claims he "benefits commercially" from charity work
2 days ago
Marcos Rojo wields fire extinguisher amid tunnel brawl after Boca Libertadores defeat
3 days ago
Everton make statement as player suspended pending police investigation
5 days ago
Sean Cavanagh and Pat Spillane tear into each other in entertaining half-time side-show
5 days ago
Michael Murphy endures nightmare five minutes at Brewster Park
1 week ago
Footage surfaces of Southgate asking Rashford, Saka and Sancho to take their penalties
Next Page