Two Premier League clubs are stepping up their efforts to sign Nathan Collins, according to reports.

Leicester City and Wolverhampton Wanderers are understood to be keen on signing the Republic of Ireland defender ahead of the new Premier League season.

Burnley are also said to have set their price for the 21-year-old and will let Collins leave if a club meets their valuation. 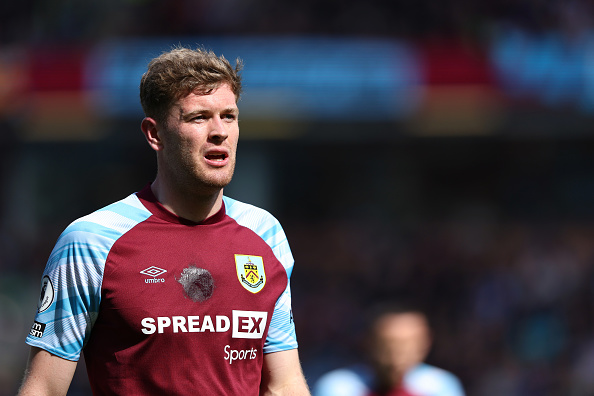 According to The Sunday Mirror, Burnley are prepared to sell Collins for £25m.

END_OF_DOCUMENT_TOKEN_TO_BE_REPLACED

That transfer fee would be over double what Burnley paid Stoke City last summer to sign the defender (£12m).

It would also make Collins the most expensive Irish player in history, eclipsing the £19m Liverpool paid Tottenham Hotspur for Robbie Keane in 2008.

END_OF_DOCUMENT_TOKEN_TO_BE_REPLACED

Meanwhile, The Sun report that two clubs are leading the race to sign Collins - Leicester and Wolves.

Leicester need defensive reinforcements after a season which saw them concede 59 goals.

While Wolves are looking for a new central defender after Romain Saiss left the club at the end of last season. 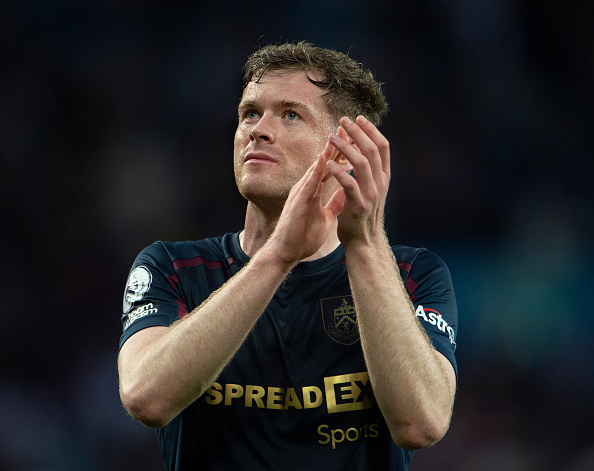 Collins, who has also been linked with moves to Leeds United and Aston Villa, didn't rule out leaving Turf Moor when asked about his future after Ireland's 1-1 draw with Ukraine.

"Who knows? I don’t know myself," Collins told reporters, before praising his new manager at club level, Vincent Kompany.

"Obviously he’s having a tough few days trying to settle in. He’s a lot of work to do so maybe in a couple of days I will.

"He’s a natural leader, isn’t he? He was a top player and has done it at the top level, he has shown that over many years and everyone knows how good a manager he is too.

"He has done a really good job with Anderlecht and I think he is a really top guy, from the outside anyway."


popular
Roy Keane cracked up Ian Wright and Gary Neville with England team spirit remark
'I was so stressed the week before the All-Ireland and I ended up having a panic-attack' - O'Shea and O'Sullivan open up
Roy Keane shoots down ITV presenter's 'excuse' for England's draw with USA
Wales supporter who travelled to World Cup with his son dies in Qatar
World Cup 2022 Day Seven: All the major action and talking points
The nine England World Cup footballers who could have played for Ireland
Amancio Ortega interested in buying Man United from Glazers
You may also like
3 weeks ago
Looking back at the best Tottenham vs Liverpool clashes of the past
3 weeks ago
Man City club doctor takes aim at Jurgen Klopp in deleted social media post
3 weeks ago
Player ratings as Man United beat West Ham thanks to Marcus Rashford goal
3 weeks ago
Liverpool Leeds player ratings: Crysencio Summerville stuns Reds at Anfield
4 weeks ago
Five talking points as Liverpool face Leeds at Anfield in a crucial Premier League game
1 month ago
Referee Bobby Madley to make Premier League return four years after being sacked
Next Page