You can't blame Mourinho for being so pissed off.

A few hours before kick-off. He'd normally be motivating the players, putting final tactical plans in place or perhaps revving himself up for the battle ahead. Instead, Jose Mourinho and his squad were sitting around like they were waiting for a delayed flight to Tenerife. That's because, as of 2pm on Wednesday, they still weren't sure if their game with Fulham would be going ahead.

With rumours abound that a coronavirus outbreak in the visiting team's camp would put the fixture in jeopardy, the Spurs coach was left in the dark with just hours to go before their 6pm kick-off. Of course he would be upset with an early cancellation, but that would be preferable to simply not knowing. And as is his recent want on social media, Jose took to Instagram to express his chagrin.

Panning across a plush lounge suite at White Hart Lane, the Portuguese focussed on the 2pm time showing on a television screen whilst posting the sardonic message: 'Match at 6 pm... We still don’t know if we play. Best league in the world' - the last sentence clearly dripping with sarcasm.

In the end, it was confirmed the game was indeed cancelled. With just a matter of hours to go.

As a club, Spurs accepted the decision with genuine grace, releasing this statement soon after the game was postponed. 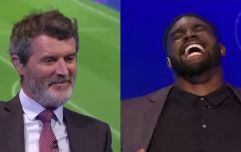 END_OF_DOCUMENT_TOKEN_TO_BE_REPLACED

We can confirm that our Premier League home fixture against Fulham, scheduled to take place this evening (Wednesday 30 December), has been postponed.

'The Premier League informed us of the decision this afternoon, with Fulham having requested the postponement on the grounds of the number of COVID-19 positive cases among their players and staff.

'Everyone at Tottenham Hotspur sends their best wishes to Fulham for a safe and speedy recovery to all those who are affected.

'Details of a new date for the fixture will be confirmed in due course.'