He did score, Michael...

Michael Owen was a top tier player before injuries took their toll, but it's safe to say he is not a top tier pundit.

During the half-time break at London Road today, where League One Peterborough welcomed Leicester City, Owen made one of his most baffling comments yet. 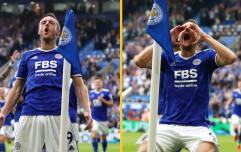 END_OF_DOCUMENT_TOKEN_TO_BE_REPLACED

Leicester went into the break 3-0 up thanks to a debut goal from Fousseni Diabate and a brace from Kelechi Iheanacho. For Iheanacho's second, Harvey Barnes was in acres of space, shouting for the striker to pass him the ball, but Leicester's number 8 had no intention of playing him through and expertly slotted the ball into the bottom corner of the goal.

Despite the fact that he scored, Michael Owen still insisted that Iheanacho should have passed to Barnes. Unsurprisingly people found this amusing and bemusing in equal measure. 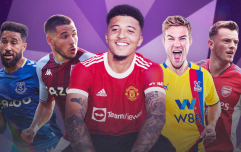 END_OF_DOCUMENT_TOKEN_TO_BE_REPLACED

It wasn't Michael Owen's finest hour with a microphone, to say the least. It's all the more surprising that he would come out with such a comment having been a goal-hungry striker in his hay day. Perhaps having hung up his boots, he analyses the game with a less single-minded approach.

I wonder how Owen would react if someone suggested he should have passed to Paul Scholes in 1998.


popular
The most Stone Age tackle you've ever seen gets South African lock straight red card
Galway fans' frosty reception for Davy Fitz doesn't make any sense
Michael Schumacher paralyzed and suffering from memory and speech problems
"Johnno went, 'We’re not moving! You're trying to mess us about!'" - Ben Kay recalls red carpet controversy
Ryan Manning hacked to the ground by Henri Lansbury in ruthless assault
'Brian was a genius... he would've killed you to even win a game of touch'
Final question of Ryder Cup press conference has Team USA in all sorts of trouble

You may also like
1 month ago
Leicester City fans apologise after Roy Keane and Ian Wright abused at Wembley
4 months ago
Leicester duo unveil Palestine flag during FA Cup final celebrations
7 months ago
Liverpool fans furious at VAR call that triggered their Leicester collapse
7 months ago
Calamitous Alisson error sees Liverpool collapse at Leicester
7 months ago
"You don't play for Brendan Rodgers if you don't do the dirty work. It's as simple as that."
8 months ago
The real reason behind James Maddison's remarkable football boots
Next Page