Carrick is looking for his first full-time role.

Former Manchester United midfielder Michael Carrick has emerged as a surprise contender for the vacant head coach's job at a League One club.

As reported by The Daily Mail, Carrick is being targeted by Lincoln City, with the 40-year-old looking for his first full-time managerial job.

The former England international was part of Jose Mourinho and Ole Gunnar Solskjaer's backroom team at Old Trafford and was the Red Devils' caretaker boss for three games earlier this season after the Norwegian was sacked.

Michael Carrick is looking for his first full-time managerial role and has emerged as a shock contender for the Lincoln City job. Carrick is considering it but undecided as of yet. [@SamiMokbel81_DM] #mufc

Carrick left United after his brief stint as caretaker boss. 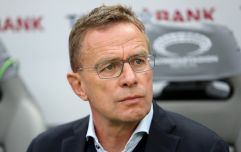 Ralf Rangnick will not coach Man United against Arsenal

END_OF_DOCUMENT_TOKEN_TO_BE_REPLACED

Carrick took charge of the 2-0 Champions League away win to Villarreal on 23 November, before controversially dropping Cristiano Ronaldo to the substitutes bench for the 1-1 draw at Chelsea. He also recorded a victory over Arsenal.

However, Carrick left the club after Ralf Rangnick was appointed as the club's interim head coach. Upon his departure from Old Trafford, he said: "My time at this great club will always rank as the best years of my career. When I first signed over 15 years ago, I never in my wildest dreams could have imagined winning so many trophies and I will certainly never forget the fantastic memories both as a player and as a member of the coaching team.

"However, after a lot of thought and deliberation, I have decided that now is the right time for me to leave the club. I want to place on record my thanks to all of the players and a special mention goes to the backroom staff, working long hours with such a great group of people has been a real pleasure and I have made some long-lasting friendships." 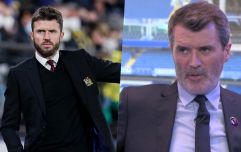 END_OF_DOCUMENT_TOKEN_TO_BE_REPLACED

Now, the former United midfielder is reportedly considering the Lincoln job but is undecided so far.

Lincoln are searching for a new manager after the departure of Michael Appleton in April. The Imps finished 17th in League One this season, 12 points clear of the relegation zone and 31 points off the play-off positions.

He won 34 caps for England, registering two assists during his international career.