The Dutchman makes three changes from the side that lost 2-0 to Liverpool on Thursday night.

Manchester United are 90 minutes away from a place in the FA Cup semi-final. To get there, however, they will have to get past in-form West Ham.

Louis van Gaal has dropped Memphis Depay and Morgan Schneiderlin from his starting line-up and has brought in Ander Herrera for the suspended Juan Mata.

Michael Carrick, who's defensive ricket gifted Roberto Firmino Liverpool's second goal, and Jesse Lingard are back in the XI.

On the United bench, alongside Schneiderlin and Memphis, is 17-year-old defender RoShaun Williams. The Manchester native has a schools running record, set in 2014, when he ran 100-metres in 10.99 seconds.

If Williams comes off the bench, this afternoon, he will be the 15th academy player, or graduate, given his senior debut by van Gaal. 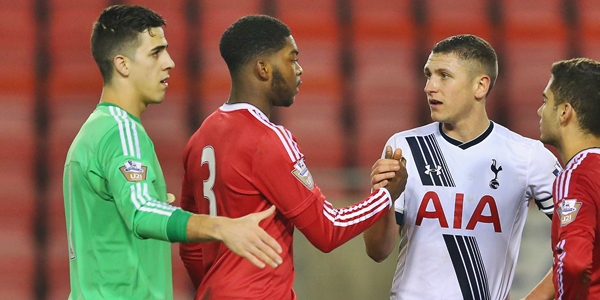 The Hammers have named Darren Randolph between the sticks for the last eight clash.

Also included is Mark Noble, who closed the door on ever playing for Ireland this weekend.