You've got a little something...

He stopped short of the old "is that the Pope" classic or pointing to a stain on Richards' shirt before running his finger ingeniously from his chest up to his bowed face, but Matteo Darmian is a little rascal.

The Manchester United right back impressed during his first outing against Spurs last week and, throughout another win and clean sheet against Aston Villa on Friday night, he gave away some of his tricks. Some of his very special, secretive tricks.

END_OF_DOCUMENT_TOKEN_TO_BE_REPLACED

It might've seemed strange that he was the one appointed to keep an eye on Aston Villa's bull, Micah Richards, for set pieces but perhaps his subtle distraction techniques are why he has made the cut.

Darmian was trying to take Richards' mind off the incoming corner by telling the Villa captain - on-field captain - that he had what we can only assume was snot coming from his nose.

And Richards falls for it.

Ignore him, Micah. Ignore him. 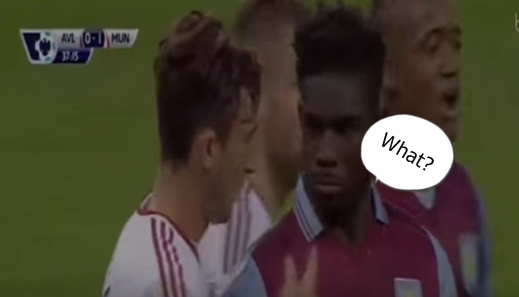 This is actually happening. 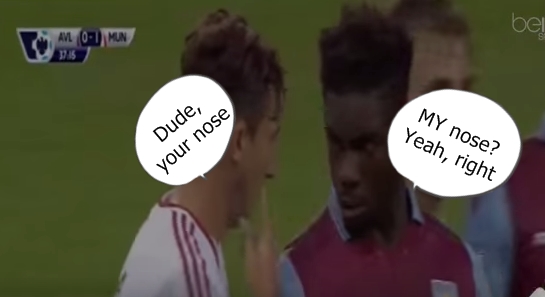 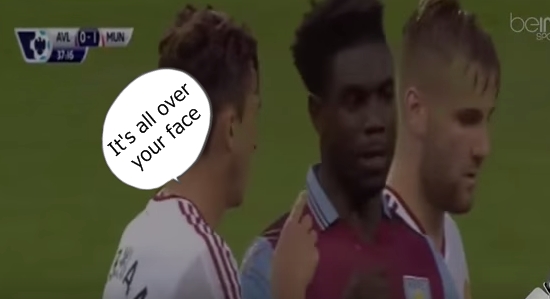 He's done this to me before when I played for Fiorentina. 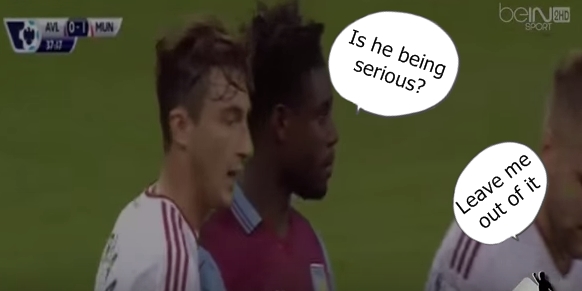 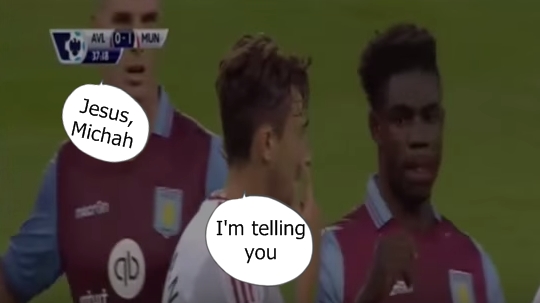 This is the face of a man being talked around. 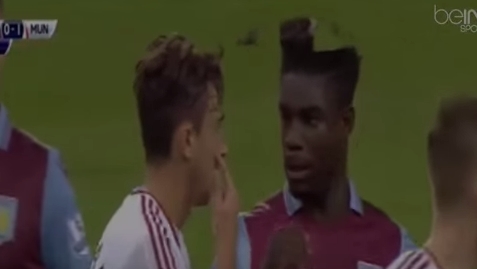 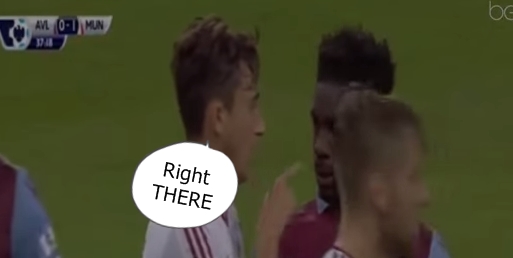 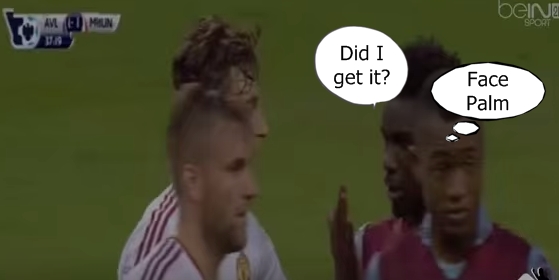 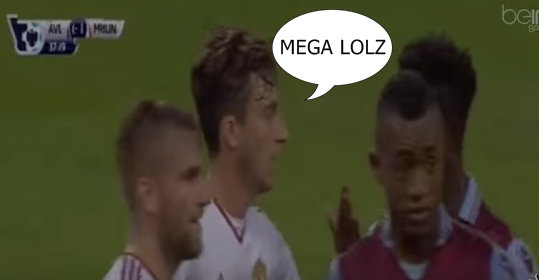 Meanwhile a corner is coming in.

When the snot trick doesn't work, Darmian has another. The old grab-him-round-the-neck play.


popular
Paul O'Donovan busts the cliches and leaves the mystery behind him in one more emphatic interview
Ireland's rowing heroes on what everyone was shouting as they beat Team GB to bronze
Next time someone doesn't cut you slack for commuting to training, show them Joe Canning's words
Aidan O'Shea on gym work, training over lockdown and the importance of younger players bulking up
Warren Gatland with great response after being asked if he'll set up Twitter account
People are shocked after finding out how much an Olympic gold medal is actually worth
BREAKING: Grainne Murphy issues heartfelt statement as she retires from international swimming
You may also like
2 weeks ago
Man United given permission to make approach for Raphael Varane
3 weeks ago
Man United could land Eduardo Camavinga at bargain price
3 weeks ago
Raphael Varane reaches "pre-agreement" with Manchester United
4 weeks ago
Man Utd won't pay over the odds for Raphael Varane after Sancho deal
1 month ago
Luke Shaw hits back at "obsessed" Jose Mourinho after latest criticism
1 month ago
Eduardo Camavinga's representatives 'to meet Man United next week'
Next Page