Matt Doherty continues to impress in a team which cost a lot to put together.

In the past two years, Wolverhampton Wanderers broke their transfer record on three occasions but Doherty has been at Molineux long before the ownership of Chinese conglomerate group Fosun International.

In September, Doherty was voted PFA Fan's Player of the Month, beating out the likes of Sergio Aguero and Eden Hazard for the award.

The Irish full-back looks reinvigorated under Nuno Espírito Santo and Doherty has credited his manager's focus on diet for his remarkable upturn in form.

"He asked me how my body fat was," Doherty said in an interview with the Daily Mail. "He obviously knew it was really high, he must have seen the tests we’d done. Everyone was coming in wearing t-shirts, I was wearing a jumper – trying to sweat everything out!"

At his heaviest, Doherty weighed 92kg (14.5 stone) but after becoming a pescatarian, the 26-year-old has lost almost a full stone. 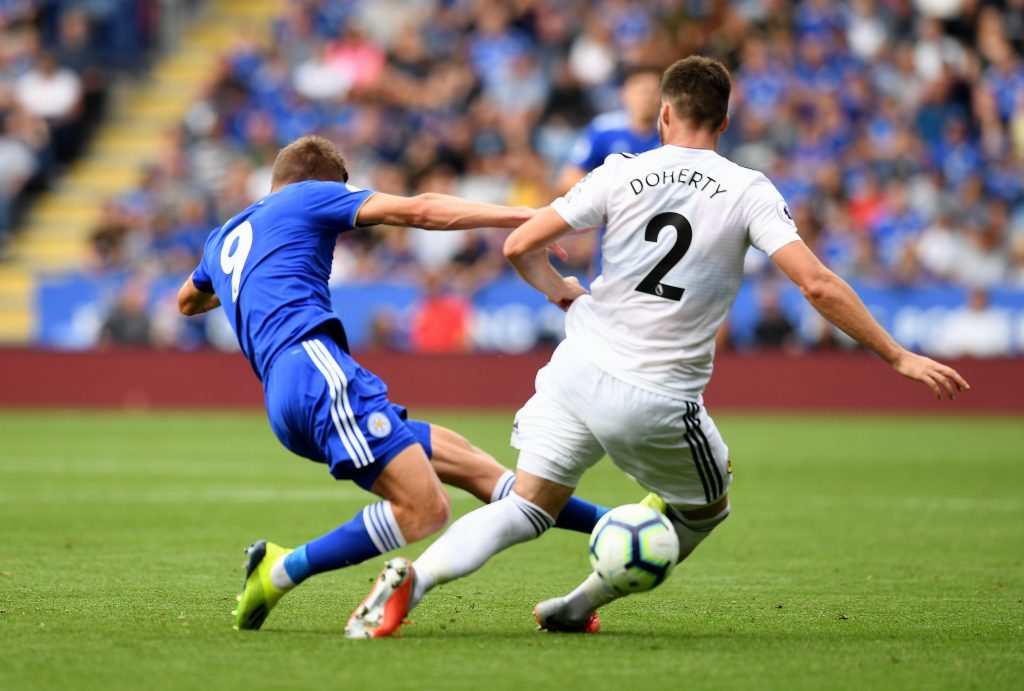 Doherty's turnaround has not gone unnoticed by Republic of Ireland boss Martin O'Neill, who handed the Dubliner his first start for the national team earlier this month.

END_OF_DOCUMENT_TOKEN_TO_BE_REPLACED

"I used to sit next to Danny Batth in the changing room and he was vegan. I thought, maybe I’ll try it," Doherty explained.

"I used to not eat that well. I would have microwaveable dinners, like pasta. It was mixed in with your fizzy drinks and sweets. No good.

"My missus Nikkea cooks. She did some veggie burgers at her mam’s house the other day. Technically I’m pescatarian now as I love prawns. And I still have the odd fizzy drink after a game. I’m not a saint."


popular
"Emotions will be charged" - Sean O'Brien backing Ireland for Triple Crown
O'Donnell sees red for standing his ground before O'Connor settles it
Tyson Fury's official purse for Deontay Wilder fight revealed
QUIZ: How well can you remember this season's Premier League results so far?
Broadcasting Wilder Fury fight on social media could result in huge fine
Tyson Fury reveals what happened when he sparred Anthony Joshua
“I hope I die every day” - Tyson Fury opens up about his depression and drug abuse
You may also like
1 month ago
Mick McCarthy talks up Idah and Irish ears are burning
1 month ago
Republic of Ireland team of the decade
1 month ago
Can you name the 50 Irish players to score 5 or more Premier League goals?
3 months ago
Kenny plays down half-time speech as Sweden stunned by Irish comeback
3 months ago
'I don't see what Jeff Hendrick did that Jack Byrne couldn't have'
3 months ago
Mick McCarthy and the value of players who do as they're told
Next Page