Keep your friends close and your enemies closer.

We can only guess at how most of the Manchester United players reacted to news that the club had beaten Manchester City to signing Alexis Sanchez.

Marcos Rojo though, it seems, was not thrilled at the prospect.

END_OF_DOCUMENT_TOKEN_TO_BE_REPLACED

The Argentine defender, currently on international duty, has opened up on his and Sanchez's fractious relationship when the Chilean attacker was at Arsenal, revealing that they would regularly insult each other.

"Alexis is a great player, but we didn't used to get on out on the pitch," Rojo told TyC Sports.

"Every time we came up against one another, whether in internationals or when United played Arsenal, I would give him a good kicking — and he did the same to me. On top of that I used to insult him, and he would reply in kind. 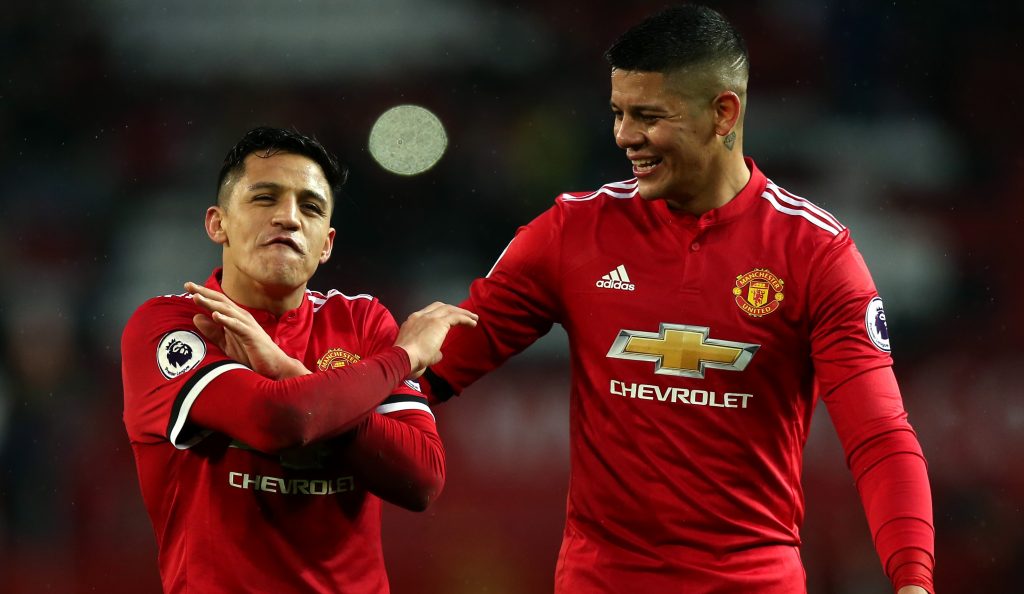 END_OF_DOCUMENT_TOKEN_TO_BE_REPLACED

Rojo has established himself as one of United's more robust defenders and, considering Sanchez's astronomical wages, Jose Mourinho pleaded with the Argentina international not to injure his former foe in training.

"We're going to sign Alexis. I don't want you smashing him up in training tomorrow. He burst out laughing."

Sanchez has struggled to produce his best form since arriving at Old Trafford in January but Mourinho recently claimed that we won't see the best of the 29-year-old until next season, presumably when he has fully settled in the United team.

While Rojo is involved with Argentina, he has not played for United since February 3rd as he continues his recovery from injury.


popular
"To be able to call myself the fastest man in Irish history is just amazing" - Olatunde overjoyed after record-breaking run
“Players flourished when Roy Keane left” - Rio Ferdinand on why Keane was a 'detriment' to Man United
The moment Israel Olatunde realised he qualified for the Euro 100m final is what it's all about
Jamie Carragher on the three Man United players Erik ten Hag can't trust
"I went up to the Italians and gave them a big auld shoulder" - Paul O'Donovan does it again
Jurgen Klopp reacted like everyone else to Darwin Nunez headbutt red card
Wexford, Waterford and Kilkenny down some good men as Australia calls
You may also like
22 hours ago
Man United now open to selling Cristiano Ronaldo this transfer window
1 day ago
Carragher and Neville brutally name Man United's biggest transfer flops since 2013
1 day ago
Jamie Carragher on the three Man United players Erik ten Hag can't trust
1 day ago
"Save it for the game!" - Owen Hargreaves on Man United fight before Champions League victory over Chelsea
1 day ago
Cristiano Ronaldo 'eats alone in canteen and questions Erik ten Hag's tactics'
1 day ago
Man United have 'decided to sell' promising midfielder James Garner
Next Page